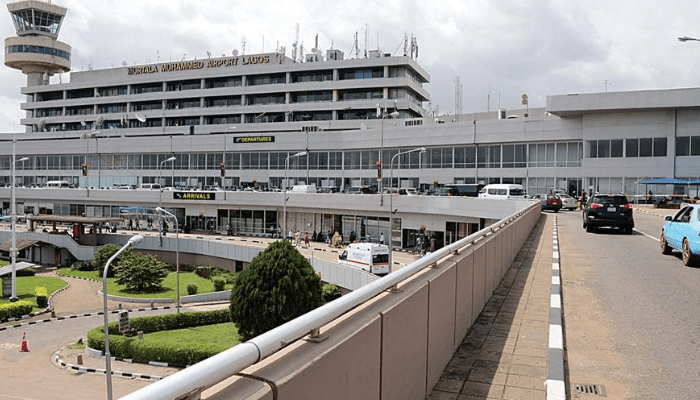 As the impacts of COVID-19 continue to hit various sectors of economy across the world, many experts have said the aviation sector appears to be the worst hit this period and a lot has to be done to win back the confidence of the travelling public.

While airlines wait for the ‘bounce back’ period, operators are however faced with the reality of responding to the impacts of the pandemic by finding best ways to mitigate costs.

One of such ways is to downsize the workforce in response to the reduction in fleet size as a result of reduced passenger patronage.

For instance, German airline Lufthansa cut 22,000 jobs as it struggles to deal with the slump in air travel caused by the coronavirus pandemic.

Ryanair is set to shed 3,000 jobs – 15 percent of its workforce – with boss Michael O’Leary saying the planned cuts are “the minimum that we need just to survive the next 12 months”

Nigerian carriers, which are also affected by the pandemic, last week had to lay-off some pilots and engineers just like their counterparts in other climes.

As at today, all the airlines are struggling in the face of traveller apathy, high cost of operations and other obligations. Air Peace with over 120 flights then has come down to about 20. Yet it has a workforce of over 3000 and multiple taxes that are not easing out.

In view of these realities, Air Peace last week had to painfully lay off 69 pilots and Bristow Helicopters laid off 100 pilots. Other airlines have also had to review the salaries being paid to its staff.

Air Peace last week stated that it has taken a very painful but rightful decision; in the circumstances it found itself as a result of the devastating effects of the COVID-19 pandemic on its operations and financial health, to terminate the employment of some of its pilots.

The airline stated that this decision was taken for the greater good of the company and its almost 3000 workforce, the affected pilots inclusive.

The airline said it cannot afford to toe the path of being unable to continue to fulfil its financial obligations to its staff, external vendors, aviation agencies, maintenance organisations, insurance companies, banks and other creditors hence the decision to restructure its entire operations with a view to surviving the times.

However, more reassuring was that Air Peace stated that when everything comes back to normal, those pilots affected will have a place to come back to in future if they so wish.

Despite the realities these airlines have had to face, aviation unions have however taken it upon themselves to frustrate the efforts of the airline in its recovery process by threatening to shut down the entire industry, while local pilots are insisting on regular pay despite the obvious.

Experts have said that the sheer irresponsibility of the union and recent threats to shut down the entire industry are worth interrogating.

The National Association of Aircraft Pilots and Engineers (NAAPE) last week issued a two week ultimatum to airlines that have sacked or plan to sack their pilots and engineers to reverse the decision or else they would withdraw their services to the airlines.

The Nigeria Labour Congress (NLC) last week also said it will not hesitate to mobilize the weight of the entire Nigerian workforce to the premises of Turkish Air, Air Peace and Bristow Helicopters if its demands to reinstate sacked workers in these organizations are not met within two weeks.

The NLC in a letter signed by Ayuba Waba, its National President, read, “As agreed between labour and Employers’ associations, social dialogue should be used to resolve industrial concerns instead of the current resort to unilateralism. We will not hesitate to mobilize the weight of the entire Nigerian workforce to the premises of Turkish Air, Air Peace and Bristow Helicopters if our demands are not met.”

However, Seyi Adewale, the chief executive officer of Mainstream Cargo Limited told BusinessDay that Air Peace had earlier resorted to social dialogue in a bid to reach a win-win situation on best modalities to adopt to resolve the issue but the workers wanted to have it their own way.

Adewale said, “On the side of the union, rather than insist they will shut down if their demands are not met, I will suggest they come together and agree on a win-win situation.

“For instance if an airline has 100 pilots but had to scale down its fleet as a result of low passenger patronage, then they have to allow for redundancy, pending when it can fully utilise its fleet again and call back these workers.

“There has to be a form of negotiation between the owners of the business and the pilots and this was exactly what Air Peace was trying to do then. Air Peace has started negotiations with the pilots to reach a win-win situation but the pilots wanted to have it their way which shouldn’t be so.”

He insisted that pilots need to be considerate as no reasonable business man will want to run a business at a loss.

“The pilots say the owners of the business should not only be focused on making profit but I would like to ask, who would pay for the losses? Airline operators are going through a lot now and they need to be considered,” he added.

Olumide Ohunayo, an aviation analyst, hinted that in this era, everybody needs to ‘calm down;’ from the unions, to the workers, to the airlines, most importantly to the regulators and the supervising ministry.

Ohunayo said the airlines at this time cannot be threatened, abandoned or left on their own.

He condemned the action of the unions who recently threatened that the airspace will be unsafe for flight just because they had disputes with two airlines.

“What we are having now is a 40 to 50 percent confidence level in passengers. This means we are having 40 to 50 percent load factor compared to what it was before the COVID-19. This pandemic is the worst ever for the industry. We have SARS, 9/11, financial meltdown and all these affected airlines but for the first time, this pandemic affected the whole region and aircraft were grounded.

“Aircraft manufacturers are bleeding. Everyone in the industry is bleeding and in so much pain. When airlines cannot fly, park aircraft, reduce frequency, what happens is that staff attached to such aircraft whether they are pilots or engineers, will have to step aside pending when they return to full operations.

“The priority here is for airlines to get back to full operations. There is very little happening in the Nigerian airspace now. Even Lufthansa that has collected palliatives from their government is downsizing. So, what is the big deal? There is a need to re-orientate the unions, the government and the agencies to see that it is a time that we all need each other,” Ohunayo said.

John Ojikutu, member of aviation industry think tank group, Aviation Round Table (ART) and chief executive of Centurion Securities, told BusinessDay that the intended lockdown of operations by unions is another reason why flights will drop more or disappear from the sky.

“We never had anything near 25 percent of what you find in Europe, Asia or America before now or pre COVID-19. What the unions are doing now in Nigeria is to kill the industry,” Ojikutu said.

Experts in the aviation sector have said the federal government’s support is needed to sustain the airlines.

Seyi Adewale told BusinessDay that this is a good time for the government to intervene by talking to the unions, adding that the government should also help the airlines in mitigating these losses.

He stated that locally and in Nigeria, government can consider expanding definition of aircraft spare parts to include other important aircraft items such as brake ASSY, safety appliances, rafts, aircraft tires in order to enjoy 0 percent duty waivers

Olumide Ohunayo said the most important intervention needed is the palliatives from the government to the airlines and all arms of the sector that needs these palliatives because there is an urgent need to save jobs.

“Even the N27billion palliatives which appear to be insufficient for the industry will not be available till next year. Why are they waiting till next year? Do they want to wait for those who will survive it? Or waiting for new airlines to share from the money? Why are we delaying till next year?” Ohunayo inquired.