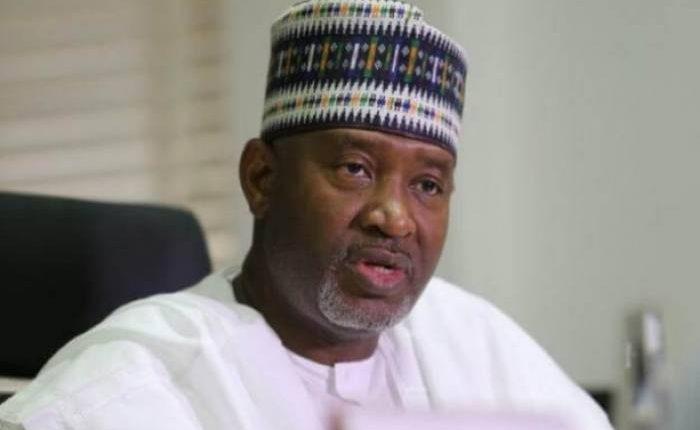 A total of 134 projects were completed and commissioned in the aviation sector within the last four years of the President Muhammadu Buhari’s administration.

Twenty-seven other projects spread across the nation’s airports have reached various stages of completion.

Minister of State, Aviation Hadi Sirika, made the disclosure on Tuesday in Kano,  during the commissioning  of  some of the multi-million naira projects.

According to the minister, some of the projects were inaugurated under the Nigeria Meteorological Agency (NiMet), Accident Investigation Bureau (AIB), as well as the Doppler Very High Frequency Omnidirectional Radio Range.

“Kano is part of 157 projects initiated and undertaken by the government in aviation sector between 2015 and 2019.

“We are in Kano today because in Kano we have done a lot. Few of them for example under NiMet, we have commissioned the regional office which will serve the seven north Western states”, the minister said.

Sirika further gave the breakdown of projects’ locations thus: ” the office which will also serve this zone and I think AIB has four offices in Lagos, Enugu, Abuja and Kano and we have commissioned that of kano.

“Also, on the part of the Nigerian Airspace Management Agency (NAMA), we have commissioned the DVOR which is the Doppler Very High Frequency Omnidirectional Radio Range equipment and the Instrument Landing System equipment and the radios for communication.

“These things that we do in aviation most of them are not things that the passenger or traveling public can notice and see because there are remote away from sight but they make aviation very safe and secure and also in addition very precise.

“They are intended to bring down airplanes safely and also take them up to their various destinations. This is part of what we do that passengers don’t see. So more than 90 per cent of what we do are off the eyes of the people”.

He explained that there was more to the aviation sector, than the construction of terminal buildings as, according to him, there are other technical infrastructure that are outside the public lens.

“Aviation is not about terminal building, it is about quite a number of things that are working together. Terminal building itself is of significant importance because it creates the atmosphere and the ambience to drag towards us the people who would be flown all over the place. In that way it makes our jobs worth it and also it makes us improve upon our services and then our revenue generation.

“This is the first time that Kano has seen this significant progress and perhaps before the end of the year we will finish the international terminal and as you can see that currently, we are just doing the apron where the airplane will taxi and park and when that is done we will be able to deliver that project.

“So, the project is 19 per cent completed and we would want to score the 100 per cent because the contractor is on site, money is provided, it is just for him may be in few weeks of government will extend to July, it will be possible for is to achieve the 100 per cent just like we did for Port Harcourt and Abuja.”

The minister assured that “Lagos will also come up later in the year.”

Earlier during the commissioning the new managing director of the Federal Airports Authority of Nigeria (FAAN),Rabiu Yadudu, said efforts were on to ensure that the sector was brought at par with the rest of the world, in terms of service delivery, personnel and other benchmarks.

Yadudu said: “We are going to commission all the completed projects that have been undertaken in the last four years. A lot have been commissioned along the line but on this day, we said we should complete it.”

Speaking on his vision as FAAN’s MD, he said: “The primary vision is to make sure we move our institution which is the aviation sector forward to be at par with in terms of performance and functionality with the rest of the world and this involves improving our personnel, facilities, structures, procedures and processes; all aspect of airport operations and management”

“We are going to keep on working on that until we are sure that we have achieved what we set out to achieve”.

On the issue of airport certification, as well as facilities upgrade, he said the ministry planned to conclude the process at the  Port Harcourt and Kano airports this year, while Enugu, according to him, has additional issues that we shall also be able to conclude Enugu sometimes within next year.

Buhari to focus on job creation in next four years, Udoma says

Respite for passengers as NAMA continues calibration of ILS…