Pericomo Okoye: When a big masquerade exits the stage 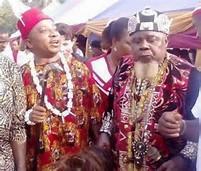 It was sad to learn of the demise of Pericomo on Thursday, February 16, 2017 at the age of 81. He was said to have died in a hospital in Okigwe, Imo State, after a brief illness. But legends never truly die. So Pericomo lives.