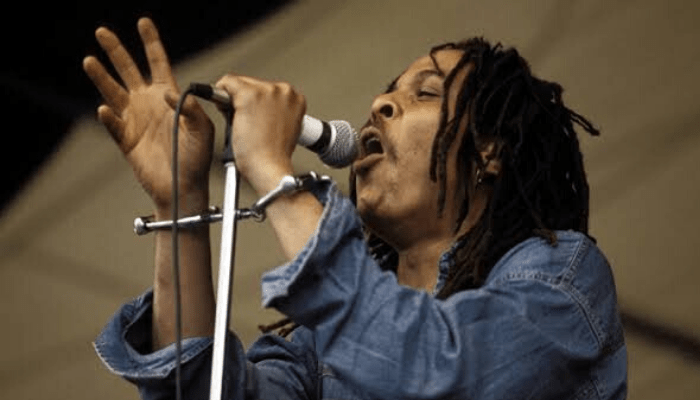 For the hip-hop generation, the name Majek Fashek may not ring bell, especially now that the once-popular reggae genre, which won the hearts of many Nigerians in the 80s, seems to have no artiste, fans and playing time on radio stations again.

Born as Majekodunmi Fasheke, the legendary musician who staged as Majek Fashek, was among the few Nigerian artistes who popularized the reggae genre with meaningful lyrics, incredible stage craft and huge followership.

He was popularly know as the rainmaker as rain is acclaimed to fall anytime he performed ‘Send Down the Rain’, his massive single of 1988, even during the dry season.

Sadly, he passed away on June 1, 2020 at 57 years in the United States of America. The rainmaker died during the rainy season and probably, the heavy downpour that day, bade him farewell, attesting further to his acclaim while alive.

However, his huge fans across the country and the world are insisting that the heavy downpour has finally fallen as they mourn him, and described him as a prophet and reggae artiste of unique style.

Majek started his music career in the early 80s with Jastix, a music group, which was best known as the in-house band on ‘Music Panorama’ show on NTA Benin. At that time, he went by the stage name Rajesh Kanal and also toured with other reggae groups, especially The Mandators.

However, he came to limelight after going solo in 1988 and shortly released ‘Prisoner of Conscience’, his debut album in 1988. The album was released to massive success and had the popular single ‘Send Down the Rain’.
‘Send Down the Rain’ became an anthem in Nigeria and won several awards. He consolidated on him fame with the release of ‘So Long for Too Long’ in 1991.

From then, several successes followed until heavy drug and bankruptcy affected his career. Although he made several comebacks, he never remained the same.

For Orits Wiliki, a reggae musician, the Nigerian music industry has lost an icon and no musician can be like Majek Fashek.

Facebook could face employees ‘revolt over ‘abusive relationship’ with Trump