Released on Children’s Day, Adulthood Anthem by Lade caught the attention of millions as young adults transitioning to adulthood couldn’t help but reminisce about the good old days when their parents were responsible for their well-being, but growing up, living on their own terms, and starting a family has taught them that life isn’t as simple as they had imagined.

Omolade Racheal Oyetundu, better known by her stage name Lade, capitalised on the feelings of young adults, saying “it’s like everyone was waiting for someone to put it into a song” and the viral video “Adulthood na scam,” in which the singer and a group of her team sang the chorus of the song and released on Children’s Day.

Born and raised in Mushin Local government in Lagos as an only child to Mr. and Mrs. Oyetundun who trace their origin to Kwara state, Ladé’s parents have been her support in her education and her talent as a singer from a young age.

“I’ve been singing all my life but I started doing music as a profession in 2015,” the singer says. In 2020, Airtel’s 444 commercial was on everyone’s lips and while millions sang along as the song played on the radio, TV, and pop-up ads on platforms like Youtube, millions who loved the song did not know Lade was the singer behind the song.

Her cover for Simi’s ‘Duduke’ brought Lade viral fame in 2020, as it gained more than 20,000 views on social media but even though she has recorded TV and radio commercials for various brands, it’s the Airtel’s 444 that gave her the recognition her talent needed.

Just like most trending songs, ‘Adulthood Anthem’ was thought to be a hit song initially at least according to Ladé “The initial plan was to jump on her producer’s beat with a ‘love song’ but “who has time for love these days,” she said. “It’s not like we planned to do the song, it was just me trying to keep up with my engagement on social media the way I do my covers and one-minute posts. So I thought I should do an original so people can hop on it,”

The Nigerian economy as we know it is challenged by factors including insecurity, corruption, inflation, a shift in government attention from the economy to general elections, a cut in production in the manufacturing sector, low consumption, rising unemployment, limited power supply, and many other factors.

Young Nigerians are forced to make a name for themselves and survive despite all economic woes. “looking at the economy and how things are tough on the ordinary Nigerian I just thought I should do something about adulthood being a scam,”

The singer spoke to BusinessDay about her personal struggles as an adult, which she said was part of the motivation for the song. “Obviously, the title did not just jump from the sky, it was personal,” Ladé stated. “I have to face the reality and tell myself that this is what it is and that music is what I chose to keep asking myself questions like ‘where I’m going to start from’ or ‘how I’m going to push through.”

After going back and forth on the title, they both came to an agreement to make the song about Adulthood, and to their surprise, it came out as a hit. She recalls her team hearing the demo song and asking her for the rest of the song, but she adamantly went back to the studio to complete the track as she just wanted something for TikTok and Instagram engagement. “ From the lyrics to the melody, you know it’s an anthem.” 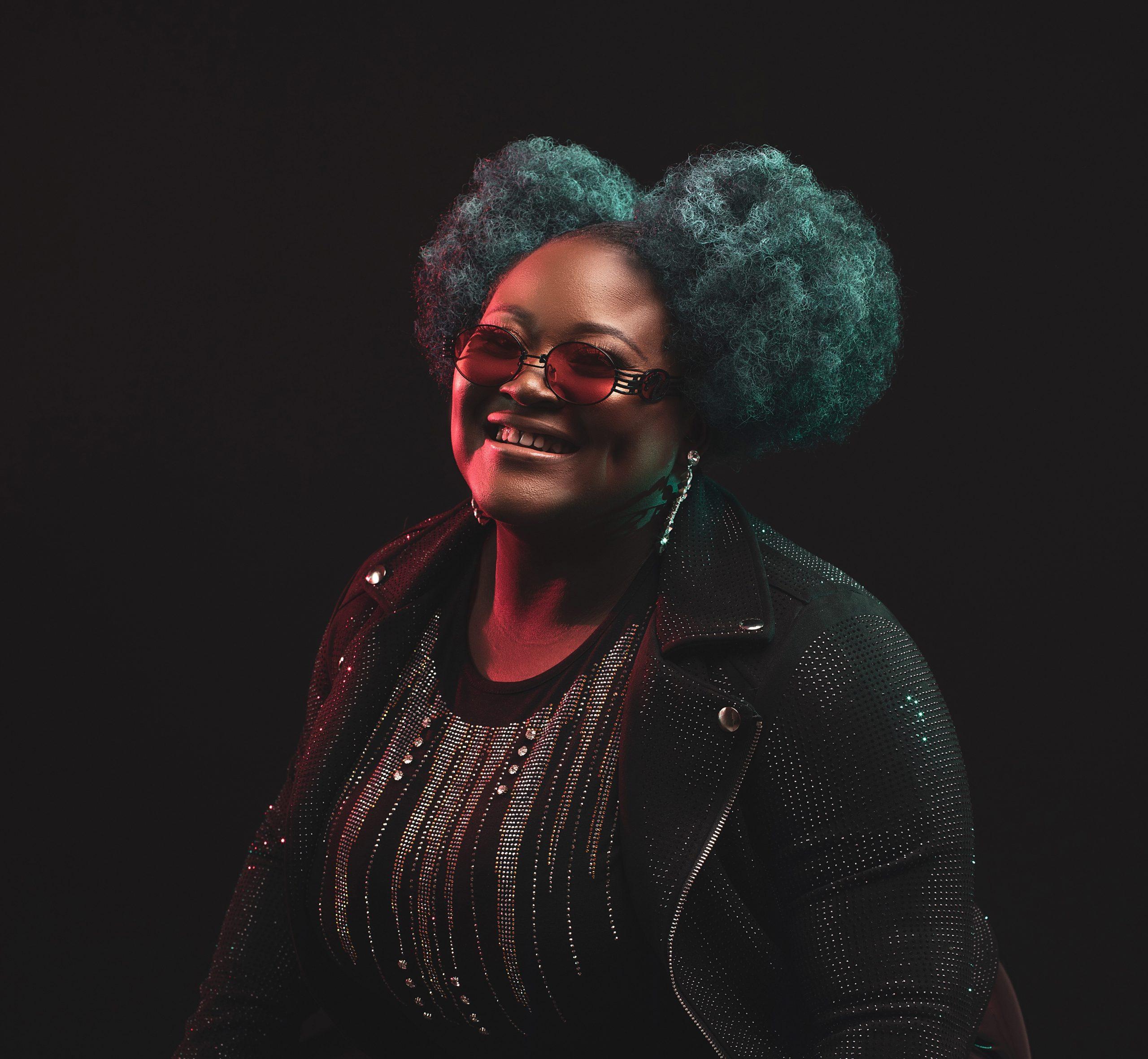 In just two weeks, the song has received over 2 million streams across all platforms, which is an incredible achievement for an independent artist. She has yet to consider signing with an established label as she is still enjoying the journey of being an independent artist exploring opportunities and being open to the possibility of collaborating with other artists. She is confident labels would be eager to capitalize on her immense talent. Speaking confidently she says, “when we get to that bridge we’ll cross it,”

According to her, her team made a purposeful decision to release the video on Children’s Day, and as a result, people reacted to the message the song was trying to convey, and the song received a great response. Over 200,000 videos have been made of her song, which has had over 3 million plays on her Tik Tok account.

When speaking on the effect TikTok has on music and Afrobeats and if there is pressure for artists to create trend-worthy songs she responded saying “I think the use of social media for song promotions is the new thing now. It looks more like someone trying to sample a business idea and needs the people’s opinion to know the right direction to go depending on their reaction.

“The nature of the song, the relatability, and the vibe the song brings along can get the content creator on the platform to jump on it, and by that the song is already promoting itself and creating a bigger audience,” she adds.  Although Lade doesn’t believe it is the same path for every artist as there are different genres of music and not every song is as she calls it “TikTokable.” 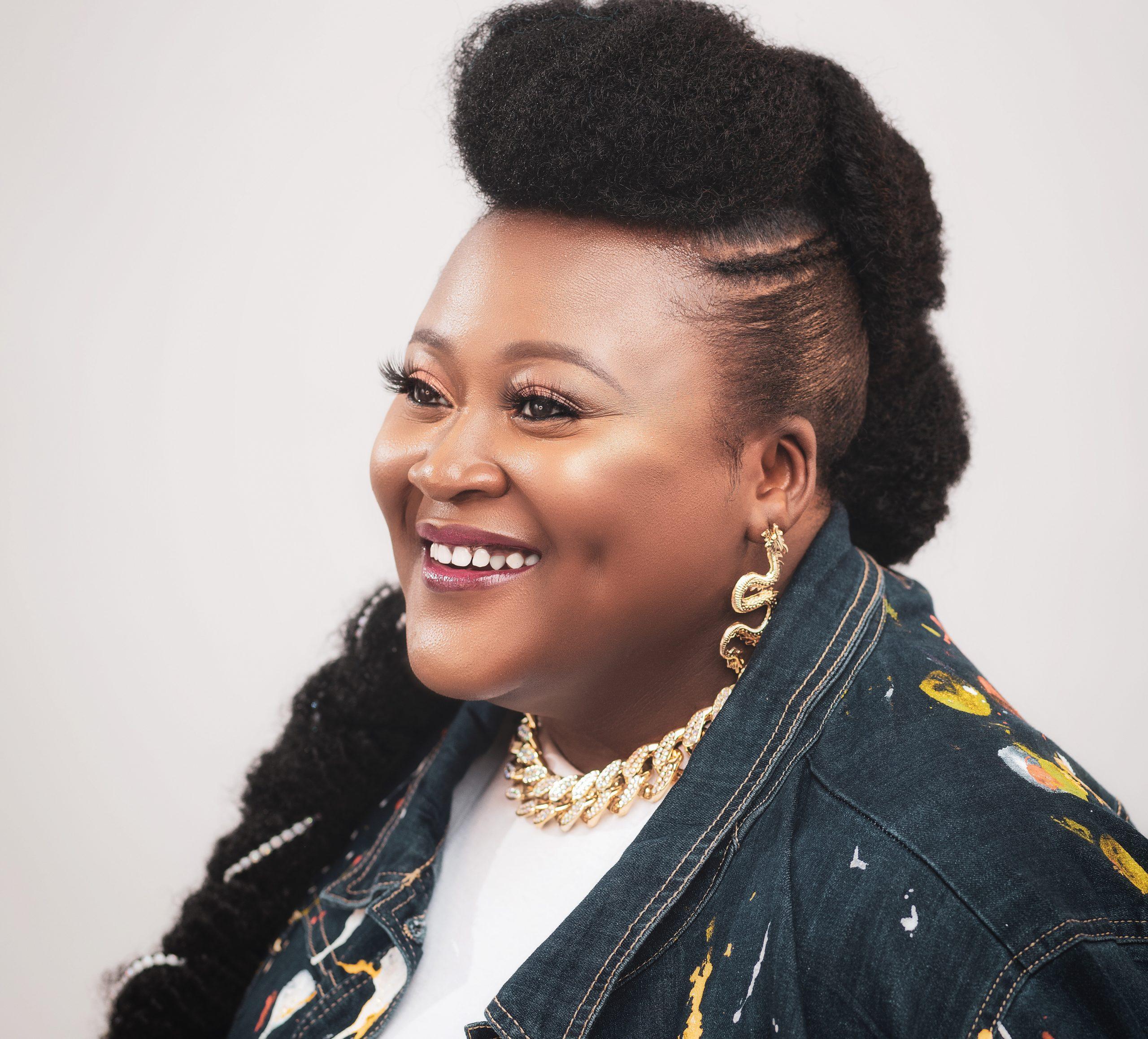 Ladé has grown her Instagram following from 20k to 100k since the release of Adulthood Anthem, and she has maintained a regular engagement by posting videos, reacting to, and liking comments, and even going the extra mile to respond to direct messages on those platforms.

I could see she takes her followers seriously when she talked about them, as she detailed each anecdote of great interactions with them, down to the ones who simply text ‘Hi.’ She expects her fans to be more expressive when messaging her on the social media app.

“In my DM, I am open to responding to messages, as long as it’s encouraging I’ll respond. When I do live videos and I bring them up and we talk, so it’s a good relationship with my fans so far,” she says.

Ladé also discusses the need of having support structures in place, such as labels or investors that will promote artistes’ work.“Everything in the music industry revolves around money; you need money to promote a song and engage certain people in order to keep the song on the airwaves and in front of people’s ears and eyes,”

She also suggests that, in addition to having the talent, they should have someone on their team who understands the economic and legal aspects of music.

“I believe Lade will be a global brand recognized worldwide. I want my songs to be on everybody’s playlist. Taking Afrobeats music to the world,” Ladé says as she projects how she wants her career path to look like

For her final words to her fans and supporters, she encourages them to keep up the support and from the tone of her voice over the phone one could tell her appreciation of how far she has come because of these people.

She also asked that they stay true to their dreams “Consistency is key and stay true to your hustle, keep doing it like no one is watching.”

Project X: Celebrating a decade of excellence in photography

What to know about director of ‘Buga’ music video