‘I keep learning the business of music to know the sounds to create, the right artistes, target audience’ 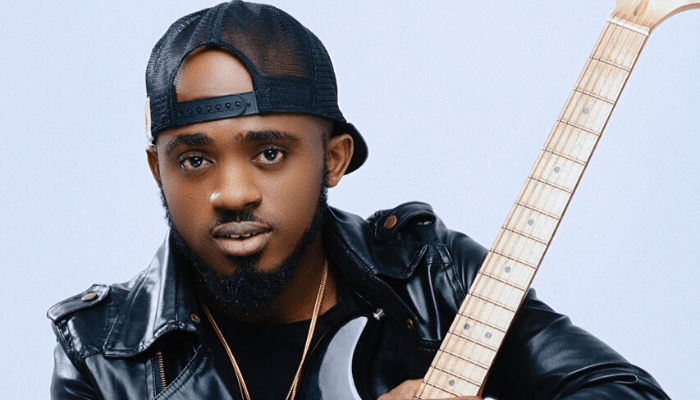 Ifiok Effanga, who stages as Fiokee, is a Nigerian ace guitarist. The Akwa Ibom State-born entertainer, is known for his treble guitar solos infused with highlife steeped guitar lines. In two decades as a guitarist, he has contributed to over 70 percent of hit songs in Afrobeats with his guitar sounds. In this interview, he tells Obinna Emelike what endears him to artistes and fans, his inspiration and plans.

Congratulations on your many feats. But why being a guitarist?

Guitar has always been my strength because of my foundation. I started playing in a band where we had singers, drummers, bassists and others. So, there was division of labour, though I used to backup the singers then. It means I can still sing today.

But for over my 10 years playing in a repertoire band, It has always been like that. So, I just decided to focus on the guitar more. I plan to add singing to my guitar career. I have already done that with my track Very Connected, which featured Flavour. I sang the hook.

You are acclaimed Africa’s No. 1 guitarist, do you truly live up to that billing?

All I can say is that I have been able to put a structure around my brand, which is helping me achieve that.

How has it been for two decades as a guitarist and 10 years as Afrobeats recording guitarist and what is the difference between the two roles?

The 20 years a guitarist is my whole experience from the grassroots and my whole guitar journey from learning process, playing for different bands, jazz group, Church instrumentalist, and studio recordings.
But the 10 years is my experience in the mainstream platform as a recording guitarist and also a performing guitarist on both studio and stage. Over the years, you have been associated with many artistes, some as their official guitarist,

what do you think endears you to the many artistes/clients?

I was Dbanj’s official performing guitarist for four years. After recording on his track Scape Goat, I joined Flavour in August 2014, also as his performing/studio guitarist.
The reason I work with so many artistes on their recordings is that
they trust my delivery. I understand what they called ‘market’ in my choice of sound, good business relationship and I protect their sounds. Most importantly, I have always been consistent in
my delivery over the years.

What inspires your great sounds and recently, your music?

Music is spiritual. You have to be in the right state of mind to create a good sound. So, my inspiration comes from God first, then pure heart, peaceful mind, and a very good atmosphere that do not need distraction. Most importantly, I have been through a lot in life.

I pour all my emotions and struggles into my creativity.These are my inspirations.

Why did you switch from offering music artistes hit sounds to releasing your own singles?

Over the years, I have given so much to the artistes. So, I feel that I deserve the same energy too.

Looking at ‘Independent Woman’, your first singles and ‘Osan’, your latest, has there been improvements and what are you doing to ensure such feats?

There have been a massive improvement. I keep learning the business part of the music and that helped me a lot to know the direction of sound to create, the right artistes that will deliver the sound and also my target audience to channel my music to.

How easy do you get top music artistes to feature in your music?

It is not easy. I appreciate each and everyone one of them that has responded so far. I am truly grateful.

Over 500 songs in 20 years is a big feat, what more do fans and the music industry expect from you?

I am dropping a new track in early July and then possibly an EP will follow up in August.

Oba of Benin in decisive intervention, says godfatherism must end