Hembadoon; the new kid on the block, debuts with ‘Lady’ 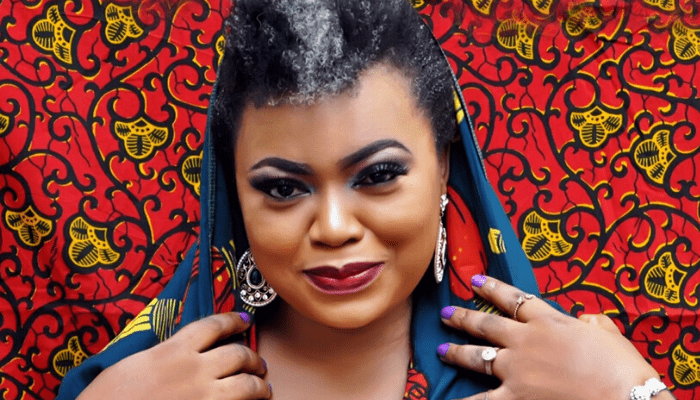 No doubt, the Nigerian music industry has continued to grow with the introduction of new artistes and different sounds. One of the new artistes ready to excite music lovers and impact the industry now is Hembadoon.
The artiste, whose real name is Morenike Peter-Thomas, stages as Hembadoon, and is truly the new kid on the block.

She is a seasoned singer and songwriter with a wealth of experience in musical art and performances, as well as, public relations and advertising. New on the scene, Hembadoon is debuting in the music industry in unique style. She introducing herself to would-be fans and industry stakeholders with a new single she calls ‘Lady’. The single features few lines almost as though a subtle response to Afrobeat Legend Fela’s song with the same title. However, she says it is not a rebellion but an embrace of the new culture, the one that exalts women – especially the Nigerian woman for her strength and ability to hold her own, while multitasking as a caregiver, entrepreneur and/ or business executive in her chosen field of expertise.

Explaining further, she says Lady is a song of empowerment, of self-realization and self-assertion. “It speaks to the strength the modern-day woman possesses, an innate existence that makes her the well-rounded complete being with the potential to be any and everything she wants to be. ‘Lady’ is the song for everyone who believes in the woman, respects the woman, loves the woman and wants to see the woman win”, she says.
Hembadoon is of the opinion that women have always changed the world, and women will continue to change the world. “Once upon a time, being such a woman earned you derogatory names, but ‘Lady’ is about the new breed of women who are not stifled, and they are unashamedly proud of their strong personalities and continue to embrace it for what it is”, she explains.

The artiste, who has been a behind-the-scene player on the Nigerian entertainment scene, working as an Abuja radio host earlier in her career and as a PR executive for some corporate record labels and public figures for about half a decade, says she identifies as such a woman. She calls her song a potential anthem for women all over the world. She says Lady is so timely as it complements the voices in Nigeria calling against those trying to take power from women through rape and domestic violence, as well as, the Nollywood #MeToo movement, aimed at exposing #SexforRoles in the Nigerian movie industry.

For would-be fans, Hembadoon offers reasons her music is a must-listen and exciting. Her music is detailed, with carefully crafted text and vocal dexterity. She has a unique sound and delivery, combined with excellent songwriting skills that carries the listener on a journey into her world of musical experiences. The creative use of language also tells a musical tale, and Hembadoon explores different Nigerian languages to create the melody on her music projects, aimed at captivating any audience and lover of good music.
However, she hopes to introduce more unique sounds for lovers of good music everywhere.

Adekunle: The golden artiste and his craft

Music can bring healing to the world, says Nome