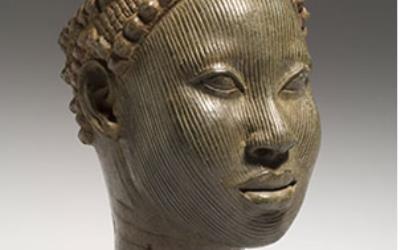 Earlier in June, some concerned Africans and heritage lovers started a seeming online protest to pressurise Christie’s, a British auction house, to stop the public sales of some stolen African objects at the African Art Sale at its Paris salesroom auction on June 29, 2020.

The works include; Alusi or “sacred sculptures”, a pair of Igbo objects, a fish sculpture, among others. While Alusi were removed from Nigeria during the civil war by Jacques Kerchache, a French collector of African art objects who died in 2001, the fish sculpture, made in Benin Kingdom, was among the objects looted by the British army during the punitive expedition by United Kingdom force in 1897, among other African works.

According to the protesters, the works, representing African heritage and history were stolen several decades ago, while debunking claims of legitimate acquisition by present owners of the works, museums and auction houses.

The protests were followed by an online petition with the hashtags Blackartsmatter and Myheritagematters, which collected more than 3,000 signatures demanding the auction be halted.

The petition said “as the world awakens to the reality of systemic racial injustice and inequality, thanks to the # Blacklivesmatter movement, we must not forget that it is not just the Black body, but also Black culture, identity and especially art that is being misappropriated.”

Moreover, the protests across notable museums in Europe, especially the United Kingdom, reignited calls for the repatriation of African artefacts in foreign museums and private collections.

Offering reasons for leading the campaign against the auction sales of the objects, Chika Okeke-agulu, one of the protesters, said while the removal and transport of the sculptures by Kerchache would be considered illegal now, it occurred before the 1970 UNESCO Convention, which formally prohibited the acquisition and transfer of cultural property.

Okeke-agulu, a professor of indigenous, modern, and contemporary African and

African Diaspora art history and theory at Princeton University in the United States of America, decried Christie’s description of the provenance of the works as having been “acquired in situ” between 1968–69.

Clearing the air on the acquisition, Okeke-agulu explained that the works were looted from the region of NriAwka in Nigeria, an area that is only 30 minutes away from where he grew up, during the civil war between Nigeria’s government and the Republic of Biafra, which seceded from Nigeria as part of an independence movement by primarily Igbo people, and the conflict lasted from 1967 to 1970.

For him, the works should not go on sale because they are stained with the innocent blood of Biafran children who died during the war.

“I write this so no one, including Christie’s and any potential buyer of these loots from Biafra can claim ignorance of their true provenance. These artworks are stained with the blood of Biafra’s children”, he said on his Instagram post.

Reacting to the sales, Okeke- Agulu has accused Christie’s and other art collectors involved in the sales of the objects of expropriation.

“To pretend we do not matter and what we think does not matter, for me is a recast of the colonial arrogance that we are still dealing with in other parts of the African continent, the professor lamented.

As well, the National Commission for Museums and Monuments of Nigeria (NCMM), which had contacted Christie’s on June 17, 2020 and had asked the auction house to suspend the sales pending further investigation into their origins, is not happy with the sales.

According to Babatunde Adebiyi, legal adviser for the Commission, NCMM was shocked that the sales of the contested objects went on, as the development posed a challenge to the Commission’s efforts at repatriating African artifacts abroad.

Meanwhile, the June 29th auction is not the first time Christie’s is neglecting calls against offering alleged stolen African artifacts in its auction sales.

In July 2019, a brown quartzite head of young king Tutankhamun was sold at auction in London for more than £4.7m despite Egyptian demands for its return.