Determined to build a crop of creative storytellers in Africa, Del-York Creative Academy, one of the foremost capacity building institutions in Africa, has announced plans to commence one-month intensive on-campus and virtual training programmes.

The training, which is scheduled to hold in the later part of this year, is expected to come with more robust training and innovative learning experiences.

According to the academy, the courses of focus in the programme include Acting for Film; Filmmaking; Cinematography & Set Lighting; Post Production, Fashion Arts & Crafts; Digital Marketing and Content Creation as well as Producing & the Business of Film.

BusinessDay understands that a new crop of talented creatives from across Africa and in the Diaspora are expected to converge in Lagos to be trained by the academy’s faculty of internationally renowned instructors, who would be flown into the country from Los Angeles in United States, to provide insight into the arts industry.

Findings show that Del-York Creative Academy had a successful training programme in 2019 that resulted in the grooming of rising storytellers across Africa. Though, due to the global pandemic that necessitated the innovative route of creating an online learning platform, the academy grounded the on-campus programme in 2020. 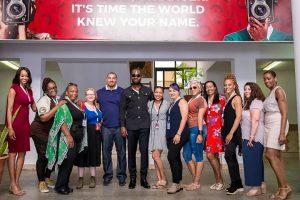 Also, the academy surpassed its milestone by successfully training thousands more creatives from the comfort of their homes – at a goal.

Del-York Creative Academy seeks to bridge the gap by changing the narrative of over 5,000 young and dynamic talents who are currently leading the next league of storytellers in African entertainment and creative industries.

Pundits believed that with its state-of-the-art learning suites, the academy has proven beyond doubt that its model will bring about a new age of African storytelling and the rise of storytellers who will take the African narrative to greater heights.

The street hustler becomes the boss by Anthony Nze

Chef Vee is at your service

Tony Elumelu Foundation to give $5000 each to 3369 female entrepreneurs