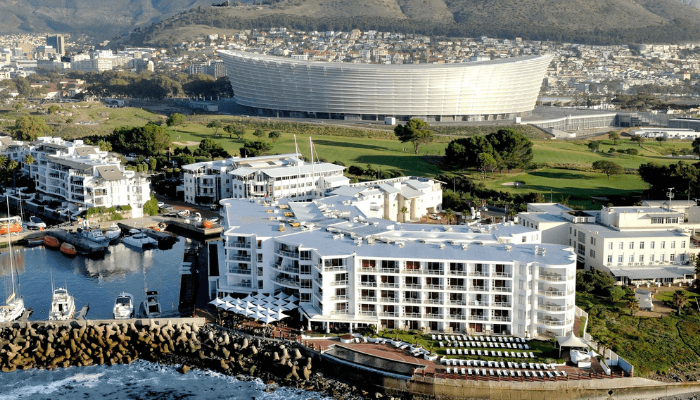 In 2000, the African hospitality landscape welcomed a new entrant.

Since then, the group has recorded tremendous growth across several of its brands in over 30 countries in Africa.

As of today, the Minnesota, United States of America based global hotel chain, owned by Aplite Holdings AB, a consortium led by Jin Jiang of China, has 100 hotels open and under development in Africa.

In West Africa, which is one of its key markets on the continent, it has 25 hotels.

Considering that in 14 years of its operation in Africa, the Group has about 100 hotels today, Bert Fol, new regional director for Africa, focusing on English-speaking Africa, described the growth as exponential.

“What we have seen in recent years is that the growth, if not exponential, has been accelerated”, he said.

However, the Group has a huge expansion ambition for its African portfolio. It is targeting about 150 hotels in operation across Africa by 2025, a plan that is fast underway with the 2021 sub target of the plan surpassed, while 2022 is almost breaking last year’s record.

As well, in West Africa and in line with the overall 150 hotels target, the Group aims to reach 50 hotels by 2025, which means 5 hotels a year in the next three years.

The Group announced last year that 2021 was a record year in Africa for Radisson Hotel Group with 13 hotels and 2500 rooms signed, translating to a new hotel signed every 20 days. In the year 2021, after the Covid-19 pandemic, it also opened eight new hotels in Africa, while other brands had one or two openings.

Speaking on the development, Ramsay Rankoussi, vice president, Development, Africa & Turkey at Radisson Hotel Group, noted the feats achieved in Africa is part of the group’s ongoing five-year expansion and transformation plan, whose success the group is building on, while being ready for the rebound of travel and remains firmly committed to becoming the brand of choice for owners, partners, and guests.

Throwing further light on the strategies to achieve the 150 hotels target by 2025, Rankoussi said, “We aim to further accelerate our presence across the continent through both new build and conversions, especially post-pandemic, as there is less liquidity for newer developments”.

“We therefore seek to form wider partnerships and strategic ventures with local or regional chains and forge ahead with our city scale and critical mass strategy. The execution of our strategy with clear priorities will equally support in achieving positive economic efficiencies and synergies operationally across all our existing and future hotels, further unlocking value to our owners.

“We have also demonstrated the relevant flexibility in addressing the current investment climate by providing not only tailored solutions to every project but also rationalizing our relationships with our investors to assess the best timings in terms of openings and the right budget allocation in terms of segment, space program and development cost”.

Also, the target for Erwan Garnier, senior director, Development Africa for Radisson Hotel Group, is achievable or even surpassed by 2025 because Radisson Hotel Group prides itself as the best performer in terms of profit, revenue generation and market share.

“Last year for example, we expanded globally with an additional 250 hotels in one year. Out of that, in Africa last year, we had the largest market share; meaning that out of the entire 111 brands competing against each other in Africa, Radisson is the fastest growing brand in Africa, in terms of pipeline, which is the brand that signs the most new hotels in Africa. Last year, in Africa, we signed 15 new hotels, while some competitors signed just two hotels”, he said.

Garnier, who looks after the Group’s strategic growth across West and Central Africa, sourcing, negotiating and signing over 20 hotels, resorts and serviced apartments projects across 12 countries, while establishing the Group’s presence in 7 new markets, is not relenting until the target is achieved or better still, surpassed.

Whilst many projects of Groups have been stalled by the impact of the pandemic, especially new openings and signings, Garnier explained that Radisson Hotel Group worked itself out of the challenge by being proactive and flexible.

“We created a brand called Radisson Individual, specifically during covid-19, and specifically for existing hotels and owners who are having a drop in business and entering the Radisson Hotel Group engine and commercial force with a minimum investment and this has been very successful”, he said.

“Additionally, we created new growth opportunities with serviced apartments, which was a booming business during covid-19 and we can see the traction right now.

“About 20 percent of the projects I am working on now are serviced apartments; hotels for long stay and it targets international companies and we see across Africa that there is a huge traction”.

However, Radisson Hotel Group does not build hotels; it manages them and relies on partners, investors and owners who build and handover for management.

It therefore means that the expansion depends on the partners and the group recognises this with utmost importance.

Based on that, Fol explained why the Radisson brand is sought-after by partners saying, “We have six very distinct brands that cover all the key market segments and that is our strength. So, if an investor is looking at Radisson, then they can choose from the portfolio of brands to suit their hotel, which they can do with other hotels as well.

“But we have a proven track record, a flexibility in working with investors that makes us attractive and a proven track record of delivering results across the key performance indicators; whether it is profitability of the hotel, which is driven by efficiency, securing above market share in our market, or to get satisfaction underpin with our ‘Yes I Can’ philosophy. These are what make Radisson different”.

As expected, the group’s expansion plans remain intact with an adapted strategy, while it is still aggressive, forward thinking, positive product, and humble.

It also recognises the huge opportunities out there, but it is doing things differently, creating a brand that answers market demand, diversifying more and adapting to the current situations and demands.