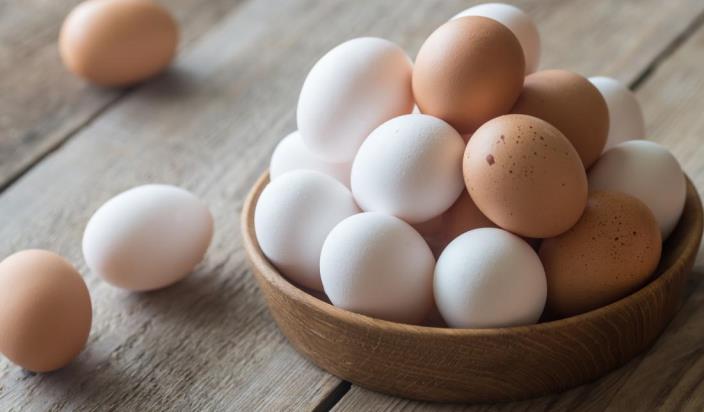 Many Nigerians are unable to buy eggs and beans as their prices have soared by over 50 percent, owing to decline in output, yet, consumer demand is on the increase. This is putting the country’s protein consumption at risk, as both commodities are the major sources of protein, especially for low-income earners.

It will also threaten the country’s school feeding programme targeted at reducing stunting and malnutrition among children. 43.6 percent of children in Nigeria have stunted growth, according to the 2018 Global Nutrition Report. Wasting, a reflection of acute malnutrition, affects approximately 18 percent of children under 5 years old in Nigeria, which, according to WHO standards, is a very high public health concern. With access to protein becoming more difficult, these indices are expected to worsen.

“I can’t afford to give my children an egg per day anymore despite knowing the importance for their development, because it has become so expensive,” Moji Adeleke, a teacher and a mother of four, states.

“Also, beans, which is a substitute for protein for poor Nigerians, is no longer affordable. A derica tin (for measurement) that was sold for N120 last year is now being sold for N350,” she says.

Beans and eggs are economically important agricultural produce that serve as the cheapest means of protein for majority in Africa’s most populous nation. Currently, Nigeria lags its peers in terms of per capita protein consumption owing to its high rate of low-income earners, poor nutritional knowledge, and high cost of protein-rich foods, experts say.

Nigeria is currently the poverty capital of the world, with 98 million living in multidimensional or extreme poverty, according to the World Poverty Index. Extreme poverty occurs when a person lives below $1.90 (N684) daily, and this is the case of most Nigerians and the situation has been worsened by the economic fallout from the Covid-19 pandemic.

Ezekiel Ibrahim, president, Poultry Association of Nigeria (PAN), says the high rate of poverty in the country has prevented Nigerians from consuming foods that are rich in either plant or animal protein.

The recent upsurge in prices of eggs is due to the scarcity of maize and soybeans, which are key components in feed meal for poultry farmers, Ibrahim notes.

Currently, millers, poultry, and fish farmers are scrambling for maize and soybeans, thus forcing prices of both commodities to skyrocket. BusinessDay survey at Mile 12 Market in Lagos shows that a big size crate of eggs that was sold for N900 now sells for N1,500, while a small size crate of eggs sold for N700 in January last year now sells for N1,300. This indicates a 66 and 86 percent rise in the prices of eggs.

Nigeria has seen a continuous decline in its beans production owing to the continuing insurgency in the Northern part of the country where 60 percent of the crop is grown, as farmers in Borno, Yobe and Adamawa abandoned farming the crop and fleeing to safety.

“Nigeria has not been increasing its cowpea production to meet consumer demand and that is what is responsible for the price increase,” notes Shehu Abdul Rahman, professor of Agricultural Economics, Federal University, Gashua, Yobe State, who has done a lot of research on cowpea production in Nigeria.

“This is a problem for us because cowpea is the cheapest means of protein for the majority of our people. Nigerians protein consumption level will be affected if the crop is no longer affordable for them. How many of us can afford to consume animal protein?” he asks.