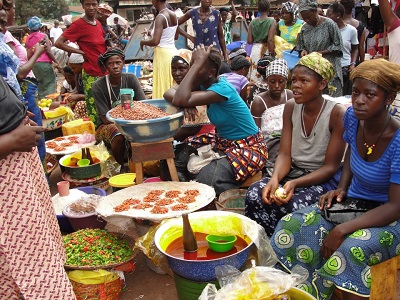 The continued rise in the Nigeria food inflation is more than ever indicating how the agriculture ministry is failing and has signalled a wakeup call on the need for robust policies that can drive the desired growth in the sector as well aid the government food security agenda.

The latest inflation released on Tuesday by the National Bureau of Statistics showed a steady increase in the nation’s food index for the 19th consecutive month leading to 14.85 in January 2020, and also the highest number in almost 24 months.

According to the NBS data, headline inflation also rose by 12.13 percent representing a 0.15 percent points higher than 11.98 percent recorded in December 2019 and the highest rise since April 2018.

Experts say the increasing trend is purely an impact of poor policy, as well as lack of capacity and competence in government as they point to the urgent need for policies that would boost local production across the agricultural value chain.

Tope Fasua, CEO Global Analytic Consulting Limited, decried the poor performance of the agricultural sector stressing that the current trend has revealed that most claims of agricultural improvement have not been true, hence the need for transparency in government.

He said that there was an urgent need for the government to develop sustainable policies aimed at enhancing the production capacity of farmers, particularly as the new Value Added Tax rate is expected to push up the general cost of items consumed.

“We need a robust policy in agriculture, the rise in food inflation is a concern to us, we are not producing as much as we consume,” Fasua told Businessday in an interview

“This concern about food inflation also speaks to the neglect of the agricultural sector and most especially investment in Nigeria financial instrument because the inflation rate influences whatever investors get in return, which currently is discouraging,” he said.

Speaking further, Fasua stressed the need to build capacity of the leaders as well as review the policy of the sector to meet the demand in the sector, adding that the current administration has not achieved much since inception due to lack of capacity. “This is not good for policy and planning”.

“There has been so much attention on rice production, but we also need for us look into other value chains and improve the entire agricultural production system”.

The situation is further heightened by the lack of clarity around the policy direction of the minister of agriculture and rural development, Sabo Mohammed Nanono for the agriculture sector since his appointment.

At the moment, only the CBN appears to have come to the rescue with its Anchor Borrower Programme while the critical fiscal authorities appear asleep.

“Our research institutions have almost gone comatose. All of them are getting close to nothing to stimulate research and development, and without research development, we will not make any meaningful development as a nation,” she said.

Other areas that need serious attention, she said ,include mechanization, fertilizer, storage facilities. “It is disheartening to know that Nigeria with almost a population of 200 million has less than 50,000 tractors across the nation”.

Okeke criticised  the annual budgetary allocation to the sector in the recent past, which is a far cry from the funding needs, saying that does not reflect government’s stance to diversifying the economy and cannot yield the desired growth in the sector.

“The sector is underfunded. Tthere is need for a supplementary allocation for agriculture if we must work the talk of diversifying the economy, and the federal government needs to revisit the allocation to the agriculture sector,” according to her.

Onuh Martin Onuh, Professor of crop and biotechnology, Imo State University, in his response to BusinessDay, said efforts should be heightened to boost agricultural production as the current production is too low to meet demand of the Nigeria’s surging population, considering the bother closure which has rather led to hike in the price of local production.

“I think the attention that the government is currently giving to the sector is still below what is expected, our production is quite low at the moment, considering the impact of the farmer/herder clash.

”We might see more food shortage in the coming months because most farmers did not carry out much farm work last year, these are the basic issues we need to fix. Let’s empower our farmers and make sure they are safe to carry out their activities on the farm”.

For him, the agriculture sector needs a more sustainable blue print to deepen its growth and ensure distribution of the various intervention funds so that they meet expectations.

“We see government’s effort in ensuring the border closure, but we also need policies that will drive local production of goods as well as boost exports,” Onuh said.