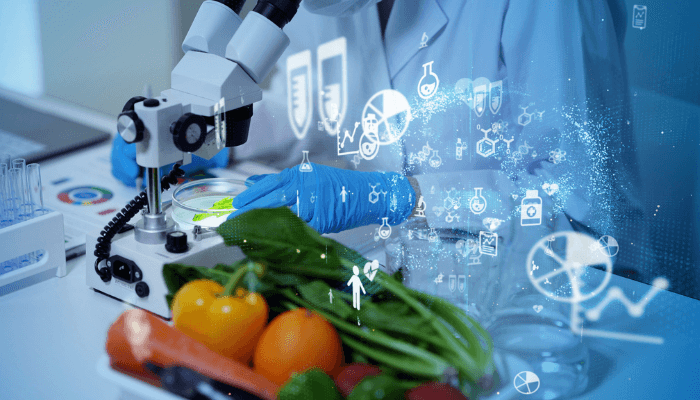 Low scale technology use, ineffective credit model, and lack of competitiveness in the agricultural sector among others have hampered the country’s quest to fast-track economic diversification through the sector.

Experts in the agricultural sector say that innovation and improved technology which is vital in boosting farmers’ productivity and attain food sufficiency are lacking in most farms across the country.

The experts have identified low technology and innovation as the biggest challenges limiting farmers’ productivity in the country.

They noted that the low use of technology and lack of innovation in the sector has continued to affect farmers’ cultivation areas and their ability to perform timely operations.

“We must be innovative in our design, implementation, and execution of agricultural programs, projects, and activities in agriculture now because it is technology that drives today’s agric,” AfricanFarmer Mogaji, chief executive officer, X-Ray Farms revealed.

“If we must feed ourselves and drive economic growth then it is time the government takes the issue of technology and innovation serious in the agric sector,” Mogaji said.

But Nigeria is grossly lacking in the adoption of mechanisation and tractors.

Nigeria is listed among the least countries in the world with mechanised farming. The rate of the use of agricultural machinery is still below that which is considered necessary to meet the rising demand for food, as stipulated by the Food and Agriculture Organisation (FAO).

Available statistics show that Nigeria is one of the least mechanised farming countries in the world with the country’s tractor density put at 0.27 hp/ hectare which is far below the Food and Agriculture Organisation (FAO)’s 1.5hp/hectare recommended tractor density for Africa and other developing countries.

When measured on mechanisation scale in 2003, 12 years ago, Nigeria had only 30,000 tractors and currently adding 1,000 new ones each year, which is still not considered sufficient in replacing the ones that are aging, broken down, and worn out.

Abiodun Olorundero, managing director, AquaShoots Limited, said what may mitigate further progress made so far in the agriculture sector is lack of technology.

“Lack of technology and innovation remains one of the reasons why we still have a shortfall in production. Technology is very crucial if Nigeria really wants to boost agric productivity. The government must key into agriculture using technology to attract the youth,” Olorundero said.

Similarly, farmers have continued to record scanty yields, as opposed to their counterparts in developed countries who make use of advanced farming machines.

Read also: The role of technology and digital innovation in trade and development in Africa

The use of hoes, cutlasses, and in some cases- tool- mounting animals is responsible for poor agric output in the country, thus making agriculture laborious and giving farmers scanty yields and poverty.

Ademola Adefemi, who runs a 10-hectare of maize and cassava in Ogun State said, “I love using tractors for tilling the land and ploughing but most times it is difficult to get it on time because other farmers want to hire it too. The few tractors we have are not given to farmers because government officials prefer keeping them instead of leasing it out to farmers.”

The federal and state governments try to provide tractors to farmers under different agric mechanisation schemes but most of the efforts are being frustrated by civil servants, who ensure such schemes never benefit ordinary Nigerian farmers, he said.

“Recently, I visited a government office for tractor hiring and I discovered that there were 17 tractors that have not been used. Only two tractors are being leased to farmers and I had to queue for three weeks before I could hire a tractor,” Adefemi.

He noted that it is very challenging because most farmers depend on rainfall for their cultivation which is time-bound.

Iceland with a population of 364,134 people has more tractors per hectare of cropland than any other nation in the world.

They have 37.2 tractors per 1,000 people, while Nigeria has 0.223. This means that Iceland has almost one tractor for each farmer and 166 times more mechanised in their farming than Nigeria – Africa’s most populous country.

Nigeria needs a minimum of 746, 666 tractors equipped with tillers and other support gadgetry to sufficiently mechanise agriculture going by best practices, according to the Ministry of Agriculture.