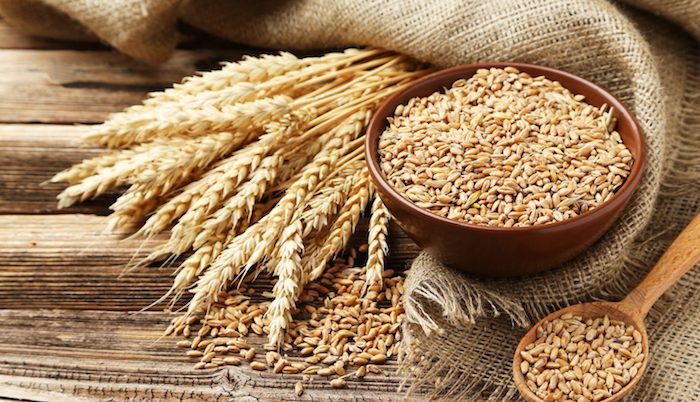 Despite faced with an acute FX shortage, Nigeria still spends millions of dollars yearly on the importation of wheat grain to bridge its huge demand-supply gap.

Wheat production in Africa’s most populous country has remained low and facing challenges, such as poor seedlings, prolonged droughts, pests, and diseases.

To curtail Nigeria’s heavy import reliance and reduce the deleterious effects of excessive wheat importation as well as facilitate conservations that ultimately proffer solutions aimed at bridging the supply gap, Olam – a leading player in the wheat value-chain, engaged key stakeholders, scientists, and relevant actors across the value chain for its inaugural Green Land webinar series.

The scientists and experts who spoke at the series say Nigeria can only transform its wheat industry when the country develops a national roadmap for the sector just as it did with rice.

He noted that the domestic production of wheat has suffered from a lack of policy support and the perception that Nigeria cannot competitively produce wheat.

Mohammed further emphasised the need for synergy among the agricultural stakeholders in the country to develop a national roadmap for the subsector.

He said that there was a need to have a stakeholders engagement with the government, to achieve the much-needed synergy in terms of determining the challenges faced by them as well as mapping out strategies for improvement.

He called for more government intervention in the wheat value chain noting that wheat should be given the same focus as rice since the country also spends millions of naira yearly in importing the grain.

In his welcome address, Ashish Pande, managing director, Crown Flour Mill Limited, an Olam subsidiary, said the objective of organising the event was to explore the key drivers of growth in the domestic wheat value chain and tackle the various hurdles to adequate wheat production in Nigeria.

“The theme for this series, Deepening the wheat farming development programme in Nigeria through innovation, increasing investments and collaborations, is instructive and was chosen because it speaks to two key queries, the What and the How that the wheat production value chain must address to experience the desired growth.”

Among the issues discussed at the webinar were the hurdles of national wheat production sufficiency, the insufficient provision of high-yielding wheat seed varieties, the dearth of latest wheat-cultivation knowledge among smallholder farmers, poor financing for seed trial, and research, and poor pricing of locally produced wheat.

Filippo Bassi, scientist, and senior durum wheat breeder, International Center for Agricultural Research in the Dry Areas (ICARD), in his keynote address, described the atmospheric and soil conditions in certain parts of Nigeria as indicatively fair for the cultivation of wheat.

He, however, advocated that local farmers must be provided with high-yielding seed varieties and the requisite training to enable them to boost their yields in those regions.

According to Bassi, Nigeria needs to start its pursuit of progress along the wheat value chain by defining the ideal seed variety for each region

“What maturity? What yield? Irrigated or rainfed? What milling quality?” he asked.

“Once that is done, it will be easier to work with the various partners to deliver the ‘perfect variety’,” he added.

Dan Agundi, chairman – Agricultural Colleges and Institutions Committee of the Federal House of Representatives, said the focus should be on accelerated production of high-quality certified seeds of heat-tolerant wheat varieties and ensuring they reach farmers who need them.

He recommended that the Federal Ministry of Agriculture should set up an innovative platform to serve as a forum to engage stakeholders from the wheat value chain and dissect the major challenges bedeviling wheat production periodically.

In line with this push for increased wheat production, he said the federal government should work with stakeholders to set up innovation platforms to scale up innovative technologies, seed production, and distribution in all of the country’s major wheat-producing areas.

Also speaking at the event, Richard-Mark Mbaram, who represented Sabo Nanono, Minister of Agriculture, revealed that the major aim of the present administration is to reduce the country’s food import bill by at least 80 percent.

“The agric ministry has an open-door policy and is always ready to forge strategic partnerships with all industry players and stakeholders across the agricultural value chain”, assured Mbaram.

Similarly, Kachalla Kyari Mala from the LCRI emphasised the need for adequate provision of inputs such as fertilizers to back up the several wheat variety initiatives aimed at accelerating wheat development in Nigeria.

Stephen Ambore, Wheat Champion at the Central Bank of Nigeria (CBN), assured that the CBN is very interested in agriculture especially as its activities directly impact the nation’s forex and because food price is a major component in that basket of measuring inflation.

“The CBN clearly understands the importance of agriculture to the economy, which is why since 2015, the bank has been actively financing the agricultural value chain through various commodities. The CBN has financed a total of 21 commodities since 2015,” said Ambore.

He stated further that Olam Green Land Webinar theme perfectly captures what is required, which includes partnerships, collaborations, investments, and innovations to raise the level of wheat production in Nigeria. He then called for immediate action to implement the various insights shared at the webinar.

Pande who was earlier quoted appreciated all the panelists, the keynote speaker, and participants who connected from across the country and other parts of the world in his closing remarks.

“It has been an interesting webinar session. It is the start of a great journey. Ideas have been exchanged; learnings have been taken,” he said.

“The insights gathered during this webinar will galvanize public and private stakeholders along the wheat value chain to channel more investments into research and innovation, leveraging on partnerships and collaborations aimed at enhancing wheat farming programme in Nigeria,” he added.

Wheat and its derivatives are the primary ingredients for making bread, noodles, pasta, semolina, biscuits, and pastries which are all staple foods of Nigerian consumers.

Whereas local production of this important crop has slipped remarkably recently, the impacts have exacerbated food insecurity in the country. The grim forecast is that the domestic wheat production level is even set to drop a little further by 8 percent to 55, 000 metric tons in the current year.

This production slip will further widen the demand-supply gap which stands presently at a worrying 4.6 million metric tons, hence, the timeliness and accuracy of this latest effort and intervention by Olam.