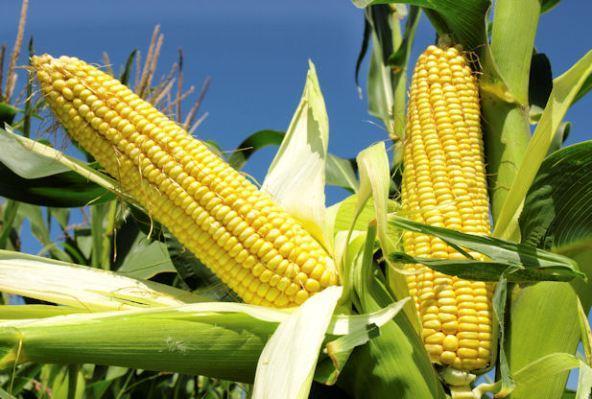 Danbaba, who gave the advice in an interview with the News Agency of Nigeria (NAN) in Kaduna on Sunday, said an integrated approach through partnerships with the private sector was the best way to go, as government alone cannot do it.

He said the level of funding from the State Government was inadequate to achieve sustainable growth in agriculture in general and maize production in particular.

He explained that with the way the crop is cultivated in the state, PPP approach would attract more people to the farm and that would reduce poverty and ensure food security.

NAN findings showed that Kaduna state is adjudged the highest grower of maize in the country with over 550,000 farming families cutting across 13 local government areas cultivating maize at both subsistence and commercial level.

Danbaba said: “This is especially with the current situation of low budget for agriculture by states (Sokoto has the highest with 8.3%) with its budget dedicated to the sector.’’

“Good high yielding varieties are being developed with high potential. There are varieties of research with yield potential of nine to 12 metric tons of maize per hectare.

“Research for better seed varieties of maize should be continuous, while our public extension system be strengthened,’’ he said.

He said Agriculture Development Projects were living from hand to mouth, with low or no funding from the states and no proper capacity building for the very few extension personnel.

The General Manager, Kaduna State Agriculture Agency (KADA), Mr Dauda Ashafa had recently told NAN that the state had a ratio of one extension worker to over 1,000 farmers.

Ashafa disclosed this on the side line of a three-day training workshop for extension service workers drawn from Kaduna, Kogi and Benue states.

For Kogi, an official at the event told NAN that the ratio was one worker to 4,500 farmers.

Similarly, the Programme Manager, Benue State Agriculture and Rural Development Authority, Mr James Ker, said the state had 60 extension workers with a ratio of one worker to 10,000 farmers.

Danbaba, a former staff of Kaduna ADP, however, lamented that the ratio was too low going by global standard.

“Farmers need to be fully trained on good agricultural practices (GAP), be followed to their farms to be sure they implement correctly what they learned.

“The financial institutions should support farmers with funds, and the off-takers assure the farmers of premium price above prevailing market price for their products,’’ he said.

Danbaba, whos is also an extension service specialist, listed key impact points for farmers to be successful in their production.

He said for the maize farmer to ensure optimum plant density, maize should be planted at 75cm between rows and 20cm to 25cm between plants.

This, he noted, the maize farmer would obtain about 53,000 plants per hectare, saying “once a farmer miss plant population, he misses the season’’.

According to him, the right type of fertilizer be applied at the right time, with right quantity, using the right (burying) method, while field be weed-free at least for the first eight weeks of planting maize.

“This is because, that time is the critical period for weed competition on farms.

“Ensuring right selection of seed and site for instance, water-logged area is not good for maize. Striga infested or army-worm-prone areas not suitable too.

“Look at duration of the seeds you want to plant and compare with rainfall pattern of your area. Long duration variety is not suitable in marginal rainfall areas,’’ Danbaba explained.

He said Kaduna state government needed to develop a comprehensive programme to educate maize farmers on basic skills needed to grow the crop and ensure profitability and sustanability.

According to him, the partnership with private sector would encourage maize farmers in the state to migrate from subsistence farming to agric-business.

The data also showed that more than 60 per cent of the farmers in the state did not belong to any cooperative groups, making it difficult for them to secure loan facilities from financial institutions.

NAN findings also indicated that even with the challenges, harvest had averaged six metric tones per hectare in the 2016/2017 season in parts of the state.

The expert said this situation would adversely improve with the training of more extension service workers to guide the farmers to use improved seeds and fertiliser application as well as other chemicals.

The Technoserve official explained that if, with all the challenges, farmers were able to harvest up to six tons of maize per hectare, support from the state government and private sector production would improve and harvest would double.

“If the State Government would address the funding gaps and lack of capacity that exist, definitely farmers would attain their full potential in optimising production of maize in the state,’’ Danbaba said.

Technoserve is operating in 29 countries and is currently partnering with an NGO, Synergos Nigeria, in implementing a three-year programme on Good Agriculture Practice (GAP) in Kaduna, Benue and Kogi states.

The programme, funded by the Bill and Melinda Gates Foundation, is being implemented under the State Partnership for Agriculture (SPA). (NAN)