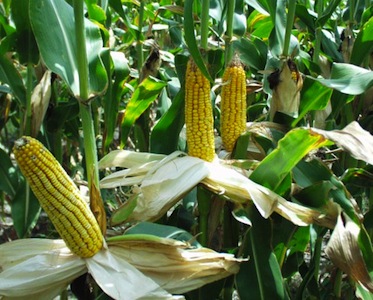 The Maize farmers Association of Nigeria has announced a 30 percent reduction of its 25 million metric tonnes production target for 2020.

Abubakar Bello Funtua, National President, Maize Association of Nigerian, (MAAN) made this known in a press conference on Wednesday, stating that the 2020 farming season has been greatly challenged by the COVID-19 pandemic which impacted adversely on the economy as well as farmers ability to produce.

“Our target for the year 2020 planting season was 25 million metric tonnes, but with the prevalence of insecurity as well as the COVID-19 pandemic which has disrupted our activities, we had to make a 25/30 percent reduction of this target”.

Speaking further, Funtua expressed excitement over the ban placed on the importation of maize into the country adding that it will boost the country’s effort towards achieving self sufficiency in Maize production.

“This ban will bring immense benefits to maize farmers and other critical stakeholders. This planting season (2020) the CBN has supported the whole of value chain of maize production.
From the provision of all needed inputs to land preparations to harvesting, aggregation and storage”.

“This year, 2020 wet season programme maize production, over 250,000 hectares of land have been cultivated by MAAN members only. To achieve this, the CBN has supported by providing high yielding maize seeds and inputs worth N16 billion to all our members”.

“With all these great steps being taken by government, the country can be self sufficient in maize production if we all believe in the capacity of our farmers and put our hands on the plough. We have done it before and we can achieve it again as it was done in 2005”.

“There is no need for any end users to seek for maize importation. We are moving more into large dry season farming where we are sure that it will increase the availability of maize grains for all end users”, He said.

Funtua further said that the association is already engaging reputable commercial end users of maize to enter into Memorandum of Understanding as off-takers so as to make maize available and provide market for farmers under a fair-trade price to both sides.

“In order to sustain this great step taking by the government , grain farmers and Merchants should not use the opportunity to unnecessarily lncrease the price of maize grain”.

He however stressed on the need for government to assist farmers in accessing machineries. “More importantly, we plead that the CBN to provide soft and quick loan facility to interested entrepreneur to establish Maize industries”.