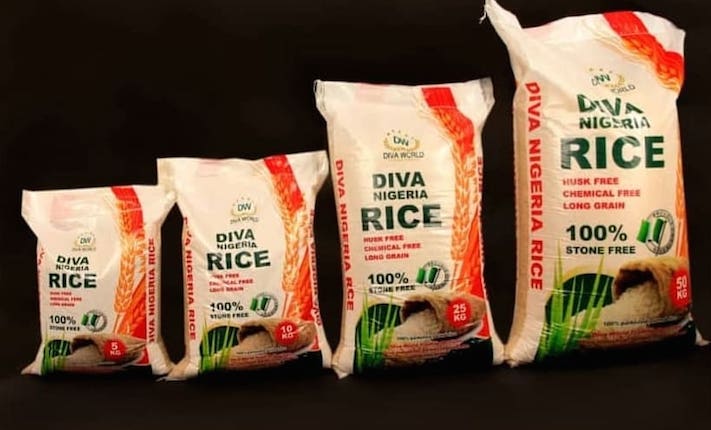 The 30-ton digital rice mill, first of its kind in the state, will help make the country sufficient in rice production, as well as create jobs, Ifeyinwa Nnanna Mba, chief executive officer (CEO) of the firm, says.

Mba, who said she has been in rice business for many years, disclosed that she decided to set up the mill in the South-East region to boost rice production in the zone.

She noted that with the coming of Diva Rice Mill, rice farmers within the South-East will have available market forecast for their rice paddies.

“We have been into rice business since 2019 when the President stopped importation of rice into the country. We started rice milling in Benue State.

“So, last year, 2020, I thought of setting up my own digital mill, because the other one was rented and it wasn’t digital. So, I decided to come home to set up a mill, which would commence production soon.

“We have completed the first stage of the project, which consists of the mill and administrative building,” she said.

She also revealed that the firm has started sourcing paddies in readiness for commencement of operations, which is expected to kick-start before the end of second quarter of (2021), this year.

“Our mill is a 30-ton milling factory, which gives us 25,000kg of rice daily. It has five tons daily, digital boiler and rice dryer.

“We are open for business in the South-East and ready to produce for other registered brands,” she stated.

She explained that the mill would source its raw materials, rice paddies (unprocessed rice) from local farmers across the South East and in the North.

“We have contractors, who supply paddies to our factory in Mgbidi for milling,” Mba said.

She stated that such supplies come mostly from Abakiliki in Ebonyi State and the Northern part of Nigeria.

According to her, “I’ve also heard that paddies are available in commercial quantity in Anambra State and we’ll still be there to see who to talk to.”

She further explained that the campaign for local rice production is one of the determinant factors in the location of the mill in the South-East, as it is important to locate the mill where paddies can easily be sourced.

“It’s important to have places to get paddies in enough quantity, because that’s where it’s cheaper. If it’s not where you can readily access it, it’s actually expensive,” she said.

Mba explained that Diva World Trading Services mill currently gets about 200 tons of paddies monthly and a mill capacity of 30 tons daily with plans to increase its production capacity in the middle of next year from 50-100 tons per day.

On empowerment, she promised that people of the host community will form the larger chunk of employees in the plant with few other spaces available for other people from the state according to their qualifications and capabilities.