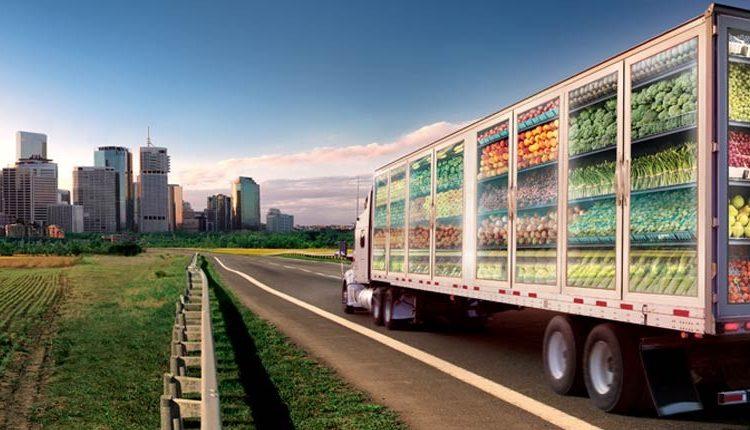 When sick people are getting treatment, perhaps even after contracting something like the coronavirus, feeding is required for the drugs to work, and for them to get well.

Even the healthy ones require sufficient, nutritious food in order not to break down as well. However, a major revelation from the ongoing COVID-19 pandemic has been; food production and supply in Nigeria is not given much of a priority, as it should be.

Stanley Chigemezu Okoro, a 400 level student of Sociology at Olabisi Onabanjo University, Ogun state had combined farming and schooling since his first year in order to see himself through school. Transportation, sales, mortality, insecurity and inability to purchase drugs had over the years made his experience as a farmer less pleasant than he may want it to be. However, with the lockdowns across the country, all factors got worse and he was stuck with livestock he could afford neither to feed nor sell.

“The Turkeys are ready for sale and I am not ready to feed them anymore because there is no more money,” said Okoro who had to hire a Sienna car for N7000 (instead of N2,000) to transport some of his birds to Ibadan where he ended up selling at what he says was a low price.

He was carrying four small cartons originally used for packaging of Apples, containing 48 turkeys of 5weeks old. As there were no buses loading in the garages, he had to charter the sienna which initially agreed to collect N6000 but along the way insisted on being paid N10,000, and threatening to go back if he did not agree. He ended up paying N7,000.

“Throughout last week I called all the people who buy Turkey from me but they all said they are not ready to buy because of lockdown,” said the university student trying to make ends meet. “Though I am almost discouraged but not yet,” he concluded.

At present, while movement within states has mostly been relaxed, inter-state movement restrictions remain in place, placing further strain on the survival of farmers across Nigeria, just like Okoro. The situation has worsened in terms of postharvest losses, as delays in moving food across Nigeria have increased wastage substantially.

“There is food stuck on farms because there is no road to evacuate the food from the Farms,” said Akintunde Sawyerr, founder, Agricultural Fresh Produce Growers and Exporters Association of Nigeria (AFGEAN) in one of the sessions of a webinar series by the Guild of Nigerian Agriculture Journalists (GNAJ). “With the lockdown and with the specific participants who are measuring what they are losing, the figure that we are seeing is somewhere in the region of 70 percent spoilage due to the product missing its market targets or facing delays.”

On his part, Bello Dogondaji, national general secretary, Federation of Agricultural Commodity Associations of Nigeria (FACAN) while reiterating that the movement of essential goods and services is key to every economy, also stated “the development finance department of the Central Bank of Nigeria needs to firm up activities surrounding the Anchor Borrowers’ Programme for this year”. Otherwise, “There could be problems,” he said. While this would not be tied directly to logistics, it was a call to ensure projected deficits in agricultural output are managed.

Dogondaji explained that restrictions in the movement of people have also implied that some of the commodities that are time bound, are also stuck. “Some of our members have stocked their warehouses with commodities due for exportation, but because of this pandemic which is not limited to Nigeria alone these Commodities are laying in the warehouses,” he lamented.

While sitting in the warehouses, those commodities, he said, will be losing value, shrinking, and getting stale. With the activities at the ports drastically reduced, exports have also been on hold, with farmers and commodity traders losing income, and government equally losing much needed foreign exchange.

“Even with the pandemic situation, we have received quite a number of orders that are good to go,” he said.

Solutions for present and future crises

Today, there is a situation where if a food consignment leaves Kaduna for a market in Lagos, Port Harcourt or Yenogoa, it is not possible to predict how long that journey is going to take. The reason for this is not because of traffic, it is because of checkpoints, said Sawyerr of AFGEAN.

According to him, one important solution is for the government to immediately designate some sort of clearance pass for vehicles that are carrying food, perishables or otherwise to be waived through traffic or through checkpoints.

“If I am a dignitary sitting in the back of a big Land Cruiser with the number plate covered and I have a policeman sitting in the front seat, I will be waved through a checkpoint, but it’s just carrying me,” said Sawyerr. “When we are carrying food, we need to be clear that food transportation vehicle should have priority because it is taking food; a means of human sustenance to somebody on the other side of that checkpoint. It should be waived through.”

The solution proffered by Sawyerr is such that, those Vehicles carrying food, people handling food, people wanting to export or to get to markets are provided with some sort of indication, licensing, or pass to make sure that their movement is not impeded. This, he says goes beyond the lockdown, because “if the pandemic ends tomorrow, this is something that we must do because food takes too long to move around in Nigeria”.

On his part, Hemense Orkar, VP Commercials at AFEX noted there is a need to lift restriction in order for “agricultural workers and processors to help us support the economy later on and ensure that we have a good harvest”.

Furthermore, there is a need to focus on production right at the start of the Season when farmers usually do not have a lot of money. Therefore, if the government can come in and provide financing to small holder Farmers, this will go a long way, he said, reinforcing the view earlier expressed by Dogondaji of FACAN.

Orkar also stated it was important to answer a question on “How do we maintain the ability for a farmer to sell their Commodities at the end of the day and that is going to change as we go forward.

“Whereas it was primarily in the physical markets, going forward we should start to consider how we can move a lot of that online,” he suggested.

Orkar also identified the need for localized supply chain, as current restrictions and inability for some commodities and also agro chemicals to come into the country, has raised another question of “how do we fill that gap locally?”

Akinwumi Adesina: The Inside Story