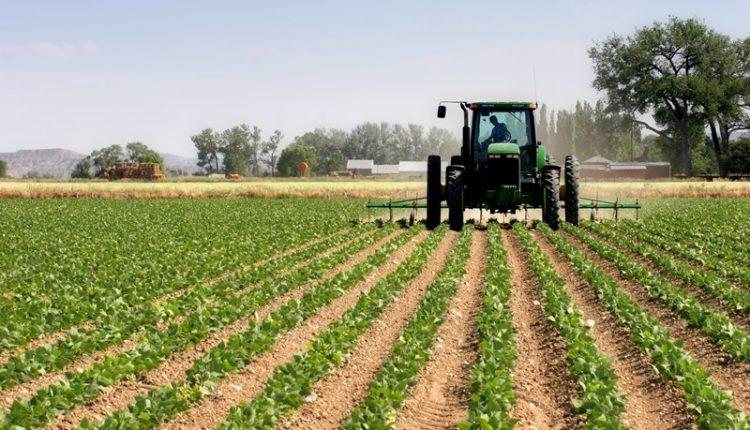 Some of the bitter lessons of the coronavirus pandemic include the facts that the social, health and economic paradigms of the world would not be the same again. The productive capacities of several countries, via the manufacturing sector have drastically dipped. International trades are in serious peril. Investors are fast losing confidence. Job losses loom! So, where do we turn to for solace and sustainable solutions, if not agriculture, that is renewable and generally less costly to venture into?

But then, such agricultural practices have to be driven by availability of fertile land, modern technological practices, sustained human capital development features, genuine interest from the public and the private sectors. They could do this through guaranteed security, adequate funding, supply of steady electric power, potable water, technical support with tillers, harvesters and pesticides. But that is not all.

Other factors that could facilitate success in the agric sector include proper planning that would be predicated on creditable data base. Such data could be on the number of registered farmers as per the type of farming practices they are engaged in on zonal basis, funds required to catalyse their production and access to available markets. All these would assist the policy makers and those who implement them to focus on areas of comparative advantage, as Adesina once did. That was while he was the Minister of Agriculture and Rural Development under the Dr. Goodluck Jonathan-led administration.

Moving forward, we have to learn valuable lessons from the mistakes of the past. For instance, as at political independence in 1960, agriculture accounted for 68% of the nation’s Gross Domestic Product (GDP). It employed 70% of the labour force especially at the rural areas. It provided not only food but generated employment and contributed 38% of the non-oil foreign exchange earnings.

Indeed, the First National Development Plan, after independence (1962-1968) was anchored on agriculture. Within that period, over 80% total export earnings came from the sector as gotten from cocoa, cotton, castor, cow hide, oil palm nuts and rubber. But how much of these products do we produce locally and how much do we export as at today? The answer is obvious.

With true fiscal federalism firmly in place back then, the Chief Obafemi Awolowo-led Western Region (now defunct) funded the laudable Free Education Policy. The Cocoa House remains a great testament and symbol of the power of home-grown agriculture. But what do we have these days? The despotic, military government-imposed centralised structure, backed by the 1999 Constitution (as Amended) controls resources that should ordinarily belong to the states or federating units. So often, I have asked the compelling question-what is the federal government’s business with agriculture, education and healthcare delivery?

Yet, the state governors, who should be at the fore front asking for Resource Control only plead for more percentage of federal allocation! They gleefully go cap-in-hand to collect peanuts from Abuja at the end of each month. By so doing they deny themselves and the citizens what would have encouraged positive economic competition at the state level. Unfortunately, the oil-boom era of the ‘70s and ‘80s killed that dream.

Just imagine what would have happened if the South-Western states still control their God-given resources, including the cocoa beans as it was done during the First Republic? They would have gained between 25% and 40% more revenue from cocoa beans and coffee, using modern processing technology because countries in Europe, Asia and America are eagerly waiting for the processed varieties. But what do we do here?

‘’By 2030, the size of food and agric business in Africa will reach $1 trillion. So, if you are thinking of how to make money, that is the sector to be in’’.

We joyfully allow for exports of our raw agricultural products (cashew nuts, cocoa, coffee, yam, cocoyam, cassava, ginger, garlic, oranges, mangoes) only to buy the processed forms at exorbitant rates. That is just like we do with our crude oil. Sadly, we erroneously focus our attention at borrowing billions of Naira from the same countries that should be begging us for loans!

Perhaps, the German national who recently alluded to the notion that Africa, and particularly Nigeria holds the key to the global economic feats of the near future certainly knows his onions. With a vast land mass of 923,720 sq.km, a water area of 13,000 sq.km, an annual rainfall of between 250mm (North) and 300m(South), a clement climate blessed with abundant sunshine and the vast Atlantic Ocean to the South, why not? Why not, what with the Rivers Niger and Benue as well as their tributaries traversing the landscape from the fringe of the desert, through the Sahel Savannah down to the tropic rain forest?

The answer of course, lies with the missing leadership factor. The ones we have had gave us policy flip-flops on agriculture, ranging from the National Accelerated Food Production Programme(NAFPP, 1972), through the Operation Feed the Nation(OFN), the Green Revolution(GR) before the springing up of the River Basin Authorities. After that came the Agric Banks and eventually the Directorate of Foods, Roads and Rural Infrastructure (DFRII) during the IBB era. But all refused to put food on the common man’s table. And so did the high-sounding NAPEP and NEEDS that could hardly identify, not to talk about meeting our daily needs.

It was therefore, not surprising that the food importation issue metamorphosed from the Rice Armada during the Alhaji Shehu Shagari tenure in the ‘80s to Nigeria becoming the highest importer of fish in 2005! Back then, the country was spending some staggering N50 billion on fish annually.  Still on importation, it jumped from N3.47 billion in 1990 to N113.63bn in 2002. Between 1981 and 2019 it recorded N217.76bn according to Trading Economics Report. As at 2005, Nigeria, with the capacity to save N100 billion on 18 mmt of rice, was producing a paltry 3.2mmt!

The piece of good news is that Nigeria has become Africa’s largest producer of rice under the current Buhari administration. But rice is not the only food we eat, or should concentrate on. According to Cleaver and Shoebar (1994) Nigeria that boasts of fertile land of 91.07 million hectares lacks the requisite knowledge in food processing, preservation and packaging. This has led to post-harvest losses ranging from 25% to 40% and something urgent needs to be done to reverse the drift.

With the COVID-19 rampage, we need modern agricultural practices to succeed. But let it be made a way of life. Let the study of the subject be made more attractive; right from the primary school level up to the university stage. Governments and the private sector should collaborate to wage a concerted war against Climate Change, terrorism and all forms of insecurity. Farmers should be registered and trained through well-paid farm extension instructors. Anyone interested in farming but has not got the time should engage Xtra-Large Farms company to do it on their behalf and enjoy mouth-watering returns in cash and kind, including all expenses -paid trips to Dubai! The time to act is now!

Baje is Nigerian first food technologist in the media and author of ‘Drumbeats of Democracy’.

FMBN and NHF loans in time of coronavirus

‘Lack of financial identity limits access to credit for…

The Africa Farmers’ Stories – The Irony of Food…