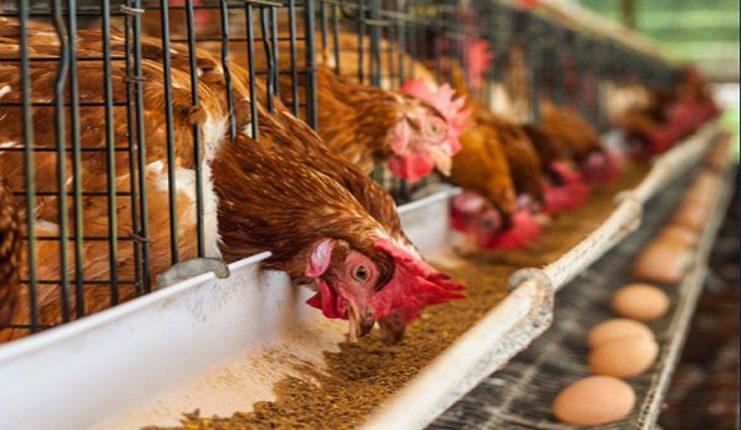 Poultry farmers in the country are beginning to count huge losses owing to the interstate lockdown and increase in the prices of poultry feeds.

The situation has driven many farmers into more debts and losses as the interstate lockdown limits access to the market, resulting in egg glut for farmers.

“Currently, so many poultry farms are experiencing egg gluts. It is no doubt the farmers are running heavy losses,” said Samuel Okwudiri, MD, Squdds Farm in Ibeju-Lekki, Lagos.

According to Okwudiri, there is no doubt that the glut and increase in feed prices are having an adverse effect and untold hardship on the farmers.

“As a result, many farmers are counting heavy losses on livestock and produce,” he stated.

The agric sector is one of the critical sectors in the Nigerian economy owing to its numerous potentials.

Hence, the government issued a directive to security agencies to allow food/agricultural produce to have access as essential service providers while the lockdown lasted.

However, many farmers, especially poultry farmers suffered some losses as security agencies made it difficult for players in the sector to have easy access to supply products across the states where they are needed as a result of the inter-state lockdown.

“There have been confirmed incidences of seizure of vehicles conveying agro-produce across the states’ borders, especially poultry goods.

“One poultry farmer reportedly lost about N50 million when about 10 of his buses conveying day-old chicks to the eastern part of the country were seized,” said Joel Oduware, a local farmer as he decried the incessant seizure of vehicles conveying agro-produce across state borders.

Okwudiri on his part stated that the difficulty in accessing the market will lead to loss of jobs in the sector and possible close-down of farms. He noted that it is important to point out that some of the large farms have taken facilities from banks to run their farms.

“It is no hard-fact that defaults and non-payment will arise and may eventually lead to closing down. It is in my humble opinion that the government can look into providing palliatives for the farmers to help mitigate the further effect of COVID-19,” said Okwudiri.

He opined that government can mitigate the level of damage in the sector by playing the role of off-taker across different farm produce across the country, which can then be distributed as food palliatives by the government both at the federal and state level to support the poor and needy in the area of food security.

Face masks not an option to fight against COVID-19