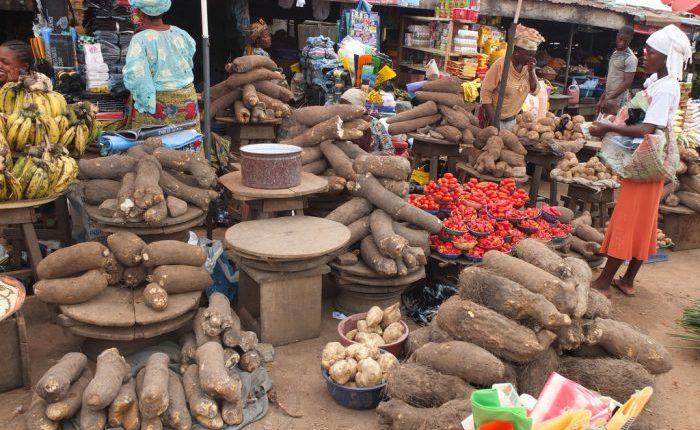 Nigeria’s population is rising rapidly, yet the country has failed to make appreciable efforts in increasing its farm yields with effects of climate change intensifying, sparking fears of food insecurity in Africa’s most populous nation.

Climate change has been altering and disrupting the farming cycle in the country for the past three years.

The widespread flooding currently in the country has caused crop losses and low production as farms were submerged in floods, leading to high food prices and imports.

The situation has also lead to the loss of billions of naira worth of investments in rice and other major staples especially in the northern region where the bulk of the country’s food crops are cultivated.

“It will be a major determinant of food production and Africa’s vulnerability to climate change is closely linked to the continent’s low adaptive capacity and increasing dependence on resources sensitive to changes in climate,” he said.

Mogaji said the country must now increase its mechanisation and improve its storage to reduce postharvest losses to meet the ever-increasing mouths needed to be fed.

“Government needs to attract more private capital to agriculture. Inputs are expensive and high-quality seeds are lacking. We need investments and government intervention in these areas,” he said.

Apart from changing climate, low yields per hectare in almost all crops grown in Nigeria, Africa’s most populous nation is another major challenge to the country’s food security quest.

The Federal Government has mouthed support for agriculture over the years, yet the country’s farm yield per hectare has remained poor and one of the lowest among its peers.

“We currently cannot produce the food we need to feed 201 million people because our yield per hectare is still low but we are making progress,” Ibrahim Kabiru, president , All Farmers Association of Nigeria (AFAN) said.

“Nigeria as a country needs to do more as a country and farmers also have to do their part in increasing our yield per hectare. We need to embrace biotechnology and improve methodology in planting,” Kabiru said.

He says tha t biotechnology crops are safe for consumption and that no nexus exists between genetically modified crops and cancer, as it has not been scientifically proven.

Recent data from the Food and Agricultural Organisation (FAO) shows that Nigeria has the least average yield per hectare of four selected most consumed crops, among its African peers such as Ghana, Kenya, and South Africa.

Owing to the low crop yields, Nigeria now records huge demand-supply gaps in most of its staple foods, even as the population growth rate stands at 3.2 percent per annum and projected to surpass the 300 million people mark by 2050, according to The World Population Prospects 2017.

Nigeria’s population is now 201 million people who must be fed with rice, beans, tomatoes, and potatoes among others.

“Nigeria has one of the lowest yields per hectare globally. We abandoned agriculture for a very long time when other countries were developing theirs. It is now we are coming back to it and there is still a lot that has to be done,” Emmanuel Ijewere, vice president, Nigeria Agribusiness Group (NABG) said last year at a CEO’S breakfast meeting in Lagos.