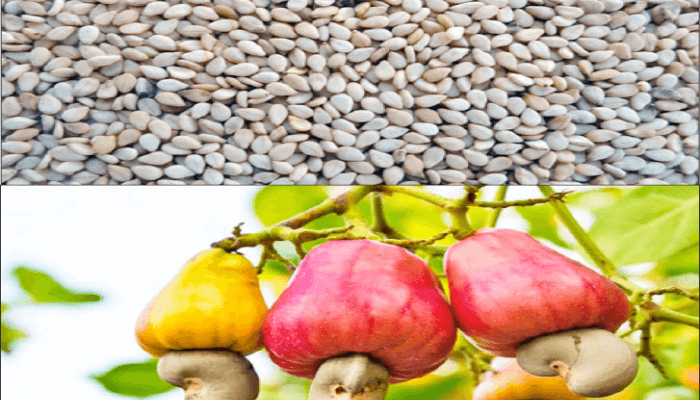 According to data from the National Bureau of Statistics (NBS), cashew nuts in shell made up 29.11 percent of all agricultural products exported during the quarter and ranked the fourth-highest of Nigeria’s exports with a 0.56 percent share of total exports for the second quarter of 2022.

Tola Faseru, president of the African Cashew Alliance (ACA) has attributed the increase in export value to the seasonality of the crop, stating that “the timing is favourable.”

“By the end of Q1, a lot of the produce would have been shipped and the money would be coming in by Q2. It’s a high point period for cashew. While for cocoa, the production comes heavily from October. The seasonality of each of those products and the time of export differs,” he added.

Faseru also noted that “Nigeria produces about 270,000 tonnes of cashew, and exports 90 percent, while 10 percent is processed locally. The value of cashew exports annually is about $250 million.”

The export value of cashew nuts in shell grew by 232 percent on a quarterly basis (q/q) from N12.4 billion reported by NBS in the first quarter (Q1) of 2022.

During the quarter, cashew nuts were exported to Vietnam, and India, valued at N22.21 billion and N18.49 billion respectively.

According to the Nigerian Export Promotion Council (NEPC), Nigeria currently produces 220,000 to 240,000 tonnes of cashew in the shell, lower than when compared to its African peers like Côte d’Ivoire, and Guinea Bissau.

Côte d’Ivoire is by far Africa’s biggest cashew harvester. According to figures released by commodities markets analysts N’kalô, the West African nation produced 1.123 million tonnes of cashew in 2021, a phenomenal 18 percent leap from 2020.

In an effort to boost cashew production capacity in Nigeria, minister of industry, trade, and investment, Adeniyi Adebayo, during a pre-event media briefing on the 16th African Cashew Alliance (ACA) conference which kicked off in Abuja on Monday, said new investments were being planned for the development of six new plants with an estimated capacity of 22,910MT for cashew production in the country as it eyes the export market.

He said the plants will address shortfalls in the production of the commodity as the government targets a rise from the current 260,000MT to about 500,000MT.

The commissioning of the cashew plant called “Mighty Kashoo” is an effort by the company reputed for its sustainable business offerings at diversifying into the economically significant agricultural industry in addition to its thriving construction major.

NEPC stated that Nigeria is a major and growing player in the cashew industry with a rising market share in global cashew production and an annual average production increase of 5 percent.

The NEPC also explained that the cashew-producing season is relatively long and runs from December to June.