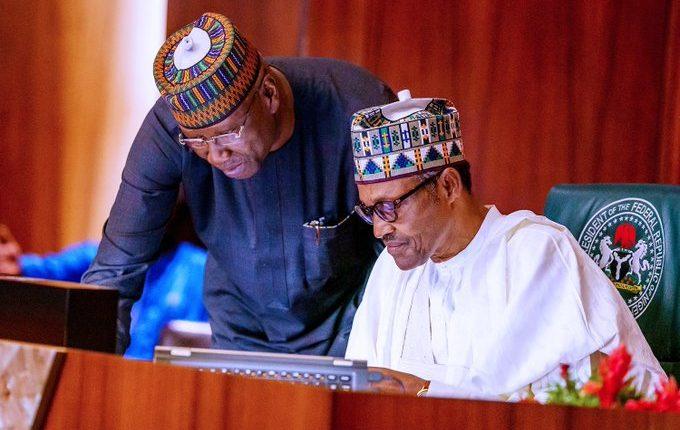 Speaking on Thursday in Argungu, Kebbi State, the President said the reemergence of Argungu Agricultural and Fishing Festival after 11 years of suspension, and other international festivals across the country, signal more confidence in improved security.

The annual 4-day event, attracts about 30,000 fishermen, with the winner going home with $7,500 equivalent in prize money.

“We are not only celebrating the reinstatement of this important gathering, but we are also celebrating the remarkable progress made in restoring peace and security to this region and indeed, our country. It is also noteworthy that yesterday in Abuja a motor rally across five states, which will terminate here in Argungu, was flagged off,” Buhari said.

President Buhari said many international festivals, such as the Argungu Fishing and Cultural Festival, were being celebrated across the country, bringing all Nigerians closer together and improving collective appreciation of the nation’s diversity, while projecting the rich history and culture to foreigners.

“In both instances, massive jobs are created in the tourism sector, which we all agree is still not fully developed. We must, therefore, continue to encourage, support and promote such festivals.
“Let me use this opportunity to commend Governor of Kebbi State, His Highness, Emir of Argungu, Minister of Information and Culture, Governor of Central Bank of Nigeria and members of the organising committee at the local, state and federal levels for this remarkable event.’’

The President said the government focused on food security by investing in programmes that will stimulate more interest in agriculture, improve the system of farming, highlighting some of the achievements since 2015 to include the return of paddy pyramids and multi-billion naira rice mills.

“We established the National Food Security Council, which I chair, supported by the Governor of this State, Senator Abubakar Atiku Bagudu, to ensure that all our successes to date are continuously improved upon.
“I thank the people of Kebbi State for your support to the Governor as he embarked on this very important national assignment,” he said.

Commending private sector sponsors and international development partners for supporting the 60th Argungu Fishing and Cultural Festival, the President said Nigerians have the capacity to solve the challenges facing the country.

The Governor of Kebbi State commended President Buhari for reviving the “We can do it’’ spirit in the agricultural sector, resulting in rising grain pyramids and employment, and providing an enabling environment for festivals, like the Argungu Fishing and Cultural Festival, to resume.

He said: “We are not allowing those who do not wish us well to define who we are.’’

The Emir of Argungu commended the President for the bold step to close the land borders, which clearly showed his penchant to always pursue national interest.

Argungu Agricultural Fair is part of activities at the 60th Argungu Fishing and Cultural Festival, which is a UNESCO World Heritage event.

Nigeria has nothing to show for years of borrowing – Peter Obi