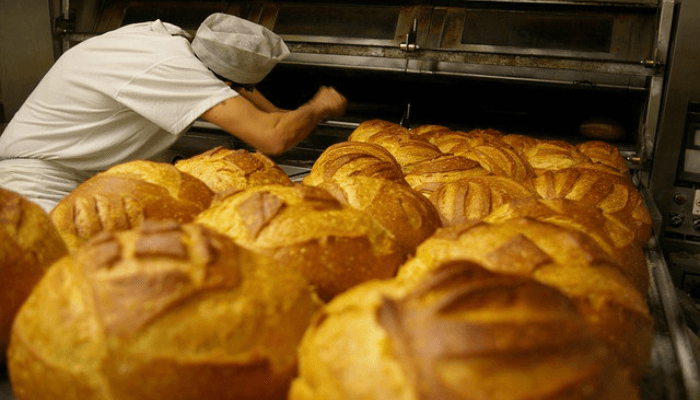 Duro Kuteyiashe, the managing director and chief executive of Spectra Industries Limited has called on bakers in the country to become creative by adopting cheaper substitutes to drive down production costs of producing a loaf of bread.

Kuteyi made the call recently at the opening of a model of Spectra Factory shop which was designed to bring Spectra products nearer to residents of Suco community in Okoba of Agege in Lagos State.

He noted that for bread which is a necessity to continue to remain on the breakfast table of average Nigerians in the face of the sky-rocketing price of imported flour, bakers must begin to look inward by embracing domestic and made-in-Nigeria ingredients that will not only improve their profitability but also bring down the cost of production of bread significantly.

“A lot of bakers are going out of business and the few resilient ones have increased the price of bread which is making bread a luxury and unaffordable to a lot of Nigerians,” he said.

“This is mainly due to the scarce foreign exchange and the crisis in Ukraine which is outside the control of bakers. But bakers can be creative about it by looking at local innovative ingredients such as Sobake which is defatted soya flour produced indigenously by Spectra.

“Like they always say, necessity is the mother of invention. Where we are in Nigeria today will bring out the best from creative people,” he said.

The renowned food technologist stated that by embracing local ingredients, the cost of production will reduce significantly as well as improve profitability as he revealed that 1kg of Sobake in 50kg of wheat flour with an extra 1.5 litre of water in the recipe of bread will give bakers extra yield by 5X500g loaves.

“Apart from the fact that this product has a high amount of protein, the lower fat content of defatted soya helps to increase the shelf life span of bread and from the feedback of bakers that are using our Sobake, the product has become a welcome relief for bakers,” Kuteyiashe said.

Several countries that were hard hit by the Russian-Ukraine war have commenced including close substitutes such as sorghum, orange sweet potato flour, and High-Quality Cassava Flour in the production of flour for bread and other confectionery. But despite the pressure, the Nigerian flour milling industry is yet to embrace the option of adding cheaper substitutes to flour production.

This has made the prices of bread and other confectionery continue on an upward trajectory.

Recall that last week bakers in Nigeria embarked on a four-day warning strike to force the government to address the issue of rising production costs.

Experts expressed fears over the ugly development, bearing in mind that the Russia and Ukraine war is not in any way showing any sign of coming to an end soon.

This is further worsened because importers of flour are not given foreign exchange concessions by the government meaning they have to source foreign exchange for importation from the black market.

With all these challenges, they argue that it is obvious that for any serious entrepreneur in the baking and confectionery sector to remain in business, dependence on 100percent imported bread inputs is no longer sustainable.

Bumi Dada, the managing director of a bakery narrating her experience said that the last three months have been very challenging for her as the cost of producing bread has become unbearable and unpredictable.

“The most unpredictable aspect of it is that the changes in the price of flour, sugar, gas and everything we used in baking has refused to be stable. Prices of flour keep changing daily. A bag of flour costs N4, 000 today and by tomorrow the price will be N7,000,” Dada stated.

Nike Akinriwoye who is into cake baking said for her to remain in business, she is resorting to local bread ingredients that are more affordable than imported flours.

“I have tried Sobake and I realise that it is quite good and saves me a lot of money without affecting the quality of my baking even though initially when it was introduced to me, I had the fear whether it will meet the required standard that my customers always look out for. But after trying it, I realise that it blends perfectly when mixed with the imported flour,” Akinriwoye said.