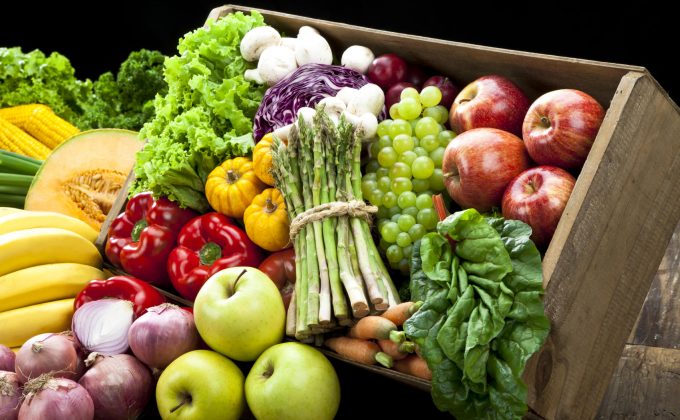 “The size of food and agriculture in Africa will rise to $1 trillion by 2030. The population of Africa, now at 1.2 billion, will double to 2.5 billion by 2050. They all must eat. And only through food and agribusiness can this be achieved”.

Going by the poignant statement, hopes are high that Africa will eventually rise above the several challenges the continent faces towards achieving meaningful and sustainable food security.The statement was made when he bagged the honourary Doctorate of Science award bestowed on him for the year 2020 by the Federal University of Agriculture in Abeokuta, Nigeria. It was to appreciate his immense contributions in agriculture and food security across the African continent.As he gladly added: “Agriculture is the most important business in the world”.

Indeed, agriculture currently employs 65–70 percent of the African workforce, supports the livelihoods of 90 percent of Africa’s population, and accounts for about a quarter of the continent’s GDP (OECD and FAO, 2016; World Bank, 2016).

And narrowing it down to the Nigerian experience, thoughit is a country that depends heavily on the oil industry for its budgetary revenues, it is predominantly still an agricultural society. Approximately 70 percent of the population engages in agricultural production at a subsistence level. Agricultural holdings are generally small and scattered.

With increased interests in various aspects of agriculture by some elites, coming up as individuals or groups/cooperatives much more has to be done than said, especially in transforming it from the use of obsolete farming tools and low-yielding crops to fully mechanized types.

Such of course, would focus on the use of hi-tech methods of cultivation, weeding and the planting of high-yielding, early-maturing, disease-resistant hybrid seedlings. There is also emphasis on aquaculture. All these combined would produce more nutritious, safe organic foods with longer shelf life. But the challenges, which the farmers in the ‘60s who produced the pyramids of cotton, groundnut, cocoa, rubber, hide and skin never encountered are here with us.

Amongst these are the seemingly intractable waves of insecurity metamorphosing as Boko Haram terrorism, banditry and kidnappings. In fact, torrid true-life tales have been told of how fully armed Fulani herdsmen have not only vandalised farms across the country but maimed, raped and killed some defenceless citizens in different parts of the country.

The sad experiences of Chief Olu Falae, former Secretary to the federal government at the hands of such terrorists, twice in his Ondo State-based farm has no doubt affected the productivity as they have had to several of the victims.

To unleash the huge potentialities inherent in agriculture, even the students have the important role they have to play in the continent’s economic development.

Adesina said the African Development Bank was spearheading efforts to feed Africa and was investing $25 billion over a ten-year period to transform the continent’s agriculture sector. What Africa does with food will determine the future of food, given that 65percent of the arable land left to feed the world is here, he emphasized.

“I am delighted to see so many of our young people engaged in agriculture arising from the Youth Employment in Agriculture initiative launched when I was minister to get the youth into agriculture as a business. From their innovations in the use of drones, food processing, packaging, transport and logistics and marketing, they are already unlocking the opportunities in agriculture,” he said.

He urged agricultural universities to optimize their role in linking research, innovations and technologies to farmers and the food and agriculture industry. “Africa’s youth must become leaders to help feed our world,” he advised.

It would be recalled that while delivering the opening remarks at the High-Level Panel on Food Security and the Achievement of SDGs in Africa: “The Role of South-South and Triangular Cooperation, New York”, in September 23, 2019 he had emphasized on the imperative of African countries learning from the experiences of other countries that have succeeded in various aspects of modern agriculture.

Said he:“There’s a lot we must learn from experiences of others through South-South Cooperation. China’s, India’s and Latin America’s successful experiences, especially in agriculture offer much scope for lessons and sharing of innovations and experiences with Africa. I am very pleased that the African Development Bank is co-hosting this session with FAO, UNECA and Morocco. And the focus is on food security and the SDGs.

“And there’s so much to learn within Africa from what’s working as well. The success of Morocco on its fertilizer sector, with the rapid growth of the OCP, its fertilizer company, into a global company is already helping African agriculture.

“The experience of Nigeria in using the electronic wallet system to deliver farm inputs to millions of farmers is already being replicated in Togo, Liberia, Benin and as far as Afghanistan.

“Similarly, the agricultural risk sharing system that’s been so successful in getting Banks to lend to agriculture in Nigeria is being scaled up to several countries, including Ghana, Togo, Liberia, Kenya.

“And successful lessons from Ethiopia’s agriculture are helping to inform other countries on building effective extension systems.”

He went on to state that the African Development Bank was investing $25 billion in agriculture over ten years. He explained that some of this work already showed significant impacts and offers useful lessons for South-South and global cooperation.

For instance, the Bank launched the Technologies for African Agricultural Transformation (TAAT) to help take technologies to scale for millions of farmers. The initiative brings together the Consultative Group on International Agricultural Research, national agricultural research centers, and private sector companies, on a strategic technology delivery platform.

He gave a convincing instance that in 2018, TAAT maize compact, working with 30 private sector companies, delivered climate-smart maize varieties to 2.6 million farmers, who planted them on over 1 million hectares.

Similarly, through the South-South Cooperation Trust Fund, hosted at the Bank and funded by Brazil, AfDB was financing efforts to transform 16 million hectares of savanna land of Africa into a breadbasket for producing maize, soybean and livestock.

The Bank, in partnership with the Rockefeller Foundation, launched the Leadership for Agriculture platform to link ministers or agriculture and finance to develop investment incentives to drive agriculture.

The Bank has launched the Special Agro-industrial processing zones to also invest in infrastructure in rural areas. The aim is to enable food and agricultural companies to locate there, driving the development of national, regional and global agricultural value chains. Together with the FAO, UNIDO, IFAD, World Bank and the African Union the Bank plans to significantly drive the SAPZs in several countries.

Finally, the Bank has developed strategic partnership to address the rising problem of malnutrition and stunting on the continent, which affects over 41 million children. Together with AlikoDangote Foundation, Bill and Melinda Gates Foundation, Big Win Philanthropy and the African Union, and the Global Panel on Agriculture and Food Systems for Nutrition, the Bank launched the African Leaders for Nutrition which is harnessing political will to end stunting in Africa. Through the joint Africa Nutrition Index with the African Union, countries are being ranked based on the effectiveness of their policy actions to tackle nutrition.

The bitter truth however, is to ensure that the challenges of insecurity, lack of access to fertile farmlands, needed funds and the development of technological know-how to boost food production are dealt with by the combined efforts of members of the African Union.