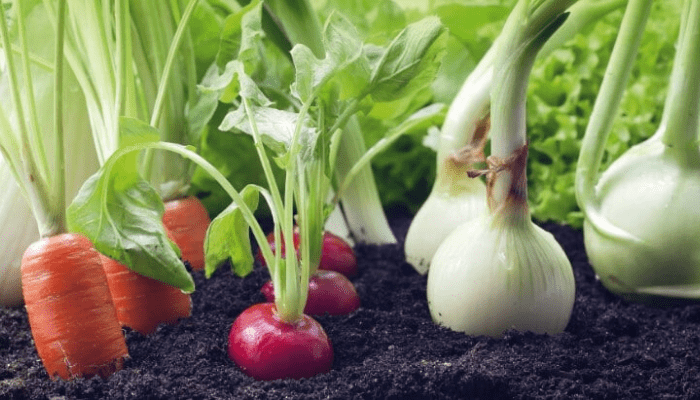 The $400m foods plant in Port Harcourt close to the port has got a big boost. The plant suffered a setback when the BUA Terminal was shut down or decommissioned by the Nigerian Ports Authority (NPA) over a misunderstanding. Now, a FG order after resolution of the dispute has given breath to the plant.

Now, the management of BUA Ports and Terminal, a subsidiary of BUA Group, has described the reopening of its terminals at Rivers port as timely for the ongoing development of best-in-class terminal at the Rivers Ports. This is because the Terminal is to serve not only users of the Rivers Ports but also the recently constructed $400million foods manufacturing complex adjacent to the terminal.

Also in jubilation are dockworkers at the Rivers ports in Port Harcourt who have commended President Muhammadu Buhari for his intervention that led to reopening of the BUA Terminals.

The Terminal was shut down in a move challenged by BUA at the time, and decried by maritime stakeholders. The NPA had late last year decommissioned and shut down the BUA Ports and Terminals Limited, operator of Terminal B, Rivers Port, Port Harcourt, for security reasons.

The Managing Director of NPA, Hadiza Bala Usman, had, while speaking at a stakeholders meeting organised by the NPA in Port Harcourt, said the NPA as a responsible government organisation took the step to save lives and limbs of those working at the terminal.

NPA, she had added, took the decision for health and safety reasons after receiving a letter from BUA on security challenges surrounding the quays wall at its terminal. BUA however countered and explained that this challenge was only affecting one of its four berths; and that it only requested the NPA to allow them do the necessary repairs at the berth, but that the NPA rather than grant the request, proceeded to issue a notice of termination without due process and against the terms of the concession agreement.

All this seems over. Following the reopening, dockworkers in their numbers took to the docks of Port Harcourt to thank key stakeholders for their timely intervention in the crisis between the BUA Ports and Terminals and the NPA, which halted business activities at the terminal B.

Addressing the dockworkers at the rally, a national trustee of the dockworkers’ branch of the Maritime Workers Union of Nigeria (MWUN), Waite Harry, praised President Buhari for his commitment to due process, which ultimately led to the withdrawal of the notice of termination issued to BUA Ports & Terminals.

The government had also directed both parties to resolve all outstanding issues in line with the concession agreement, discontinue the pending arbitration in London, and reopen the BUA terminals immediately.

This pending arbitration could have cost the country or BUA hundreds of millions of dollars in judgment losses, hence the decision by the Presidency to reopen the Terminal and stick to due process by following the dispute resolution mechanism as laid out in the concession agreement.

According to Harry, this action has saved the jobs of many dockworkers at BUA. “The resolution of the crisis has changed our status from untold hardship faced over the inability of ships to berth at the BUA terminals.

”We must also appreciate the Management of BUA Ports & Terminals who continued to support us monthly throughout this period. We are happy that we can now return to our work through this gesture by the federal government, which will also bring economic prosperity to Rivers State and the nation in general. I hope that all outstanding issues can now be resolved by both parties amicably.”

Meanwhile, the management of BUA Ports and Terminals has disclosed plans to resume operations at the terminals within the Rivers Ports. The NPA is set to immediately withdraw the Notice of Termination of Concession it had earlier issued BUA in 2019.

In a statement in a statement, BUA has expressed readiness to resume operations at the reopened terminal soon. The statement reads, “We are pleased to inform our stakeholders and the public that we have received official communication to the effect that the notice of termination issued by the Nigerian Ports Authority sometime last year against our Rivers Ports-based BUA Ports & Terminals be withdrawn forthwith.

“The ongoing arbitration at the London Court of International Arbitration (LCIA) be discontinued, and; the BUA terminals be reopened immediately for operations. ”This decision is in line with our earlier and consistent stand that all parties respect the content and spirit of the concession agreement for the facility.

”We also want to thank you unequivocally – our dear customers, employees, dockworkers and other stakeholders for your patience, support, and for keeping faith with us throughout this period.

BUA remains a law-abiding corporate citizen and is looking forward to working with the management of the Nigerian Ports Authority in resolving any outstanding issues and making the Eastern Ports one of the best in the country.”

BUA has expressed its most sincere appreciation to all stakeholders for their successful intervention and mediation. “Their intervention has saved jobs, protected huge investments and prevented potential judgment losses running into hundreds of millions of dollars from being incurred by either the country or our company in the arbitration process at the LCIA in London which is set to be discontinued.

”We look forward to kick-starting operations at the BUA Terminals to once again provide the excellent services.”

Closure of our berths by NPA in the form of decommissioning affected stakeholders. Dockworkers have been badly hit, thus they embarked on protests.

On June 17, 2019, NPA wrote to BUA decommissioning the berths, since then, there have been no vessels calling our berths (5, 6, 7). Dockworkers are paid by tonnage; so if they do not have vessels to attend to, they do not have income. They would simply be out of action and would naturally become restless in the port area. They want the NPA to allow ships to berth here.

In 2014, BUA observed that some hoodlums went underground to cut the pipes. They said they reported to the landlords, the NPA. Arrests were made. Nothing much was done. Soon, they did it again, this time cutting the steel beam at the middle of berths. This can make the berth not to be very stable, though the beams are not the main pillars carrying the berths but they are supports.

BUA stated that the hoodlums were not after BUA. Later arrests were made at nearby Abonnema. The suspects were prosecuted but BUA lost the case because they did not have the position of owners since they were mere tenants and the owners (NPA) did not show any interest. They lost the case in February 2019.

BUA now wrote NPA requesting for approval to repair the berths but the next thing they said they saw was that NPA decommissioned the berths that they were not safe for operations. Under normal circumstances, they should write to request details such as cost and scope of work and time needed. They would either approve or not approve, but they simply decommissioned the berths and thus stopped them from working.

It appeared that the objective of the landlords was to stop BUA from operating, and nothing was said about repairing the berths or partnering with them to get the place treated. The next step was never allowed to take place. The decommissioning did not state what next or how long, BUA sources had said.

Vessels were waiting at sea with demurrage. They had 14 ships waiting that were carrying gypsum, wheat, bulk malt, POP, Caustic Soda, Tallow, PET Coke, PMS, Fish, AGO, Bitumen, and Containers. This was a huge cost to consumers because everything eventually would pass to consumers. Port charges cause high costs to imported goods.

BusinessDay gathered that there are 103 dockworkers and 78 regular workers in BUA Port Harcourt. All they said they needed was to repair the vandalized beams and start work. Now, that wish has been granted.

BUA said its relationship with the NPA was cordial, though many kept referring to whatever personal matters that may have existed between topmost persons in both the NPA and BUA years past. Maybe, there s break in communication, they said.

There was a strong appeal to resolve the matter. The appeal got wide attention and the House of Reps waded into it, held public sitting in Port Harcourt, and reported to the FG. Now, President Buhari is being commended for stepping in and demanding a cessation of hostilities. The Minister of Transportation, Chibuike Rotimi Amaechi, to whom the NPA reports is also a Port Harcourt boy, a keen person eager to revive the port Harcourt economy through a revived port system. The importers and manufacturers in the region also want the port fully operational. They too formed a lobby platform to pres for action. They too called for urgent resolution of whatever matters between BUA and NPA.

BUA co-concessionaire in the place, PTOL has been under pressure to handle all vessels which have queued up. This has pushed up their revenue base as they met their 2019 target only by half of the year. This has continued to be so, according to management of PTOL when giving their operational outlays.

Port Harcourt ought to relieve Lagos in terms of port operations. BUA said they marketed the shipping lines to come to Port Harcourt port, but seemed sad that things took a bad turn. Now, it seems all over and boost has come back.