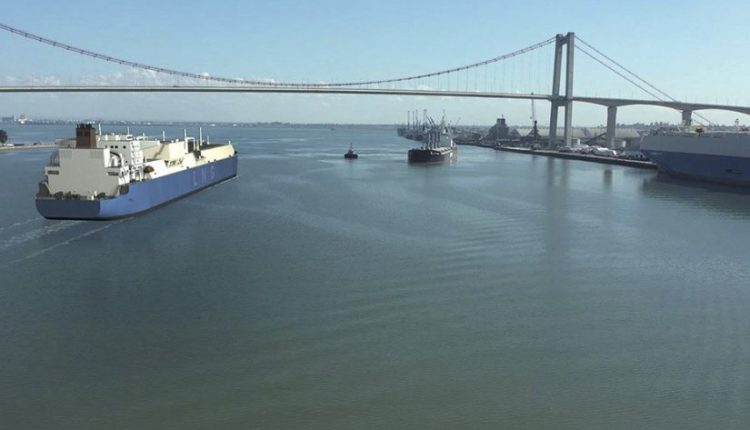 Small Mozambique is teaching Nigeria lessons on attracting badly needed private capital for development after it was announced that the final investment decision for a second liquefied natural gas (LNG) project near Mozambique’s capital will be taken around the middle of 2020.

Nigeria has lost its way in the chase for foreign direct investment with NBA data showed Africa’s largest economy attracting just about $1 on per capita basis in the second quarter of this year and there worries even some investors in the country are moving their capital elsewhere.

France’s Total Which is leading the gas project and its partners said Wednesday they will sign an FID weeks after ExxonMobil announced another investment in excess of $30bn.

The project will see a floating storage and regasification unit moored in the harbour of Matola, a suburb of the capital Maputo, and it will be connected to a new gas-fired power plant nearby and to South Africa’s gas network. Total will supply the gas.

Total and its partners, including Gigajoule, a gas company focused on southern Africa, and Mozambique’s Matola Gas Company (MCG), which operates a 100 kilometre gas pipeline network in Maputo province, signed an agreement to develop the project on Wednesday.

“[This] will accelerate the process which will enable a final investment decision to be taken by the middle of 2020,” the joint statement said, adding construction would then proceed and commercial operations would commence by the end of that year.
“The availability of a new source of much needed natural gas and power will fuel the economic growth in Mozambique and the southern African region.”

Mozambique is on the cusp of a gas boom as blockbuster projects by the likes of oil majors including Total and Exxon Mobil get underway in its gas-rich north.

While this separate project is situated at the opposite end of the country, it shows how one of the world’s most impoverished nations is working to leverage unprecedented inflows of foreign direct investment in order to develop.

The statement said the gas pipeline network, harbour infrastructure and a connection to South Africa’s network will cost around $350 million, while the cost of the 2,000 megawatt power plant, which will be constructed in phases as the market develops, will be around $2.8 billion.

Total, Gigajoule and MGC signed a memorandum of understanding related to the project in 2017. Concessions for the development and construction of the gas infrastructure and for the design, construction and operation for the power station were awarded in July

FG studying US planned inclusion of Nigeria in new travel…