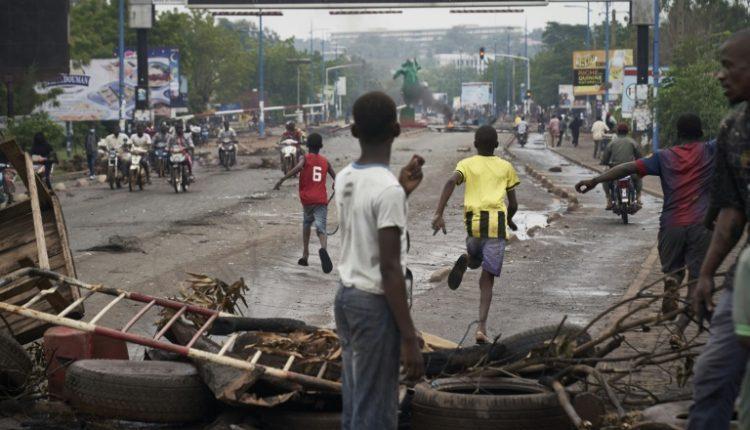 Not many would be surprised when reports emerged recently of political tension in the West African country of Mali.

In Africa, political divisions and crises resulting from bad governance, citizen’s frustration with the political leaders and inter-ethnic rivalries are rife.

The political tension in the last few weeks in Mali, perhaps, reflects a deep governance decadence which has plagued the continent in recent decades.

Infuriated by corruption, disputed local election results and army losses to jihadists, tens of thousands of people have taken to the streets in Mali, sparking clashes with police in which the United Nations says at least 14 protesters have died this month.

The opposition, a group called M5-RFP whose leader is Saudi-trained Muslim cleric Mahmoud Dicko, has said it would not quit until President Ibrahim Boubacar Keita steps down, raising concerns in neighbouring countries of a protracted crisis.

A few days ago, Presidents from five West African countries, including Muhammadu Buhari of Nigeria, were in Mali to try to negotiate an end to the political crisis that has rocked the country, raising fears it could undermine a regional fight against Islamist militants.

Perhaps, the bravery of the Mali’s opposition to take to the street, and call for an end to the administration of Keita deserves commendation.

The situation in Mali epitomises deep governance failure, citizens’ increasing disenchantment with leaders and government policies across the continent.

In Cameroon, the English-speaking North-West and South-West regions have been experiencing a civil conflict since 2016, when protesters and security forces clashed.

The English region had alleged marginalisation from the Paul Biya-led administration.

In recent years, there have been demonstrations over the use of French in the English majority regions; it started from teachers and lawyers marching the streets with tree branches.

But the related security crackdown led to a spiral in the demands as a group of activists declared a security-political push to secede from Cameroon.

Hundreds of people have died in the clashes between secessionists and government forces. Thousands have also been displaced by the violence.

In Nigeria, the situation is the same; though corruption has become systemic and endemic, despite a promise by the incumbent President Buhari to tackle graft when he assumed office in his first tenure in 2015, observers are of the view that the situation has worsened in recent years.

In 2016, Nigeria comparatively ranked better when it scored 28 and took 136th position among the 176 countries evaluated for that year; meaning that Nigeria was in 2016 better than 40 other nations.

Critics are of the view that the country is in a bad shape. The Buhari administration has been criticised for its failure to halt and find a solution to the senseless killings, banditry and other criminal activities which have led to deaths of thousands of people in recent years. Frustration is daily growing over the unfortunate state of affairs in the country as many more people call for political and fiscal restructuring of the country.

Recently, leaders of socio-cultural groups from the Southern and Middle-belt parts of the country dragged Buhari to court over alleged lop-sidedness in his appointments.

They urged the court to award N50 billion against them to represent punitive, aggravated and exemplary damages to their constituents for the illegal, wrongful discriminatory and unconstitutional acts committed by the administration against the people and geo-political zones.

Political scientist, Sylvester Odion, said the situation in Mali should be a source of concern across the region considering the worsening security situation in Nigeria and other West African countries.

“They are working with insurgents that have complicated the situation; in the Northern part of Mali; people there cannot go to their farm because of insurgency and that is why the Military went there some years ago.

“But there is a general problem of democracy in Africa, with incumbent leaders not wanting to go after their term. But there would also be a problem when the views of the citizens don’t reflect outcome of elections and you add that to the economic situation there.

“There is worry about the Malian crisis; because it could extend to other parts of the African continent.

“The Malian guys have been linked here, to movement of the army into Nigeria from Libya. There is need to be worried; that is why people are concerned about the worsening security situation there,” Odion said.

Wunmi Bewaji, a political analyst, said the crisis could escalate with the challenge imposed by the coronavirus pandemic, and people are not happy with their governments.

“The coronavirus pandemic has brought a sharp fall in revenues across the world, but Africa is affected more, there is little revenue to take care of added responsibilities and help is not coming because most of the bigger countries have their issues too to deal with.

“So we are seeing the displeasure by the citizens who are venting their anger on the government, just like Mali now; it is unfortunate.

“I agree in some countries there is no democracy, like Cameroon, but in some other cases, I would say the coronavirus pandemic has compounded the problems they may have; but I don’t think resorting to anarchy is the solution,” Bewaji said.

Bewaji further called for dialogue among political groups and leaders rather, stressing that parties must be ready for a compromise to end the political tension in Mali.

“Democracy is still the only best form of government for now; there is no alternative, and the way forward is for the government to listen to the people, there has to be compromise here and there.

The resources are limited and if you say a government should be out, elections would be conducted and cost money, which they don’t have now in Mali. The idea is for leaders from all sectors to sit down and talk, I mean a political solution,” Bewaji added.