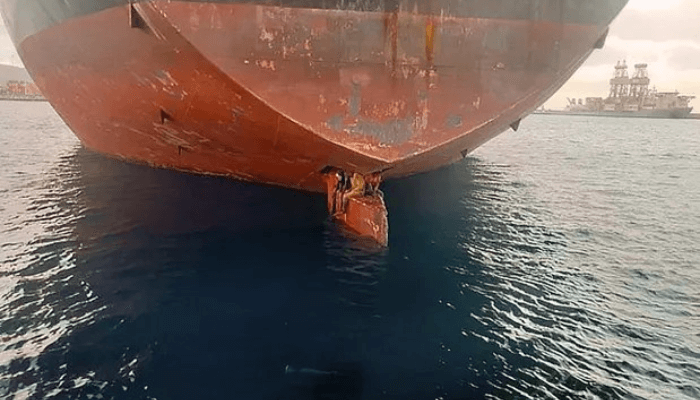 Three migrants who were found in Spain’s Canary Islands after travelling from Nigeria presumably for 11 days while squatting on a petroleum tanker’s rudder will be sent back home in accordance with stowaway regulations, a Spanish police spokesman said on Tuesday.

The three stowaways are seen crouched on the Alithini II’s rudder, just above the waterline, in a photo posted on Twitter by the Spanish coast guard on Monday, Reuters reported.

According to Marine Traffic, the 183-meter ship, flying the Maltese flag, arrived in Las Palmas in Gran Canaria after departing from Lagos in Nigeria on November 17 and travelling up the coast of West Africa.

The Red Cross received confirmation from the ship’s captain that the vessel had left Nigeria 11 days ago.

A representative for the Canary Islands police said it was up to the ship’s captain to look after stowaways, give them temporary housing, and send them back to where they came from as quickly as possible.

However, according to Helena Maleno, director of the non-governmental organization Walking Borders, the migrants might be permitted to stay in Spain if they apply for asylum.

Stowaways have already been granted political asylum in Spain on a number of occasions.

The migrants were saved, according to the coast guard, at around 7 p.m. local time on Monday.

The Canary Islands emergency services and the Red Cross said that the stowaways were receiving treatment for mild dehydration and cold. One of the migrants needed to be transported to a separate hospital on the island because of their more acute condition.