Sajid Javid, Rishi Sunak: What to know about the likely successors to Boris Johnson 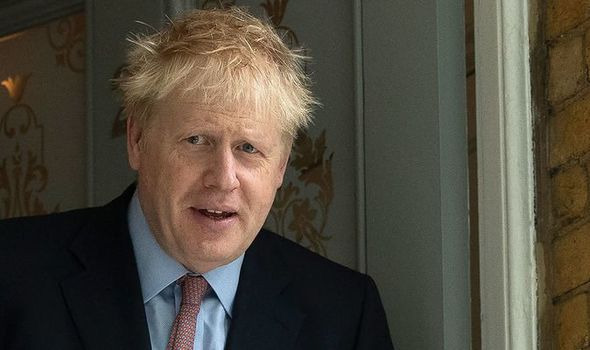 It is no longer news that the enigmatic Boris Johnson resigned from his position as Prime Minister of the United Kingdom Thursday.

The recent turn of events within his cabinet suggested that something of that nature was likely going to happen, despite his boisterous and defiant defence that he was going to remain in office following the huge number of resignations.

The storm in the tea cup was the resignation of Sajid Javid, the Secretary of State for Health and Social Care, and Rishi Sunak, the Chancellor of the Exchequer.

Information gathered from several pundits put the two ahead of several others tipped to replace Boris Johnson.

Who is Sajid Javid?

Sajid Javid is a 53-year-old British politician born in Rochdale on December 5, 1969, a large town in Greater Manchester. Javid is of Pakistani origin as his family migrated from Pakistan in the 1960s.

He studied economics and politics at the University of Exeter, where he joined the Conservative Party.

He performed exceptionally well during his time as a bank executive at Deutsche Bank, where he rose to become its Managing Director, growing the bank’s asset base by more than $10 billion.

His sojourn in politics started when he was elected to the House of Commons in May 2010.

Javid is an avid supporter of the “Britain Stronger in Europe Campaign”, in which in many public and private forums he canvassed for the country to remain in the European Union.

He went on to serve as Communities Secretary in the Theresa May government from 2016 to 2018.

It was not until Amber Rudd resigned as Home Secretary under some controversial circumstances that he became the first Briton of Asian origin to occupy one of the loftiest offices in the United Kingdom.

Following Matt Hancock’s resignation in June 2020, Javid rose to become Health Secretary. This position offered him the chance to enjoy the limelight of British politics, especially following the outbreak of the COVID-19 virus.

He designed the mass vaccination program, which resulted in a record vaccination rate, as well as the development of health policies that limited the spread and death rate during the pandemic’s peak.

He also supported an end to public health restrictions such as face mask mandates until an Omicron variant emerged in November 2021.

He is a dedicated member of the Conservative Party and has been so since 2010.

Who is Rishi Sunak?

Rishi Sunak is a British politician of Indian origin whose parents migrated from East Africa. He was born on May 12, 1980, in Southampton.

He read philosophy, politics, and economics at the prestigious Lincoln College, where he excelled in his academics. He later proceeded to Stanford University for his MBA under the Fulbright Scholarship programme.

He is married to Akshata Murty, the daughter of an Indian billionaire businessman and founder of Infosys.

He started his professional career with Goldman Sachs and later as a partner at the hedge fund firms The Children’s Investment Fund Management and Theleme Partners.

His foray into politics was during his time in Theresa May’s second government, where he served as Parliamentary Under-Secretary of State for Local Government.

Sunak was a staunch supporter and openly campaigned for Boris Johnson to become the conservative leader after May resigned.

His support didn’t go unnoticed as Johnson, after assuming office as Prime Minister, appointed him as Chief Secretary to the Treasury.

Sunak took over as Chancellor of the Exchequer after Sajid Javid resigned from that position in February 2020.

He served in that position until he resigned Wednesday, citing irreconcilable differences between him and Johnson. His resignation was among the 45 members of the Boris Johnson cabinet that resigned yesterday, most calling for Johnson to step down as Prime Minister.

One key policy that stood Sunak in the Johnson government was that he was part of those that designed the government’s economic response to the economic challenges the country faced following the numerous lockdowns imposed to deal with the COVID-19 pandemic in the United Kingdom.