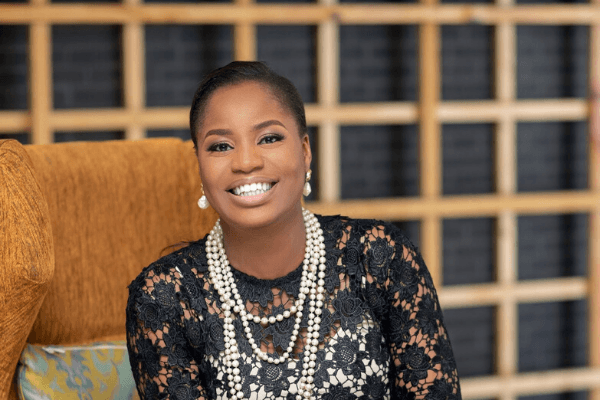 Iroghama graduated from the University of Massachusetts, Boston with a BSc. Biology and Psychology in 2007. In 2011, she completed her Master’s Degree in Health Promotion and Public Health from Brunel University, London.

In the year 2014, Iroghama was recommended by a consultant firm, during a corporate restructuring of Starzs Investments Company Limited (SICL), to serve in an executive capacity in the Company. In September 2014, she was officially appointed Executive Director and subsequently, she assumed the role of Chief Operating Officer, SICL, a ship-owning and marine logistics provider with a fleet of vessels providing offshore support to various International Oil Companies. Her youthful and spirited personality combined with an unparalleled commitment to the vision of Starzs has immensely impacted the overall growth of the company in a short while.

Iroghama Obuoforibo is an alumnus of the Harvard Business School OPM program and a member of the Institute of Directors (IoD). She is also a Director of Eaglewatch Security Company, a security company that was established in 1999 to provide professional security services.

In 2010, she founded Hair Hairven Limited, a company which manufactures hair care products for the maintenance of hair extensions and natural hair. The company has grown to include hair salons in its model by establishing multiple branches of “The Hairven Hair Bar” in Port Harcourt with plans to expand into other cities.

In 2013, she emerged the winner of the MTN maiden edition of “The Next Titan”, an entrepreneurial TV reality show that was designed to produce one talented young entrepreneur in the country through effective accomplishment of various business tasks.

She has received several awards for her business acumen and entrepreneurial spirit and has had a positive impact on youths through various platforms as she continues to strive for excellence. These awards include two consecutive Eagle awards for Young Entrepreneur of the Year and The Future Awards Nomination 2017.

Her entrepreneurial journey began years ago when she set up Hairven, specifically targeted to care for hair essentials. While trying to get her approval by NAFDAC to approve her hair care products, she stumbled upon The Next Titan in 2013, a reality TV show which aims to nurture emerging entrepreneurs.  She applied and was lucky to be selected among other young entrepreneurs to go into the house. On the show, she got engaged in numerous business tasks over a period of three months with other 16 contestants, and at the end of the day, she emerged the winner and she went home with N5 million and a brand new Ford car which was a turning point in her business.

It wasn’t an easy journey for her while going into her hairline business because her father was telling everybody back then that his daughter was studying medicine. He was disappointed when she told him she had dumped medicine for combined degrees. He was further confused when after graduation, Iroghama came back home with loads of human hair.

Obviously, her father wasn’t happy about her choice of career and as such, in 2011, she was sent to London for a Master’s degree in Health Promotion and Public Health at Brunel University, London. He did not understand how she initially said she wanted to be a doctor and then she changed her mind to be in public health and later wanting to be an entrepreneur who wants to sell “shampoo and conditioner” as he put it. Like they say, the rest is history as she is doing outstandingly well in her line of work and business.

In September 2014, Iroghama was officially appointed an executive director and subsequently, she assumed the role of the chief operating officer, SICL, a ship-owning and marine logistics provider with a fleet of vessels providing offshore support to various international oil companies.