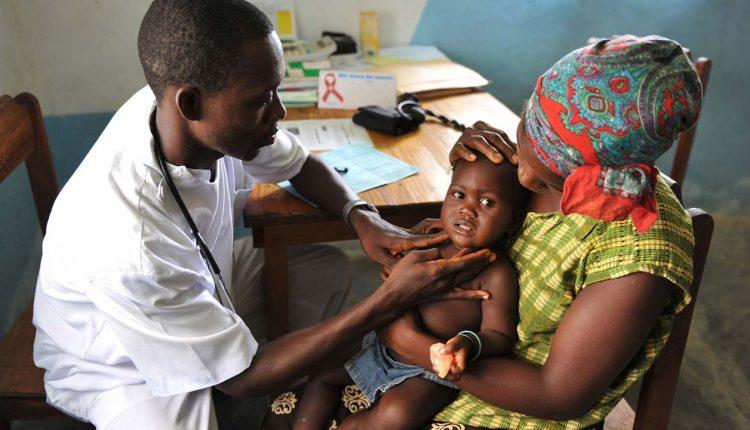 Healthcare delivery in Nigeria has experienced progressive deterioration due largely to weakened political will on the part of successive governments to effectively solve a number of problems that have accumulated in the sector over many years. This directly impacts the productivity of citizens and by extension Nigeria’s economic growth.

More than half of Nigerians population live on less than $1.90 a day (‘Poverty Head-count’), making them one of the poorest populations in the world. As of February 2018, the country was ranked 187 out of 191 countries in the world in assessing the level of compliance with the Universal Health Coverage (UHC), as very few of the populace are health insured, whereas even government provision for health is almost insignificant.

Out-of-pocket payments for health causes households to incur catastrophic expenditure. Private expenditure on health as a percentage of total health expenditure is 74.85 percent.

The implication of this is that government expenditure for health is only 25.15 percent of all the money spent on health all across the nation. Of the percentage spent on health by the citizens (74.85 percent), about seventy percent is spent as out-of-pocket expenditure to pay for access to health services in government and private facilities. Most of the remaining money spent by citizens on their health is spent on procuring ‘alternative’ remedies of dubious value.

Nigeria is better provisioned with health personnel than most other African countries. However, given its size and population, there are fewer health workers per unit population than are required to provide effective health services to the nation.

Sadly, the most commonly advertised reason is the ‘brain drain’ of health professionals to other countries, especially in Europe and America.

Survey shows looming brain drain in the Nigeria’s health sector in the rising trend of emigration of healthcare practitioners – physicians, nurses, pharmacists, and laboratory scientists, physiotherapists amongst others have difficulty getting into paid employment.

Many doctors, fresh out of medical schools, find it difficult to get housemanship positions. The situation occurs every year in finding placement for Pharmacy interns, Physiotherapists and Laboratory Scientists. The problem persists beyond the period of internship, when it comes to finding jobs. There are generally not enough job positions to go around.

The challenge of this is clear. The problem of skewed distribution, with the few available personnel being mostly concentrated in the cities, where most of the large facilities such as General Hospitals and Teaching Hospitals tend to be located.

The underneath issues for this may include the political dimension, with some states unwilling to recruit large numbers of workers from other parts of the country as an act of deliberate policy, preferring to employ their own indigenes, or, where there is a short-fall, preferring to employ foreigners mostly from North Africa on short-term contracts.

A National Human Resources for Health Policy was formulated by the Federal Ministry of Health and approved by the National Council on Health in 2007. Subsequently, a Human Resource for Health Strategic Plan 2008-2012 was drawn up to guide implementation of the policy at all levels.

The ultimate aim was to ensure that adequate numbers of skilled and well-motivated health workers were available and equitably distributed through the nation in order to ensure provision of quality health services.

The situation appears set to get worse. As the era of Sustainable Development Goals is commenced and the target of 2030 begins to come into focus, the statistics are far from providing reassurance.

One of the facts that will have to be accepted in the Nigerian situation is that what is required to get round the problem of inadequate numbers of health workers of all categories, which itself is due to inadequate training capacity, brain drain, inadequate numbers of employment positions, is the uneven spread of workers not only between urban and rural areas, but also between southern and northern states.

It is appropriate that such a complex and diverse assignment as ensuring that every citizen of a country lives a reasonably healthy life and has access to good health care, both preventive and curative, be guided by clearly defined policies that set out goals to be achieved and pathways towards the attainment of those goals. Nigeria has had a succession of well-articulated policies both in the broad area of health and in specific areas such as mental health, HIV/AIDS, and Integrated Disease and Surveillance and Response.

A National Health Policy was formulated in 1988. It was subsequently reviewed in 1996, 2004 and as recently as 2016. Though the terminology employed in the different documents has evolved, the central objective remains the same that Nigerian citizens should enjoy a level of health that would enable them to lead fully productive lives, attaining their own personal development goals and contributing meaningfully to national development.

In moving towards unhindered access to healthcare for all citizens, an effort has been made to define the inputs of the three tiers of government in the country.

Primary health care includes the provision of facilities and personnel to carry out ‘public health’ functions such as immunisation, but also such ‘private health’ interventions such as the treatment of common health problems such as malaria and diarrhoea diseases. It is meant to be essentially the duty of the local governments, of which there are a total of 774 in the nation.

State governments were to provide support for the local governments – financially and organizationally— as well as being responsible for a second tier of health facilities in the form of general hospitals, responsibility for a third tier of care – tertiary healthcare. Teaching hospitals, specialist hospitals and ‘federal medical centres’ belong in the province of the Federal Government.

Nigeria’s government can make healthcare affordable and accessible with good, quality service delivery through strategies in reversing the brain drain as well as patient drain, an enabling framework and policies by the government that would encourage private sector participation in healthcare sector.

Also, there is a need to increase technology adoption to spur growth and development in the country’s healthcare industry.

Why $1bn approved for Ajaokuta Steel makes no sense

UNHCR and flickers of hope in conflict-ridden Lake Chad…