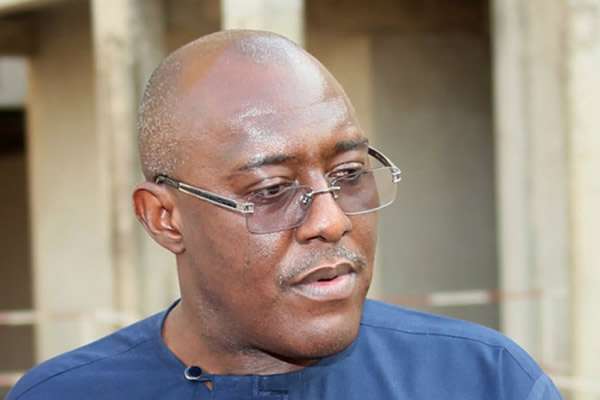 Metuh, who was convicted on all the seven-count criminal charges brought against him by the federal government will however spend only seven years in prison. The sentences are to run concurrently.

The sentence is to take effect from Tuesday, according to Justice Abang, the trial judge.

The former PDP spokesman was also ordered to forfeit the sum N375m and another N25m to the federal government.

Delivering judgment on the corruption charges against Metuh, Justice Abang also ordered that his family company, Destra Investment Limited be wound up and all its accounts with the Diamond Bank closed and all the money there-in to be forfeited to the federal government.

The court found the former PDP spokesman guilty of unlawfully taking possession of N400 million from the account of the Office of the National Security Adviser (ONSA), domiciled at the Central Bank of Nigeria.

Justice Abang held that the money, being a proceed of unlawful activity of the former NSA, Col Sambo Dasuki (retd) was expended recklessly to fund the campaign of the PDP during the 2015 general elections.

The Court rejected the claim of Metuh that former President Goodluck Jonathan approved the release of the money to him for the execution of a national assignment bordering on security issue, adding that throughout the trial, the convict did not show any contract document his company entered with ONSA to justify the payment to him.

Although Metuh claimed that the money was released to him on the instruction of former President Jonathan, Justice Abang held that the convict abandoned his struggle to invite the former president to give evidence in his favour, while Dasuki, who was in court as his witness was not of help to him as he requested for time to refresh his memory but never showed up again.

The judge also agreed with EFCC lawyer, Sylvanus Tahir, that the convict ought to have reasonably known that the N400 million was a proceed of fraud because there was no contract paper or procurement to justify the release of the money to him.

To worsen the situation, Justice Abang held that Metuh, in his claim named several PDP chieftains in attendance when the purported security contract was awarded, adding that no single service chief, who was in control of security of the country was called as witness.

Justice Abang also held that the ways and manners in which the N400 million was disbursed by Metuh did not leave anybody in doubt that the public money was recklessly used to fund the campaign of the ruling party in the 2015 general elections.

Among others, the judge found as facts that Metuh gave N25 million to Abba Dabo for media advocacy on 2015 election, N21.7 million to late Chief Tony Anenih, N5 million to Kema Chikwe, a former Aviation minister, N31.5 million to Richard Ewedioha, N50 million to Kanayo Olisa Metuh, and another N200 million to Daniel Ford International, while N50 million was also transferred to his wife’s personal account.

Justice Abang held that the claim of Metuh that the N400 million was for national security assignment cannot stand in the face of the law in view of the fact that the money was deployed to the political activities of his party.

The court also found Metuh guilty of concealment of $2 million cash, which origin was not established throughout the four-year trial of the charges against the convict.

The judge held that Metuh ran foul of the law when he released $1 million to one Kabiru Ibrahim and collected naira equivalent if N183 million deposited into the Destra Investment account with Diamond bank.

In invoking section 15(3) of Money Laundering  and Prohibition Act 2011as amended in 2012 to sentence Metuh to 39 years imprisonment, the judge held he deserves no mercy because of his arrogance and stubbornness throughout the trial.

The judge also lambasted Metuh for destroying page three of his confessional statement made to EFCC to cover up his admission that there was no contract paper for the purported security contract and no contractual relationship with the ONSA at the time the N400 million was released to him, through his family company.

Justice Abang also took a swipe at two Senior Advocates of Nigeria (names withheld) engaged by Metuh, adding that it was painful that the two senior lawyers took delight in writing frivolous petitions against him for discharging his duty without fear or favour. He added that the two lawyers, by their actions were destroying the bridge they will cross as legal practitioners.