Nigeria’s foremost tertiary institution, the University of Ibadan, has recorded yet another milestone after it unveiled two project that would foster economic research and improve the countries academic ranking in the globe.

The projects known as the Uduimo Itsueli foundation and the Isaac Folorunso Adewole Library of Tomorrow (LoT), is part of the vision of the school aimed at making research count for national developments.

Both projects were named after two of the institutions alumni, Uduimo Justice Itsueli, chairman of the UI-reserch foundation and Adewale Isaac, a one-time minister of health under President Muhammadu Buhari’s administration and former vice chancellor of the school.

Speaking at the commissioning, Prof Abel Olayinka, Vice-Chancellor, University of Benin said the foundation shows the institutions drive towards producing leaders who can use research and research results to address the challenges, capture the aspirations of the Nigerian people and chart the path for national developments.

“The university of Ibadan has taken the bold steps to invest in creating this platform that is necessary for continual renewal of the competencies of our students, faculty and staffs as efforts are being devoted to support the research leaders as well as strengthen the pipeline with emphasis on early career research scholars as members of staff,” Olayinka said.

According to him, the research foundation which is one of the recent development of the institution, represents the emphatic declaration of the commitment and assurance that the products of the university of Ibadan are not only fit to lead, but are also prepared to make knowledge a cornerstone and driving force for national development.

The Uduimo Itsueli foundation is situated at the Ajobode campus of the university and is one of the five structures designed to make the UI-research foundation complex a formidable platform to stimulate the contributions of research leaders at the university. 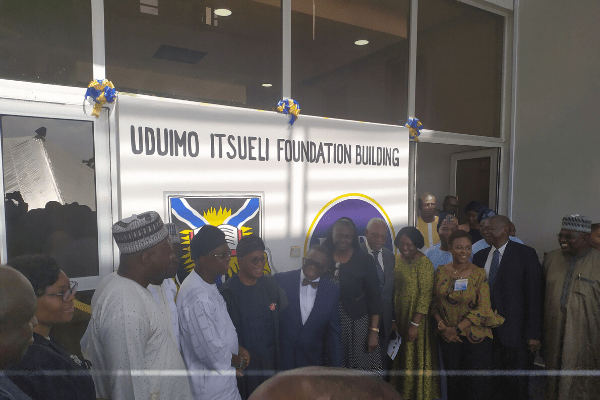 Similarly, the Library of Tomorrow (LoT), named after the former minister is designed with the singular vision of serving as a sustainable platform for access to research information that can serve as a driver of evidenced-based decision making, foster knowledge economy and socioeconomic development of Nigeria.

Olayinka explained that the LoT, which is the first in Nigeria, is envisioned to provide up-to-date and facilitated access to research information necessary to enhance competencies and competiveness of early career researchers and postgraduate research scholars in research, grants funding and effective utilization of research outputs for national development. It would also facilitate effective vehicles for information sharing to promote comprehensive contributions of all stakeholders towards pragmatic evidence-based policy options and effective utilization of assets for national development; and lastly, create gown to town platform as a forum for communal participation and contributions to priority setting and enhancing policy impacts. 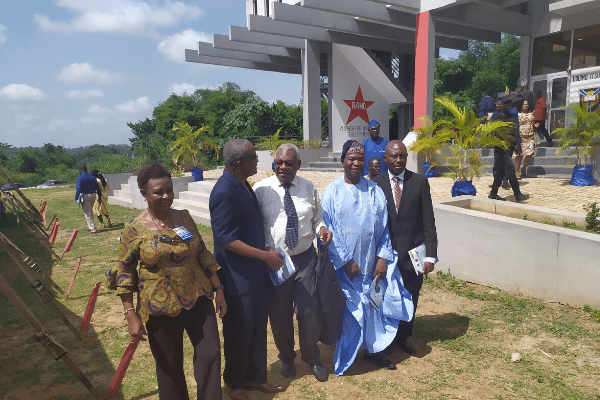 At the commissioning of the foundation, the institution created a “journal club”, a platform which it says would assist early career researchers, postgraduate research scholars as well as research leaders to benefit from collegiate open discussions on research topics.

The essence of the journal club is to allow people sit in an informal setting, do a critical review of published work which would have been selected, with each and every member of the group made to contribute and speak on what they have reviewed, said Prof Ayoade Oduola, Director, University of Ibadan Research Foundation.

“The idea is that through reviewing of other peoples work, they will be able to see the strength, the weaknesses and the opportunity that abide in such a research that would help spur people to think about solving problems using a highbred method which can be applied locally,” Oduola said.

At its take-off, over 76 members across various disciplines were enlisted into the club, without any monetary fees attached to their joining, who would interface with others outside the university.

Uduimo Itsueli, Chairman of the UI research foundation and whose name the project as named after, tasked early researchers on the need to develop innovative original works that can have patent.

He noted that research for the sake of theory alone would be of no use until such researches are used to improve humanity and that can be done by commercializing.

“My involvement here is to see how I can collaborate with them so that whatsoever research the institute comes up with, we can make it beneficial to all who are not in the university,” he said.