Sokoto to partner Britain on Rejuvenation of State Legal System 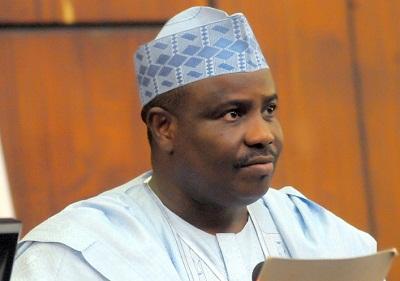 Sokoto state Governor, Aminu Waziri Tambuwal, has reiterated his administration’s determination to partner Britain in its attempt to revamp and rejuvenate the state’s legal system.

Gov. Tambuwal made this known when he received a delegation from Britain led by a member of the country’s parliament and its former justice minister, Helen Grant.

The delegation was in the state to understudy the prevailing justice system with a view to organising training for judges, magistrates and law officers.

Receiving the group at government house, Sokoto, Tambuwal explained that the state inherited its current legal system from Britain, adding that it was proud of its history, heritage and contributions to humanity as well as peace in the world.

Governor Tambuwl further pointed out that the relationship between Sokoto and Britain predates Nigeria as a nation.

He maintained that in consideration of the strong partnership between the United Kingdom and Sokoto people, some of the city’s streets and roads had been named after some Britons such as Clapperton, Barth, and Lander roads among others.

In her remarks the leader of the delegation, Grant, expressed delight on her visit to the state, stressing that she is proud of her African heritage.

She explained that in view of the importance of the partnership between the United Kingdom and Africa, an economic forum dubbed ‘UK-Africa investment  Summit’ was held last week in London and hosted by the British Prime Minister.

Grant also pointed out that a strong partnership had been built between the United Kingdom and Africa.

She emphasised that the proposed training of judicial officers in Sokoto state would go a long way to further strengthen the rule of law and enhance the evolution of a people-friendly judicial system in the state.