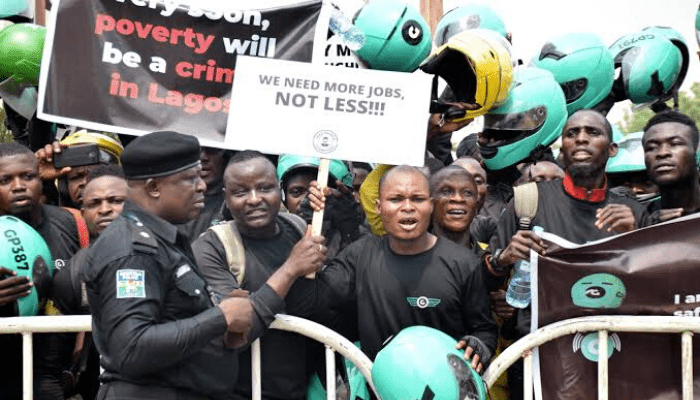 Oyo State Government has pledged to strictly control the influx and operations of commercial motorcycles in the State, following the ban on them by the Lagos State government.

Akin Fagbemi, executive chairman, Oyo State Road Transport Management Authority (OYRTMA), said on Monday in Ibadan the agency was aware of the “massive exodus of affected motorcycle operators to Oyo State” which he said was expected. He declared that OYRTMA was in control of the situation.

In a statement made available to journalists, Fagbemi said that as the state awaited the decision of governor Seyi Makinde “on the proscription or otherwise of motorcycles within the major highways in the State,” it was important for the people of Oyo to prepare for the change.

He further revealed that, although the State is reputed for its hospitality, it, however, would take proactive steps to stop any breach in the security of Oyo State or overstretching of the available infrastructure.

Fagbemi disclosed that OYRTMA had put in place measures to have a central database of all commercial tricycles, motorcycle, and cab operators within the State, so that their identities and vehicles are known to the Government.

He revealed that measures were at an advanced stage to kick-start the routing of all cabs, tricycles and motorcycles across the State. This, he said, would enable easy identification in cases of stolen vehicles/machines, road crashes and operational axis.

Fagbemi said that with the support of sister security agencies, OYRTMA would continue with its ‘Special Operation-one-Passenger’ (SOOP), which directs motorcycle operators within the State to carry only one passenger as against the common practice of two or more passengers.

The Statement added that the Operation, which started last month, had led to the arrest of 200 offenders who are currently facing Mobile Magistrate Court for legal adjudication and sanctions if found guilty.

The OYRTMA boss stressed that these measures were aimed at reducing road crashes and preserving lives and property of rood users in Oyo State.