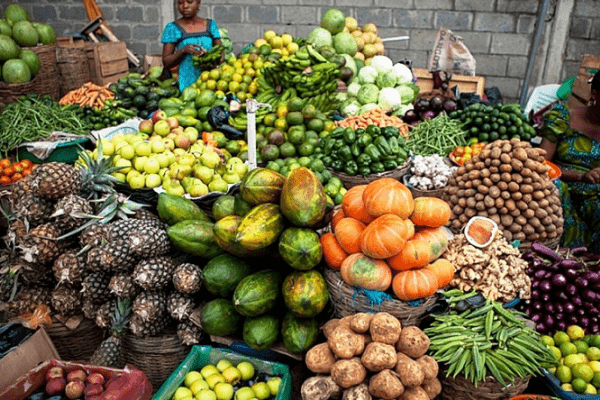 As Deltans joined the rest of the world to celebrate the 2019 World Food Day, the state governor, Ifeanyi Okowa, has called on developing countries to review policies capable of promoting food sufficiency.

The Governor made the call at the 2019 World Food Day Celebration held at the Cenotaph, Asaba.

The Governor, who was represented by the State Commissioner for Agriculture and Natural Resources, Julius Egbedi, while declaring open the World Food Day, said that government had put modalities in place to meet the theme of this year’s World Food Day, which is entitled, ‘Healthy Diets for a Zero Hunger World.’

Governor Okowa who went round the various exhibition stands with his entourage to have first-hand information on farmer’s produce and level of participation to ending hunger encouraged stakeholders to purchase homemade agricultural products.

He stressed the State’s government readiness to drive food sufficiency through various programs put in place to boost food processing and production.

Speaking further, Governor Okowa stated that the state government had put in place programmes to encourage farmers which include government participation in oil palm, cassava, rice, and tomatoes cultivation.

Others are fisheries, poultry, piggery, sheep and goat farming with strategies aimed at promoting agro-business and providing food sufficiency

He recalled the constant flooding problems that have affected farmers’ productivity within the state since 2012 and encouraged farmers to continue to put in their best, stressing that the state lies within the coastal lines as the government is looking forward to relief packages to farmers

Egbedi, represented by the Permanent Secretary in the Ministry, Sir Austin Oghoro said in a bid to achieve zero hunger, government from inception, had given agriculture its pride of place, through his policies and programmes.

He noted that agriculture is capable of repositioning the nation’s economy whence the state government under the leadership of Governor Okowa had done all within his administration reach to strengthen and equip effective extension services to encourage farmers as well as adopt best practices and nutrition.

Also speaking, member representing Aniocha South Constituency and Chairman House Committee on Agriculture, Austin Chikezie who was a onetime Commissioner for Agriculture stated that Delta State Government is doing its best to ensure that the state is food self-sufficient.

He commended the federal government on the closure of the border and ban on importation of rice, saying that it will encourage our local farmers, saying that Delta State before the ban had put various programmes in place to encourage rice farming.

The highpoint of the event was the tour of products exhibited by farmers from different farmers’ associations and the presentation of Prizes to farmers who distinguished themselves in their farm produce.