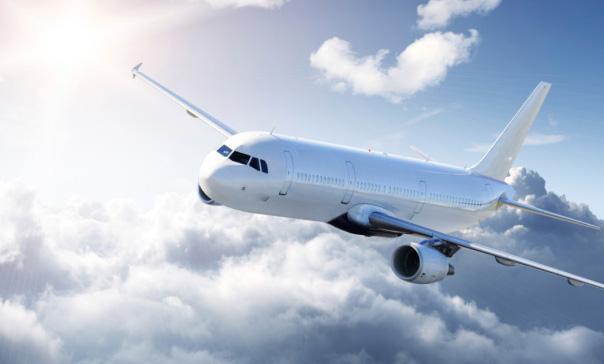 This was as ICAO also disclosed that the industry supports 6.2 million jobs, making it one of the fastest growing in the world.

President of ICAO Council, Bernard Aliu stated this at the 50th anniversary celebration of the African Civil Aviation Commission (AFCAC) in Dakar, Senegal. The ICAO boss’ submissions were contained in a statement on Wednesday by James Odaudu, director, public affairs, Federal Ministry of Aviation.

His words: “In Africa today, air transport supports 6.2 million jobs and 55.8 billion dollars in Gross Domestic Product (GDP), and the African aviation market is one of the world’s most promising in terms of its overall growth potential, due largely to your emerging industrial sectors and steadily increasing population figures.”

According to him, “in accordance with ICAO’s long-term traffic forecasts, passenger traffic for the Africa region is expected to grow by 4.3 percent annually up to 2045, while freight traffic should also expand faster than world average, at 3.9 percent annually over the same period.

“These increases should see aviation-related employment in Africa increasing to roughly 9.8 million jobs by 2036, and its air transport GDP impacts almost tripling to $159 billion over the same period.”

He further stated that the trend underscored the tremendous potential of well-managed and ICAO-compliant air transport growth to lift this continent into a new era of promise and prosperity.

“Air connectivity is a unique and indispensable catalyst for socio-economic growth, and one which facilitates mobility and contributes to the development of trade, tourism, and services both within Africa and between it and the world” he noted.

The direct routes air transport establishes between international destinations and markets has been recognized for its critical contributions to State’s achievement of the United Nations Agenda 2030 Sustainable Development Goals, in addition to the implementation of the African Union’s (AU’s) Agenda 2063, he explained.

However, Aliu insisted, “We must also recognize and act upon the fact that the current status of connectivity on this continent is still sub-optimal, and thus hindering the realisation of the aviation benefits now awaiting African societies.”

Aliu said in January of 2017, Africa began addressing this situation comprehensively through the establishment of the Single African Air Transport Market (SAATM), a flagship initiative under the AU’s Agenda 2063. ICAO continues to support this initiative alongside the implementation of the Yamoussoukro Decision, the 20th Anniversary.

He, therefore, proffered solutions on what Africa needs to do to reap the benefits further. I would like to leave you with five key calls to action which will be instrumental to how effectively Africa optimizes its aviation capacities and potential in the years ahead – increase air connectivity, updating of the common African Civil Aviation Policy (AFCAP), States to adopt aviation infrastructure development and related priorities, strengthen and support the African Civil Aviation Commission (AFCAC) and better-trained personnel.

Earlier, Gabriel LESA President of AFCAC 50 years is a major milestone in the life of an organisation, as it is for any individual.

“Our commemoration is not so much a festivity, but a serious occasion to pause and introspect on this fifty-year AFCAC journey. AFCAC had a modest but important beginning, unable to manage its own secretariat, but with the guidance of the African Union (OAU) then and under the able management of ICAO, AFCAC grew to wean itself from ICAO and is growing into a maturing organisation that we are all very proud of today,” he noted.

“It has taken AFCAC along time to be able to effectively run its affairs, to the chagrin of most stakeholders at times and even longer to engender confidence and provide assurances in the discharge of its mandate,” he noted.

“Today, everyone can see and experience a glimmer of hope of the promise that moved our founding fathers in creating AFCAC. The accident rate trajectory over the years having been falling due to the interventions of AFCAC, the Effective Implementation of ICAO Standards across Africa are fast improving, holding promise for improving safety and security of civil aviation. Aviation safety and security are cardinal to the growth and contribution of civil aviation to Africa’s socio-economic development,” he said.