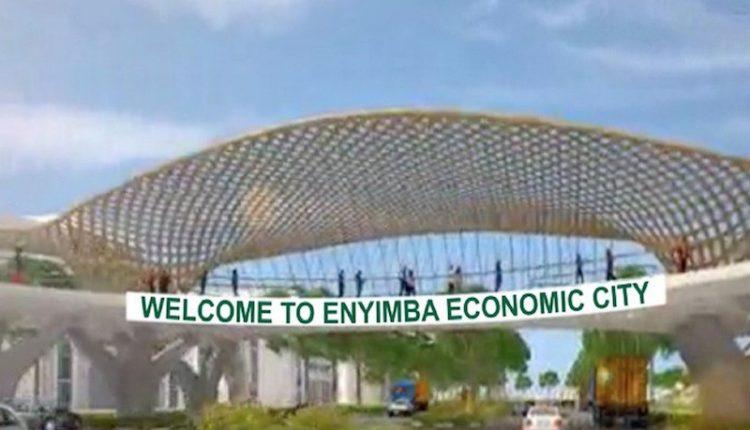 Enyimba Mall, a new shopping facility promoted by Checkbest International Limited, in Aba, the commercial hub of Abia State, will be ready in December, 2020, according to Chiedozie Njoku, managing director of the firm.

Njoku, while addressing journalists, Friday at the site of the Mall, situated at Etche Road, Aba city centre, explained that the project estimated at N1.7 billion, when realised, would improve the shopping experience of Aba residents.

He stated that the mall, which covers a space of 32, 700 square metres, would have a solar powered standby electricity unit, food courts with sitting capacity, ranging from 20-70 seats, independent water supply system, private security network and waste disposal system.

Njoku explained that the mall will be a total deviation from what he termed “the crude and unorganised shopping style” that is currently in operation around Aba, which is negatively affecting the state’s economy.

He observed that the shopping mall would improve shopping experiences of Aba residents and patrons to the commercial city, by giving them the opportunity to do window shopping in an environmentally and pocket friendly mall, comparable only to ones abroad.

“We found through research that most people, who would have come to Aba to shop, decided instead to do what is called way-billing; by transferring funds to traders in Aba, who would buy goods and send to them.

“This reduces the economic flow in Aba; it affects the restaurants, the hotels and the transport system.

“But with our planned mall, such a person, could possibly have a favourable shopping experience and so buy more than he initially planned.

“So, we decided to do something that will accommodate not just the people presently in Aba, but can also attract other people outside Aba, to come to Aba to shop, because shopping is an experience”, he stated.

Njoku said he initiated the project in 2018, a private citizen, born and bred in Abia, who traveled abroad, and decided to return and bring back something to the Aba community.

He noted that the project, which has a budget of N1.7 billion (one billion and seventy million naira) will not be a conventional mall, but will combine business, entertainment and relaxation in one centre with state-of-the-art facilities.

Njoku said that the mall has a total area of 32, 700 square metres, while the buildings sit on a land space of 11,980 square metres.

He further stated that the mall has provision for a multi car park system with room for further development and expansion in case of population growth.

Njoku explained that they have a three-pronged approach to protect the facility from fire, which includes erecting a fire deck to protect everything under the roof, fire hydrant within every 15 metres of the building’s perimeter fencing and three boreholes.

“We also want to donate a private water dispensing machine to the state fire service in case anything happens, he said.

He urged other private individuals having the capacity to contribute to the state’s development to desist from complaining and help the state by supporting the government.

He stated that his firm, through the project has encouraged Abia residents, to reject complaining about government’s inabilities and help make the state better.

He noted also that the project had shown that traders in Aba, can have a better alternative to displaying their wares and a more conducive atmosphere for people to shop.

Njoku explained further that the project is a Private Public Partnership (PPP) between his firm and Abia State Government, stressing that the land space is owned by Abia government, while every other investment on the land is his company’s.

“We worked out an arrangement where Abia state takes some percentage of what’s generated here”, he said