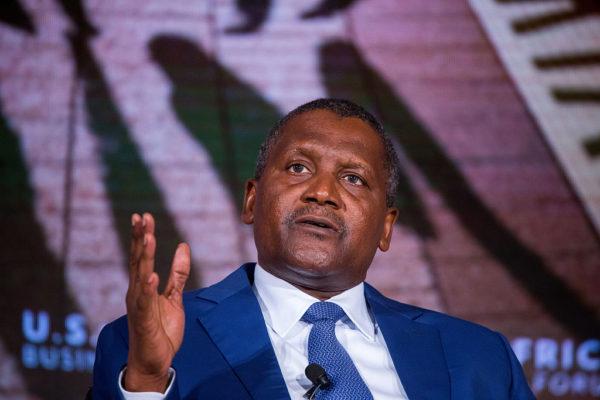 Share
Dangote Group and the Nigeria Police Force have reiterated their commitment to security of business environment and to further bolster investors’ confidence in Nigeria.
This is the fallout of a courtesy visit of the senior general manager (government relations) of the Dangote Group, Ibrahim Ali Garga, to the Inspector General of Police, Ibrahim Idris, in Abuja, a statement issued by Dangote Group said.
Garga in the statement said the president of Dangote Group, Aliko Dangote, was passionate about the collaboration in view of the need to secure Nigeria’s business environment.
He spoke glowingly of the Dangote security department under retired commissioner of police, Yakubu Adamu Alkali, whom he said had deployed his vast experience for the company.
He said the economy could only be stimulated to create more jobs given the right policies and the right atmosphere, adding that by the time the ongoing Dangote Refinery and Petrochemical projects were completed thousands of more jobs would have been created.
According to Garga, the Dangote Group is the largest employer of labour in the private sector and second only to government in Nigeria.
He explained that Dangote was present in 17 African countries and Asia, while host communities had been helping to secure these investments given that they were the beneficiaries.
“The magnanimity and selfless service to humanity by Dangote was amply demonstrated where instead of mechanized and automated farming methods, Dangote preferred manual labour in order to provide additional 5000 direct Labour to Nigerians during crop season at Savannah Sugar Company, even as the company was yet to breakeven since its acquisition 14 years back,” he said.
He extolled the Inspector General of Police for upping the stakes in policing and for proactive measures to rid Nigeria of criminalities, he demonstrated the trust reposed in his credibility and competency by the President Muhammadu Buhari.
He said the collaboration between the duo has been ongoing but it will strengthened, going forward.
In his reaction, the IGP commended President of Dangote Group, Aliko Dangote, for helping to curb criminalities through job creation, saying the best way to fight crime is to provide people with livelihood.
He said the effort of the Dangote Group to industrialize Africa was only possible in an environment of peace and security.