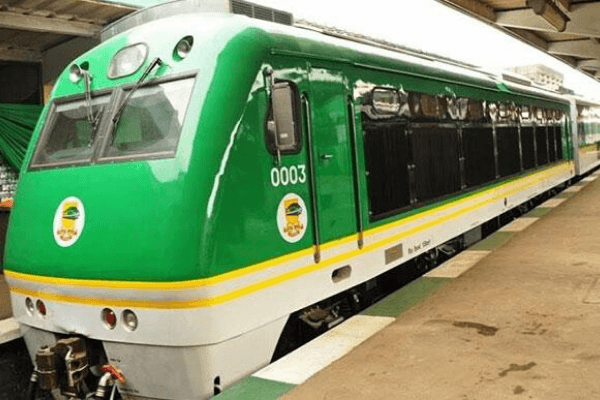 To urgently address the lingering shortage of passenger coaches on the 186.5 kilometer Abuja-Kaduna standard gauge rail service and the planned commencement of full passenger service on the nearly completed Lagos-Ibadan 156.5 kilometer standard gauge rail service, a 7-man delegation from the Federal Ministry of Transportation (FMoT) and the Nigeria Railway Corporation (NRC) is due back in the country from China today at the end of a trip for the final acceptance test of 44 units of coaches and locomotives.

The visit is one in the series of joint stakeholder meetings between the federal governments represented by the Federal Ministry of Transportation with its Chinese government counterpart with the China Civil Engineering & Construction Corporation (CCECC); the contractor handling the standard gauge rail projects in Nigeria.

With Hussaini Adamu, the director of procurement in the Federal Ministry of Transport as leader of delegation and some officials of the Nigeria Railway Corporation, the team travelled to China to finalise plans to take delivery of the said 44 coaches and wagons in other to increase the number of passengers and trip frequencies, especially on Abuja-Kaduna passenger train service.

The increase in number of travellers by rail with shorage of coaches has resulted to increase in train fares with ticket racketeering by the railway staff becoming an embarrassment both to the federal ministry of transportation and the management of the Nigerian railways.

In May 2019, the Senate called on the federal government to deploy more coaches to the Abuja-Kaduna rail line with a view to ameliorating the sufferings of passengers. It also demanded for increase in frequency of the train services in order to accommodate more people as the current four trips per day were grossly inadequate.

In a motion by Ali Ndume, APC senator from Borno state, he said the insecurity on the Abuja-Kaduna road had compelled a lot of people to abandon the road and resort to following the train and noted that, the current number of coaches could not accommodate the thousands of passengers that troops out to the train station every day.

The then 8th Senate advised the Nigeria Railway Corporation (NRC) to understudy the train fare in relations to cost with a view to reviewing the amount downward.

Members of the red chambers noted with concern, the undue pressure on the existing facilities at the Abuja-Kaduna railway line, saying most passengers turned to the train services as a safer means of transportation.

The train service which was supposed to be for the poor masses is being taken over by the elite due to insecurity on the road. This has contributed to the abrupt hike in ticket fares and consequent ticket hoarding and racketeering in the system.

During his regular inspection visits on tour of the Lagos-Ibadan standard gauge rail project, Rotimi Amaechi, Nigeria’s minister of transportation has always reiterated federal government’s commitment towards injecting more coaches and improving the Abuja-Kaduna passenger service and completing the Lagos-Ibadan standard gauge rail project and opens it for commercial use by April this year.

African Stars In Focus: Ayew, Mahrez, others dazzle as Aubameyang sent off

Lagos sector boss, FRSC spokesman promoted to ACMs in board…