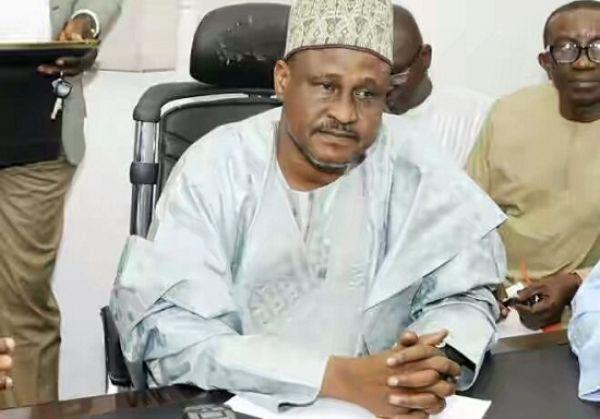 Director-general of BPP, Mamman Ahmadu, who disclosed this at the opening ceremony of the second edition of the 2019 conversion training programme for Procurement Officers in the Ministries, Departments and Agencies (MDAs), held in Lagos, said the support of the Federal Government to BPP had boosted the success rate of the Procurement Reforms and would continue to promote the implementation of the Public Procurement Act (PPA), 2017.

Ahmadu, who was represented by BPP director, Energy and Infrastructure, Babatunde Kuye, said the training, started by the BPP about nine years ago, was key to the institutionalisation of procurement reform in the Federal Civil Service.

According to Ahmadu, the training would equip the participants with the right skills to carry out their responsibilities in line with the PPA, 2007 provisions.

He said: “The  Civil Service being the heartbeat of any nation’s Public Service Administration is central to the implementation of political and economic plans of Governments such as the present Next Level thrust of President Muhammadu Buhari. It is important we get things right in the allocation or use of resources, hence the BPP is strengthening the Public Procurement Reform through continuous training. This three week conversion and certification course geared towards providing the needed expertise in the implementation of the Procurement Reform is a case in point.”

Explaining how procurement process works, Ahmadu said: “It is good to note that when allocations are made in budgets, we do not simply write out letters awarding contracts to contractor A or B based mostly on personal interest as was the case before the reform but based on Due Process of PPA, 2007. It is also noteworthy to mention that the nine essential steps of public procurement start with efficient procurement plan driven by needs assessment.

“Then there has to be adequate appropriation, followed by advertisement, and transparent pre-qualification.  Bid submission and bid opening process followed by bid evaluation process have to take place as well. Afterwards we have Tender Board or Federal Executive Council (FEC) Approval, and then contract execution. This is becoming entrenched in the Public Service as good credit for the reform.”

He said that transparency, competition, quality and the attainment of value-for-money are central to the Procurement Process. “We therefore do not have an alternative route to good Public Procurement practice. It is for this reason that we must continue to harp on its importance and internalize its details in order to effectively implement it. The Public Service is the engine room for change, and it is our collective responsibility to ensure that all sections of the law governing Public Procurement are fully put into practice.”

“I must say that we are not unaware that some people are itching to be Procurement Officers because they think it is a route to sudden wealth through the award of contracts. This wrong notion is rather unfortunate; I therefore urge you to lay emphasis on continuous professional development so as to engender good service delivery in order to enhance performance in the Cadre”.

Ahmadu said the BPP is working with some agencies of government to address specific structural and capacity challenges in their procurement processes. “In the same vein, as part of the procurement reform, Federal Government with support from the World Bank has approved six centres of excellence across the six geo-political zones to train and have graduates at the Master, Post Graduate Diploma and advanced certificates in procurement, environmental and social safety for both the public and private sectors.”

This, he added, would support the efforts of the BPP in providing right skills for its workforce adding that the BPP will work with the Secretary to the Government of the Federation (SGF) to enforce and apply appropriate sanctions on Agencies using unverified Procurement Officers in their operations.

He said the BPP was working with Ahmadu Bello University, Zaria, Federal University of Technology Owerri, and University of Lagos, to ensure standardisation of courses and researches directly impacting the economy, environmental and the social needs of the country.

Ghana suffering from too much electricity costing it $450m yearly

BCE gets N8.14bn Supreme Court order against NNPC 20 years after