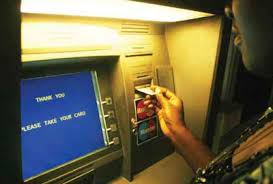 The Central Bank of Nigeria (CBN) and the Nigerian Electronic Fraud Forum (NeFF) have indicated that the number of Electronic-Fraud cases reported in Nigeria reduced by 63% in 2015. This reduction shows that fraud was better curbed, and more effective measures were taken to combat fraudsters in 2015, a report posted on the CBN website said.

The Central Bank of Nigeria (CBN) has continued to show leadership in driving NeFF – where Payments Industry stakeholders meet to share experiences on fraud and mitigating factors, the report notes.

It further disclosed that the sharing of cyber security intelligence in the financial sector grew in 2015 and has served as a model for other similar initiatives, not just in Nigeria, but also beyond our geographical entity.

A clear example of what is now known as; “The NeFF Story” is the documented reduction by 46% in attempted fraud while witnessing a 63% reduction in actual losses from 2014 e-fraud figures, the report said.

The 2015 Annual Report of the Forum has been named; “NeFF: Improving and Securing the Cyber-Environment”. This shows the importance the Forum accords to improving on cooperation among stakeholders, intelligence sharing and awareness of all consumers of eproducts of the threats inherent in embracing advanced payment technologies.