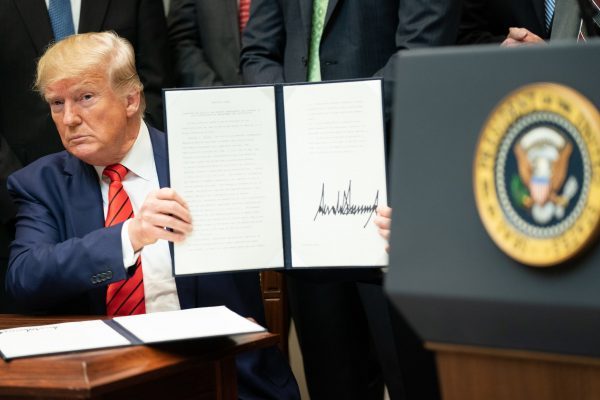 The plan by the Donald Trump administration to place a visa ban on Nigeria and six other African countries could have a devastating effect on tech startups.

The US President’s expanded travel ban is targeting countries like Belarus, Myanmar (also known as Burma), Eritrea, Kyrgyzstan, Nigeria, Sudan, and Tanzania. The announcement is expected to mark the three-year anniversary of the original order. President Trump also confirmed the plan at the recent World Economic Forum (WEF) in Davos.

The ban would place immigration restrictions on Nigeria and other countries but not necessarily completely ban all citizens from the blacklisted countries from entering the US. Some government officials and certain types of visas would be targeted.

Nigeria’s Minister of Information and Culture, Lai Mohammed described the plan as “hasty” and could send the wrong signals to investors.

“We are doing everything we can,” Mohammed told Reuters. “A travel ban is going to send the wrong signal to investors, it is going to stifle the good of the country and vulnerable people who need medication and schools will be the most affected.”

Apart from potentially straining the relationship between Nigeria and the United States of America, startups in the country which have benefited immensely from Silicon Valley-led investments and have built extensive partnerships with companies in the Valley area would be most affected.

“The reports of a potential US visa ban on Nigeria represent a sharp wake up call. I believe the policy will be walked back but this is terribly embarrassing,” said Sim Shagaya, founder of Konga and uLesson. “We are so much better than this. Maybe these are the sorts of things we need to end this celebration of mediocrity.”

The ban is said to be part of measures by the US to reduce the incidence of overstay by visitors to the country. Nigeria accounts for 26 percent of foreign students overstay in the US. In 2018, Nigeria had the third-highest number of US visa overstays in the world.

It is not the first time the US is taking a hard stance on Nigerian visa applicants. The US indefinitely suspended its visa waiver for Nigerian applicants in 2018 which allowed applicants who meet certain eligibility criteria to renew their visas by submitting their passports and supporting documents for review without going through a new in-person interview each time.

The next year, the US jerked up visa application fees for Nigerians by including “reciprocity fees” ranging from $80 to $303 depending on the class of visa. Although the increase forced the Nigerian government to reduce its visa application fees for US citizens, the reciprocity fees are still in place. The clampdown measures have resulted in Nigeria recording the largest global drop-off in visitors to the US.

Charlie Robertson, global chief economist for Renaissance Capital says while Nigeria’s inclusion in the list may achieve the US objective to some extent, it, however, penalises the legal majority.

US-based investors have led the most investment in Nigeria tech ecosystem with companies like Visa providing record financial backup to local companies like Interswitch and Flutterwave. The country has also hosted a number of the leaders in the global tech space from Facebook, Twitter to Google.

Nonetheless, the US ban could be an opportunity for startups to look towards Asia which influence has started to grow in recent times.