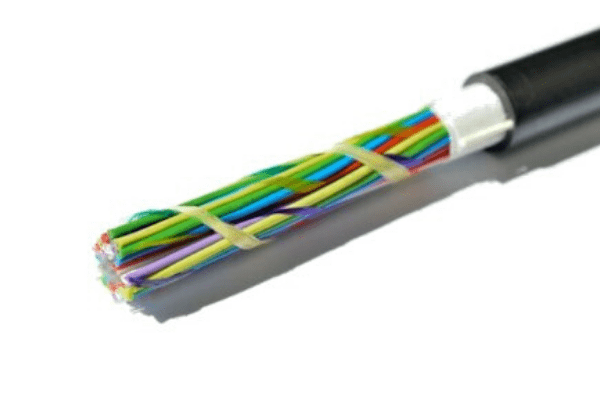 A major telecommunications infrastructure provider has approached the Ekiti State government for approval to build 160 kilometre of fibre across the state.

Akin Oyebode, special adviser, Investment, Trade, and Innovation at Ekiti Government who made this known through a tweet on Tuesday said the development was a result of the state’s decision to reduce the charge for the right of way for fibre cables to N145 per linear square from N4500.

The 160km project means Ekiti is getting an equivalent of 160,000 million metre or 524,934.3 linear square of fibre infrastructure which translates to over N76 million in revenue at N145 fee per linear square if it approves the deal.

As of May, six states have complied with the agreement reached with Ali Isa Pantami, the Minister of Communication and digital economy to adopt the NEC-approved N145 Right of Way fee for one linear metre of fibre cables laid.

Ekiti State was the first to announce in May it was reverting to N145 from N4,500. Imo, Plateau, and Katsina states soon followed. Kaduna and Kwara States took a different turn, announcing a record zero and N1 fees, respectively.

After the Ekiti State announcement, Oyebode took to Twitter to explain that the decision to reduce the fee was to enable the state to achieve full broadband penetration by 2021 to attract new businesses, create jobs, improve access to quality healthcare and digital education while improving generated revenue.

It is also aligned with the ongoing development of the Ekiti Knowledge Zone, designed to be Nigeria’s first service-based innovation park.

“The first thing to do is to improve broadband penetration. The second thing is talent. We have 15,000 graduates coming out of Ekiti annually, plus maybe five times that number from Ondo, Osun, and Kwara. That’s the talent pool we want to create jobs for if we can equip them with the right skills. It helps if you can plan a space around universities for a knowledge zone. We’ve got ~1,700ha reserved, within a quadrangle that has 4 universities and a polytechnic. It means you can plan the zone out, and not have to fit it into a fully built area,” Oyebode had said in March of the Knowledge Zone project.