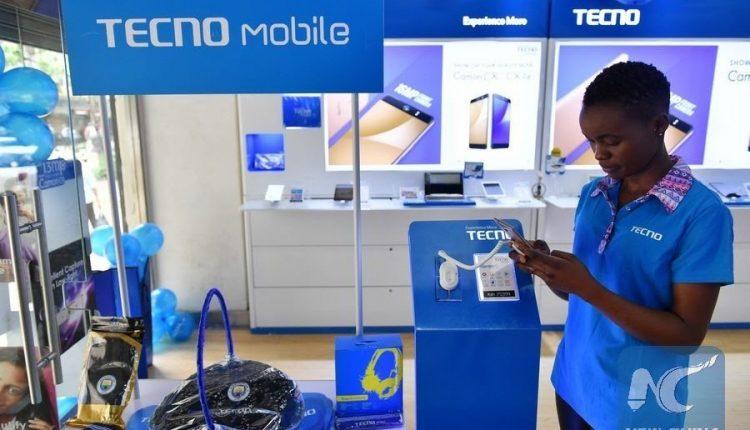 Transsion’s Tecno, Nigeria’s largest mobile phone brand, saw its smartphone market share decline by 3 percentage points to 45 percent in the first quarter of 2020. It is the first time the brand is losing so much since the first quarter of 2019 when it controlled 48 percent of the market. Before Q1 of 2020, Tecno’s numbers have hovered between 48 to 49 percent.

Using its Worldwide Mobile Phone Tracker, the International Data Corporation (IDC) found that smartphone shipments declined 13.6 percent, with demand for both types of mobile devices hit by cautious market sentiment in the wake of the COVID-19 pandemic.

The drop also affected the entire feature phone and smartphone markets as well. The June report of the IDC showed that Nigeria’s feature market suffered a 12.5 percent quarters one quarter (QoQ) decline in shipments in Q1 2020.

Nigeria is one of the countries that the virus is exerting a heavy toll on its economy. Households have seen their income drop drastically as members lose jobs, take pay cuts, or are furlong.

The market also dragged because China, where the majority of the global phone manufacturers have their plants, was the epicenter of the virus and therefore had to lockdown earlier than the rest of the world. The strict lockdown the country enforced led to many manufacturers failing to keep up with the demand for their products.

Nevertheless, the IDC says the pandemic isn’t entirely to blame for the decline in shipments. Nigeria declared lockdown in April. While the GDP per capita in Nigeria is at $2400, Nigeria’s middle class isn’t growing as expected, only peaking at 30 million people in a country of over 180 million. With more people living below the middle-class range and within the poverty range, feature phones which are far cheaper continue to dominate the market in Nigeria.

According to IDC, feature phones account for 56 percent share of all devices shipped in Q1 2020. However, most people prefer feature phones as secondary phones since they offer longer battery life, radio, and network access in rural areas where 4G infrastructure is underdeveloped.

Low pricing has been the Transsion’s primary strategy and why it has dominated the market in recent years. The company’s brands such as Tecno, itel, and Infinix offer more models in the entry-level and mid-range price bands, with devices going for less than $200.

“Competition is a major driver of this downward trend in average selling prices, a trend that has catalyzed smartphone adoption in the market. Despite seeing its share drop by 3%, Transsion’s Tecno brand continued to lead the way in Q1 2020, with its Spark 4 and Camon 12 models proving popular. Samsung also remained competitive in Q1 2020 as its A-series models offer superior specifications and are affordable for most consumers,” says George Mbuthia, a research analyst with IDC.

Despite the low price strategy, consumers had to pay more between February and March to buy feature phones and smartphones as vendors complain about a shortage in supply.

Prices of phones produced in China had increased by an average of 15 percent in February. For instance, a unit of Infinix Hot 8 phone sold for N36,000 in Abuja about a month ago is now being sold for about N42,000 due to the scarcity, says a report by Nairametrics.

The second quarter does not look promising given the lockdown starting from March which affected every form of traveling and movement. The easing of the lockdown in May has not brought respite as land and air borders remain closed, except for essential traveling and telephones are not considered as one.

The IDC says it expects a further decline of 15.7 percent QoQ decline in overall mobile phone shipments in Q2 2020 as the lockdown of major businesses that started March 26 and further measures aimed at curbing the spread of COVID-19 continue to have a negative impact.

“Distributors remain reluctant to keep large inventories as they look to avoid bonding more capital amid an economic slowdown with a fluctuating Naira and declining oil prices,” says Ramazan Yavuz, a senior research manager at IDC. “The lockdown has also led to the loss of income on the consumer side, which will translate into low spend on mobile phones.”