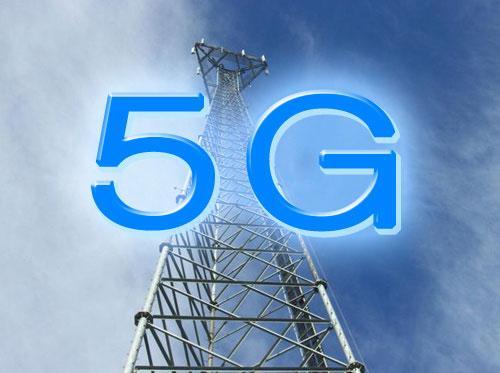 Professors of technology and industry experts have debunked the falsehood making the rounds on social media about the hazardous health implications of fifth generation (5G) internet and its possible linkage to the ongoing Coronavirus (Covid-19) pandemic.

In the last few days, posts on Facebook, Twitter, Instagram and WhatsApp containing video, audio and text messages that suggest that the launch of the new 5G technology is the cause of the COVID-19 pandemic have been circulating, and this has raised concerns and fears among Nigerians.

According to industry experts, people have always being afraid each time a new technology emerges, no matter how baseless their arguments may be.

“The fear attributed to mobile technology is that the signals (waves) are injurious to humans. Meanwhile most mobile signals fall within microwaves (extreme end of radio waves) which are non-ionising radiations. Ionising radiations like x-rays and gamma rays have far higher frequencies and their exposure to the human body may be injurious. However, they are not used for mobile telecommunication,” noted Tunde Popoola, a professor of radiation physics at the University of Ibadan, on a science faculty platform to debunk the narratives contained in an audio linking 5G to the spread of the virus.

Referring to the audio message trending on social media of a man claiming that 5G causes coronavirus, Popoola said “the man’s use of the word ‘radioactive’ reveals that he is completely ignorant of what he claims to be explaining. The word radioactive is from radioactivity which is a completely different phenomenon from radio wave. Technology is more than speculation. It is a product of basic scientific theories.”

It is important to note that communication networks – 2G,3G,4G or 5G and others to come in the near future – are generally in frequencies of the order of gigahertz (GHz or 10⁹ Hz). The bulk of energy from the sun (solar radiation) is in the UV frequency range (i.e.10¹⁵ Hz). Human beings have lived with UV radiation forever and so we are cannot now be under threat from a radiation of energy over one million times less energy than UV radiation.

Wakil Bako, director, technical standards and network integrity at NCC, the regulatory authority, dismissed the claims of possible harmful radiation caused by 5G, while speaking at the Social Media Week in Lagos earlier this year.

He explained that the radiation from the mobile devices are non- ionised and are not harmful to the populace.

Although Nigeria has not commercially launched 5G, the federal government says it has begun a critical review and study of the health and security implications of deploying 5G in Nigeria since it was test-launched in November 2019.

Ali Isa Pantami, minister of communication and digital economy said in a press statement that no license has been issued for the deployment of 5G in the country.

“President Muhammadu Buhari places a premium on the welfare, health and security of Nigerians.  As such, our desire for technological advancement will never be at the expense of the health and welfare of our citizens.

“Government will not act on the speculations only, but rather we will take an informed decision on 5G after due consultation with experts and the public.  I have also directed the NCC to engage citizens on any questions or concerns they may have regarding 5G,” Pantami said.

“It is well known that radiation below 6GHz does not pose any impact on human beings. There is no health, scientific or empirical evidence that suggests that WiFi, for instance, that operates at 2.4GHz and/or 5.4GHz has any natural impact on human, though WiFi operates at high speed.

Areas where 5G networks have been rolled out, like the United Kingdom, and others such as China (Wuhan), are operating at 3.5GHz. Currently, 3.5GHz was used for 4G technology under WIMAX in late 2000. There has not been any single case since then on health implications on human beings.”

The first trial of 5G was 2017 in Poland, yet no virus originated from there.  There were reports that 5G transmission led to some birds falling from the sky, but unverified. Experts are regulating such effects not just on humans but the environment at large. Also, many countries have rolled out 5G between 2018 and 2019 and no virus spread.

Conspiracy theories are the hardest things to fight. Brilliant and intelligent people get sold on these theories hook, line and sinker, that it becomes a typical case of too much knowledge making people mad; so much that necessary knowledge doesn’t make it through and this can be frustrating.

Stephen Powis, the medical director of NHS England, while speaking live on BBC at the weekend, said that the conspiracy theories linking 5G to coronavirus are “utter rubbish”.

According to Dapo Ojo, professor at Ladoke Akintola University of Technology (LAUTECH), “Mobile Communication, IoT, HCI, ML/AI are our jargons, it’s all I have worked on in the last 20 years. They do not need human living cells to operate. It is very embarrassing to see people link them because of COVID-19. Everything will be alright soon and it’ll be clear that all these are mere imaginations.”