POS transaction failure rate rise 15.3% in May amid eased lockdown 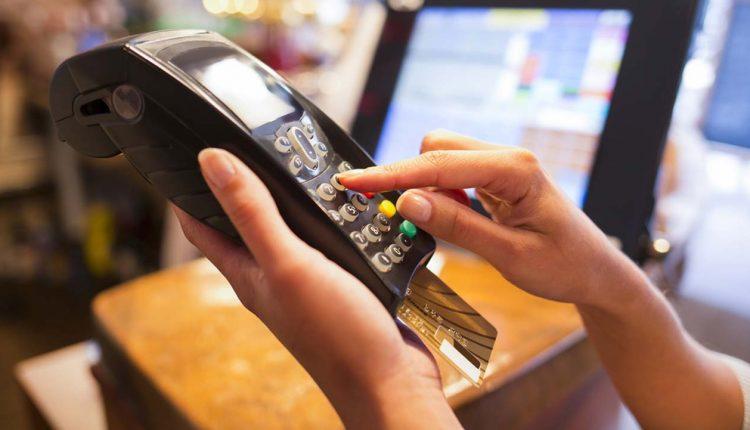 The rate of failure on Point of Sale (POS) transactions has been on a steady rise since May 2020. Data from the Nigeria Interbank-Settlement System (NIBSS) show that transaction failures has now risen to 15.31 percent between 2 and 8 May the week COVID-19 lockdown was eased.

The rate has been on a steady rise since April where it grew from 12.7 percent and ended the month at 14.17 percent. Successful transactions also dropped from 87.24 percent in April to 84.69 percent in May. 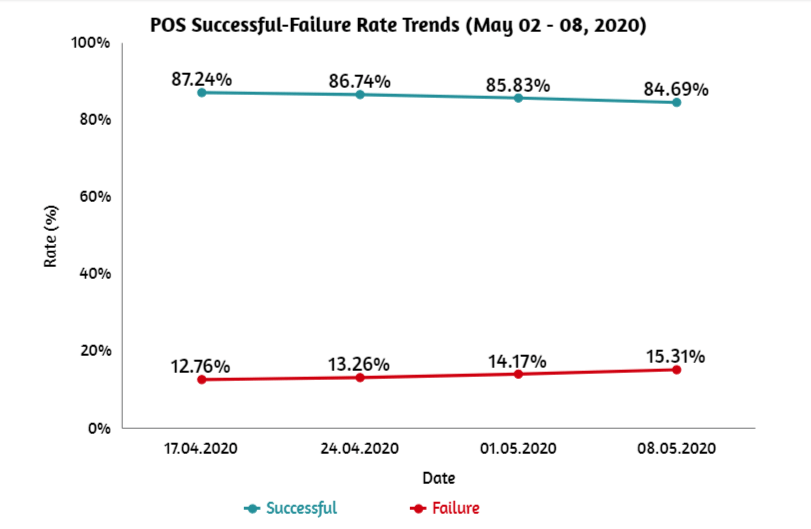 The increase may not be unconnected to the easing of the lockdown in Lagos, Ogun and FCT by President Muhammadu Buhari. After one month of lockdown aimed at containing the spread of the coronavirus pandemic in Nigeria, the President had announced the gradual reopening of businesses in the three states.

Customers, however, have accounted for a large portion (11.06%) of the failure in POS transactions according to NIBSS chart. Banks are responsible for 3.35 percent of the failure rate. 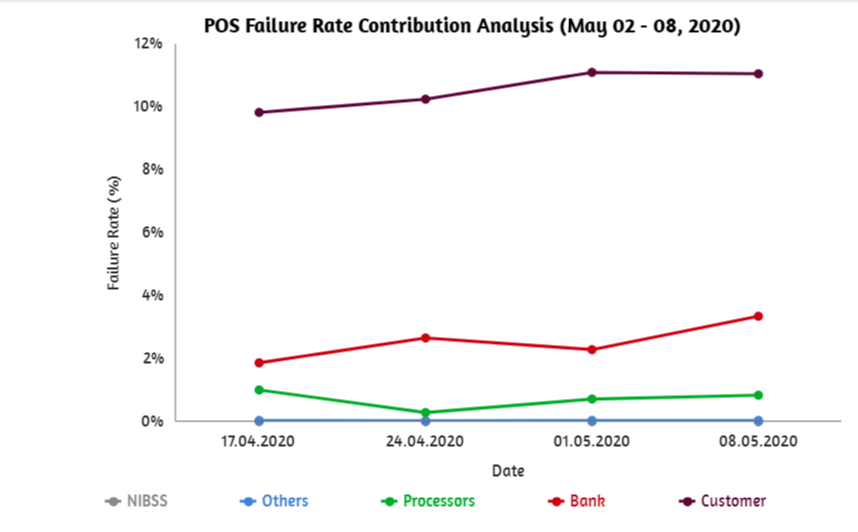 It would be recalled that the Central Bank of Nigeria had urged the banking public to make use of digital payment channels such as mobile banking, internet banking, mobile money, Point of Sale (POS), and USSD even as banks were expected to run skeletal promise. The CBN governor had promised that efforts would be made to ensure seamless transactions throughout the lockdown.

Although transactions on mobile phones grew by 14.5 percent between February and March and electronic bills payment rose by 36.6 percent customers’ experience was far from smooth as many reported an increase in failed bank transfers and POS transactions. The Federal Competition and Consumer Protection Commission (FCCPC) in a statement it issued on 22 April, said it has received a lot of complaints from consumers on issues bordering on failed electronic banking transactions within the period of lockdown.

Customers, however, have accounted for a large portion (11.06%) of the failure in POS transactions according to NIBSS chart. Banks are responsible for 3.35 percent of the failure rate.

Banks control nearly the entire 449, 998 POS terminals registered with 306,409 terminals deployed as of January. Nonetheless, persistent transaction failures and the long time required to resolve issues, customers appear to be growing impatient as the volume of transactions in January shows. Volume of transactions dropped from 46 million in December to 41 million in January the least it has been since September 2019. It is, however, a rise from January 2019 where volume was at 28 million.