Technology represents different things to many people. There are those who see it as a tool to improve products and services, grow profitability, and acquire new skills to put them on top of the industry.

But for 30-year-old Hauwa Yakubu, who has worked with some of the big technology companies, technology is a force for social impact and improving the lives of people, especially for vulnerable groups like women.

She currently provides mentorship to young women seeking opportunities in the tech world. These mentees are now working in different parts of the world and flourishing in their digital technology occupations.

“Who knows, maybe one day I’ll read about them in Forbes as the creators or co-founders of a fantastic software or invention,” she says.

Starting out, technology was not her first choice, having studied Real Estate at the university. She describes digital technology as a love affair that has spanned a period of 8 years, across 6 countries and 2 continents. In that period, she has helped to co-found a tech startup and volunteered her skills, time, and resources to Fareshare UK, a non-profit charity in the UK, championing the global food crisis through various means, including an appeal to Prime Minister Rishi Sunak which Hauwa led the photography team.

In its 25th anniversary, FareShare provided enough food to make the equivalent of 57 million meals, up 23 percent from the previous year.

Beyond her love for technology, Hauwa says curiosity is behind every job she has done. Part of that curiosity was built from watching her parents work in different countries exposing Hauwa to other languages, cultures, and people. This is how she sees digital marketing now, as a bridge allowing businesses to reach individuals in the most distant locations, via extraordinary tales, many of which may have remained unreported.

Digital marketing, for her, functions from an approach she refers to as SIVA which stands for Solution – the problem that is being addressed through a product, platform, software, or service; Innovation – new methods that differentiate the brand from the competition; Value – what sets the brand apart from the next brand; and Access – price, user experience, among others. Brands that understand this strategy would improve product quality, and create better solutions that impact digital marketing budgets and the profitability 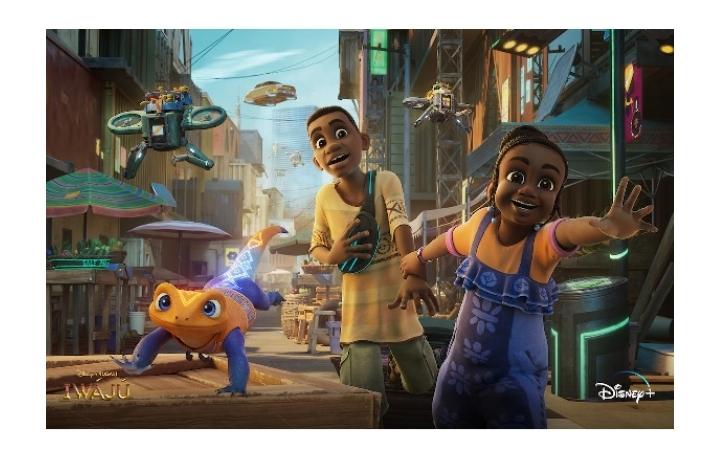 Hauwa has managed digital campaigns for Google, Walt Disney, Uber, Snapchat, and many others. While these open the mind to an infinite number of possibilities, she says every brand comes with a distinct digital marketing strategy. Hence, organisations that want to win in the marketplace need to adopt efforts to develop, streamline, or improve their digital marketing plan. This would help protect the company from inflation.

“Every company requires someone or a team to help traverse digital marketing: strategy, implementation, and practice,” Hauwa says.

She is currently working as the lead PR and publishing marketing for Kugali Media, the co-creators of ‘Iwaju’, Nigeria’s first animation series, with Walt Disney. Tolu Olowofoyeku and Ziki Nelson founded Kugali, a London-based 3D animation, and augmented reality startup. With the help of the crowdfunding platform Kickstarter, the founders were able to publish Kugali Anthology in 2017, which featured the work of top African artists from 10 different countries.

Iwaju, which is set in futuristic Lagos, is the first animation project Disney is working on with an outside studio in its 100-year history. Hauwa says there is a lot to learn about storytelling, and the endless possibilities and audience collaboration with Disney positions Kugali to tap into these opportunities.

“We recognise that while we run a platform that produces material for an African audience, there may be distribution and accessibility constraints – which is why we are introducing an app in the next months. As well as an academy to teach the future generation of animators in Africa, and most importantly, we are extremely happy to be at the forefront of telling our stories to the world,” she says.