Repairs on the two subsea fibre cables, SAT 3 and WACS, which on Thursday caused widespread internet blackout and slow speed may take days to repair, said Tenet, an institution that secures internet services for South African universities and research institutions.

“With regard to the WACS and SAT-3 remediation, the loading of spares at Cape Town harbour is delayed due to the wind situation,” Tenet noted in a Twitter post on Monday. “When the vessel has loaded and departed, the expected duration to location of the break is around 6 days. Fixing the break will take another week at least.”

Openserve/Telkom and Global Consortium Engineers who were mobilised from South Africa to attend to the damage on the two cables could not move from the Cape Town harbor due to strong winds.

On Tuesday however, Tenet confirmed that the coast was clear however the cable vessel expects to shift to the cable depot quay soon. They are waiting on go-ahead from Cape Town harbour.

A fault was found on the SAT-3 submarine cables which broke down near Libreville, Gabon, while the fault on the WACS was found off the coast of Congo. 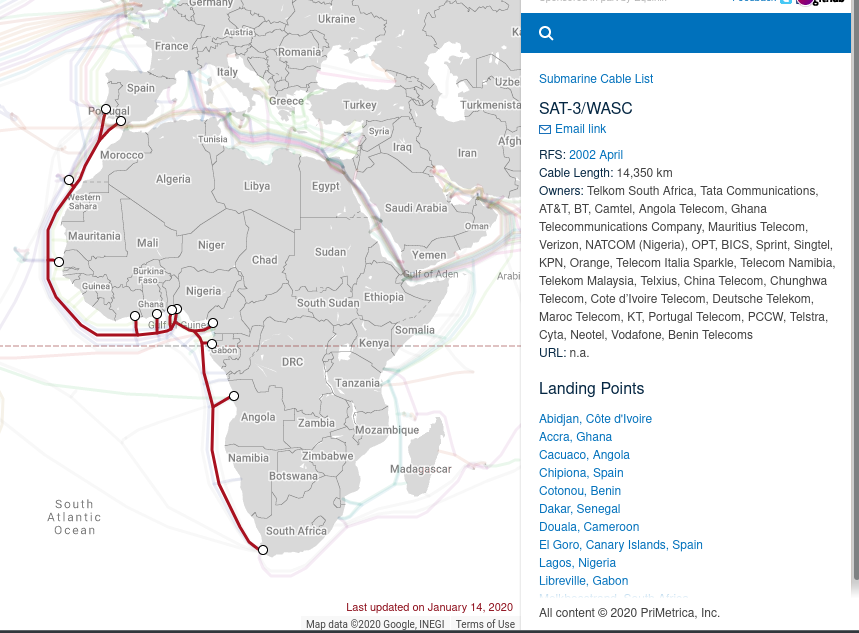 Cable repair ships are also said to be on site off the coast of Gabon-Nigeria to repair the fault. 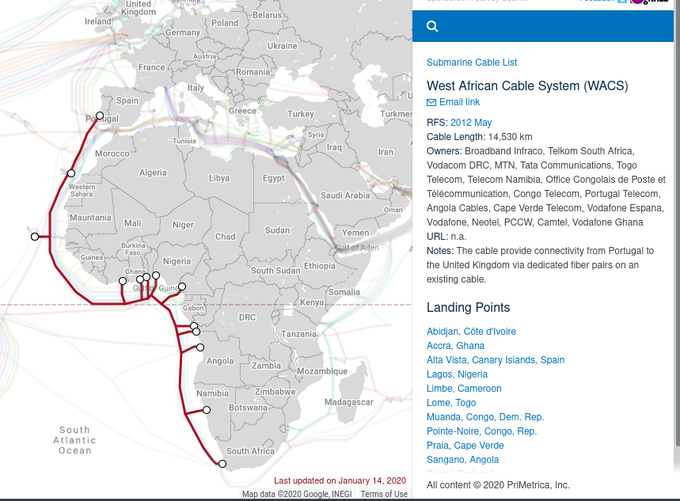 The two undersea cables, the West Africa Cable System (WACS) and South Atlantic 3 (SAT 3) connect Nigeria and other african countries to the global internet. The damage on Thursday affected many internet service providers (ISPs), major networks such as MTN Nigeria and most Nigerian banks’ services were also affected as a result. The largest telecommunication company had on Saturday apologised to millions of subscribers in the country on the slow internet speed they experienced.

Nigeria’s Minister of Communication and Digital Economy, Isa Ali Pantami also confirmed the loss of services across the country.

“The quality of internet has been ineffective these days due to a cut on Sat3 and WACS submarine cables in London & Congo,” Pantami said. “Any customer using the same route could experience the poor quality. Effort is being made to resolve the issue.”

NetBlocks.org, a non-profit organisation that tracks internet shutdowns noted that about 12 African countries were affected by the internet outage. Apart from Nigeria, other countries that were impacted include Ghana, Cameroun, Ivory Coast, South Africa, Angola etc.

“The cable vessel is still awaiting authorization to shift with an expectation to move to the cable depot quay during this afternoon or evening to start the loading of the WACS/SAT-3 spares,” Tenet said.